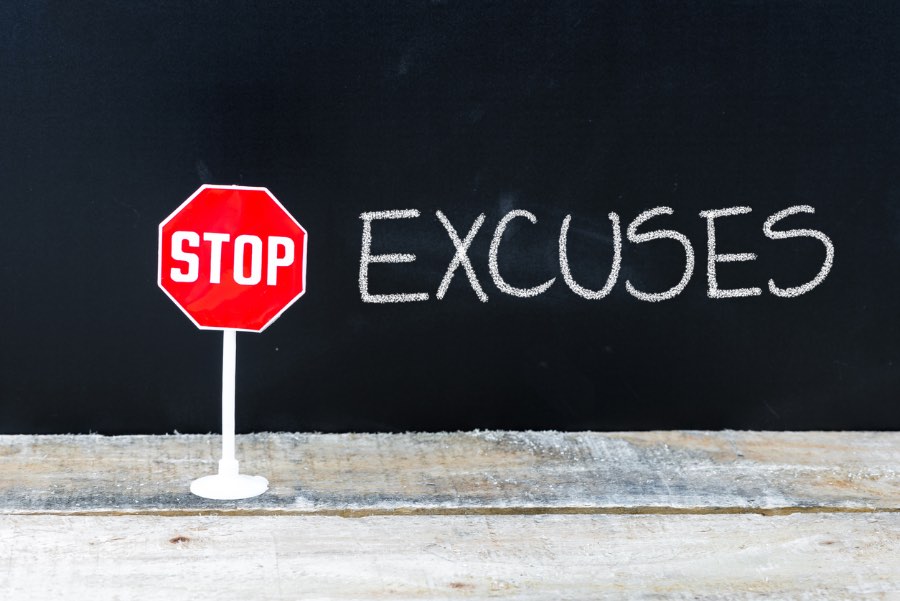 We’ve all made poor excuses, passing the buck to others in order to explain why we are not guilty. Yes, someone else is responsible. They did it, not me. If you want someone to blame, blame them.

It’s human nature to make excuses, but some of them are more pathetic than others. And when thinking about some recent political comments, a common thread could be clearly identified. It’s “the people,” not me. And “the people” have their reasons.

One of the Worst Excuses Ever

Going back to the book of Exodus in the Bible, Aaron, the brother of Moses made one of the worst excuses ever recorded.

He and the children of Israel had just heard God’s voice thundering from Mount Sinai with these unmistakable words: “You shall not make for yourself a sculptured image, or any likeness of what is in the heavens above, or on the earth below, or in the waters under the earth. You shall not bow down to them or serve them” (Exodus 20:4-5a).

Yet, as Moses lingered on Mount Sinai, meeting with the Lord, the people became restless and asked Aaron to make for them the image of a god to worship, which he did, forging the infamous golden calf.

When Moses came down from the mountain he was stunned and angry. He asked Aaron, “What did this people do to you that you have brought such great sin upon them?”

Aaron replied, “Let not my lord be enraged. You know that this people is bent on evil. They said to me, ‘Make us a god to lead us; for that man Moses, who brought us from the land of Egypt — we do not know what has happened to him.’ So I said to them, ‘Whoever has gold, take it off!’ They gave it to me and I hurled it into the fire and out came this calf!” (Exodus 32:21-24).

Yes, those wicked people pressured me, and I threw their jewelry into the fire — “and out came this calf!”

It just happened. Plus, it wasn’t me. “Moses, you know all about this people.”

This reference to “people” calls to mind the Rep. Ilhan Omar’s horrific description of the 9/11 terrorist attacks: “some people did something.” It’s painful even to type those words.

How it downplays the depth of evil involved and how it minimizes the agonizing losses that still haunt some of the victims and their families to this day.

“Some people did something”? What an outrage.

More recently, Speaker of the House Nancy Pelosi showed gross irresponsibility when excusing the destruction of a Baltimore statue honoring Christopher Columbus. (It was toppled by vandals and thrown into the harbor.)

At a recent press conference, when asked about the statue, she first explained that on a personal level, she’s not into statues and monuments and the like. She then stated that if the community didn’t want the statue there, that was up to them.

When she was pressed on this by a reporter who pointed out that this was not the decision of a city commission but rather of a mob of vandals, she answered, “people will do what they do.”

What? One of the top elected officials in the country responds to a brazen act of vandalism with, “people will do what they do”?

Would she say that if, God forbid, people vandalized her own home? “People will do what they do!” Really?

And then there was Alexandria Ocasio-Cortez’s justification for the wave of looting that has decimated cities across the nation, including beatings and even murder. Ah, but the people had a reason.

She said, “Maybe this has to do with the fact that people aren’t paying their rent and are scared to pay their rent and so they go out and they need to feed their child and they don’t have money. They’re put in a position where they feel like they either need to shoplift some bread or go hungry that night.”

Exactly. That’s why someone shoplifts a big screen TV. To sell it on the street in order to buy food. And that’s why a crowd beats a man trying to defend his own store. They were just so hungry that they couldn’t think clearly. (We’ll bypass the complete lack of logic in this statement, which claims that people “are scared to pay their rent” but they’re not scared to loot and steal in broad daylight.)

A Word to the Wise

I’m sure there have been horrific excuses made by Republicans over the years as well, but these came to mind tonight when reflecting on the theme of pathetic excuses.

So, out came this calf. And some people did something. And people will do what they do. Which is why they shoplift during the COVID-19 shutdown, because they’re hungry. Right.

A closing word for the wise, then: Next time, before making a lame excuse and blaming others, think about Aaron. And Ilhan Omar. And Nancy Pelosi. And AOC.

Let’s not be guilty of this same kind of folly.