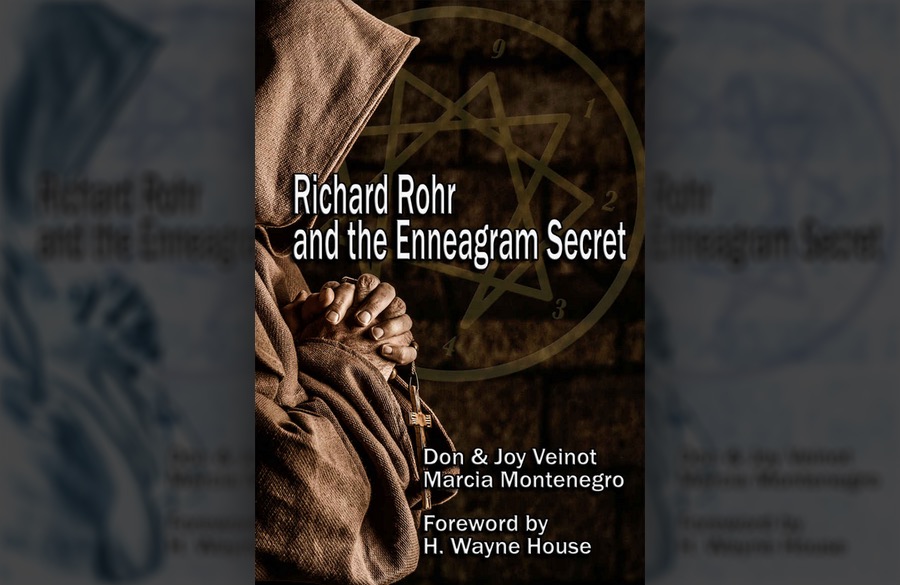 You’d think we already had enough problems to deal with this year. Add another one. Evangelical presses are pumping the Enneagram as the “sacred” “road back to you.” InterVarsity Press has twelve Enneagram books in its catalog now. Zondervan has just two that I could find, but they’re influential.

The Enneagram looks like a personality test. You fill it out and get results like any other personality inventory, and it reveals “Types.” As one teacher, Russ Hudson, says, however, “Type isn’t a ‘type’ of person, but a path to God.” From book titles on the Enneagram, it provides “a journey to self-discovery,” or “your unique path to spiritual growth.” (I describe it further in a previous cautionary article.)

Large churches and mission organizations are embracing it, including two with which I myself have had outstanding prior connections: Cru, the mission agency with which I served for 34 years, and Rivers Crossing Community Church in Mason, Ohio, where I’ve had great fellowship with two pastors, and where my son met his wife.

Publishers are pushing the Enneagram. I’m quite sure it’s making them a lot of money. Now, though, against all their corporate power, comes a pair of researchers who’ve done the work to show that it’s all based on a sham.

Don Veinot, Joy Veninot, and Marcia Montenegro don’t have major publisher power behind them in their new book Richard Rohr and the Enneagram Secret. They’re still planning one final round of editing for typos. I don’t usually review books at this stage of not-quite-readiness, but I feel I must make an exception this time, because someone has to stand up to these big publishers and say “Stop!” Someone has to come alongside Christian friends, too, and give them a friendly warning.

Richard Rohr figures prominently in their book’s title, because his name looms large in virtually all Christian Enneagram publications. Suzanne Stabile, author and/or editor of at least ten IVP books, says “whatever my teaching has become is easily traced back to him.” (The Road Back to You, 231.) He wrote the Foreword to Christopher Heuertz’s The Sacred Enneagram: Finding Your Unique Path to Spiritual Growth (Zondervan, 2017).

He’s a strange mentor for these evangelical presses to feature so brightly, for as Veinot and Montenegro clearly document, Rohr is an out-and-out Christian heretic. They quote from his website, where he teaches that creation was “the cosmic Christ’s” first incarnation. He denies Jesus’ bodily resurrection. He affirms an old Gnostic heresy, that Jesus and the Christ are two distinct beings. Veinot and Montenegro quote him speaking of “the eternal Christ, the Body of God, which is all of creation. … Jesus and Christ are not exactly the same.”

He’s a strange mentor for these evangelical presses to feature so brightly.

An article in The New Yorker tells us confirms that. “Rohr argues that the spirit of Christ is not the same as the person of Jesus. Christ — essentially, God’s love for the world — has existed since the beginning of time, suffuses everything in creation, and has been present in all cultures and civilizations. Jesus is an incarnation of that spirit, and following him is our ‘best shortcut’ to accessing it.”

This is not Christianity. Jesus is no “shortcut”! He’s not merely our best way to God’s love, He’s the only way. So at this point we must take note that the New Testament condemns nothing so severely as it condemns false teachers, putting forth a false gospel under the guise of Christianity. Rohr fits that pattern perfectly. It’s strange to see these authors and publishers give him such a platform. Not just strange, though; it’s manifestly unbiblical.

So the Enneagram and some of its promoters can be connected to a seriously false teacher. Does that mean the Enneagram is bad in itself? There are certainly more falsehoods surrounding it. Alice Fryling’s Mirror for the Soul: A Christian Guide to the Enneagram (IVP, 2017) gets its history badly wrong. She says the Enneagram’s “Christian roots” “probably go back to the desert mothers and fathers of the fourth century.” Veinot and Montenegro examine that claim in detail, and find that it’s off by 15 centuries or so.

The mythological history continues anyway. Some Enneagram authors say Ramon Llull used it to evangelize Muslims in the 13th century. Veinot and Montenegro straighten out the myth, telling us Llull “drew many diagrams overlaying all sorts of different shapes. … but none of these … represent the symbol we recognize today as the Enneagram.” There’s also “zero evidence,” they say, that “he used the tool to evangelize Muslims.”

So what do we know for sure about it? The “only certain history,” say Veinot and Montenegro, “is that the Enneagram begins with a man named G. I. Gurdjieff,” who lived from around 1866 to 1949. So much for ancient origins. Gurdjieff “believed all the secret laws of the universe could be seen in his diagram.”

Gurdjieff’s teachings have strong associations with what we call New Age beliefs today. From him the Enneagram’s history continues through an occult teacher named Oscar Ichazo (1931-2020), then New Ager Claudio Naranjo (1932-2019), and from there through another misguided step or two to Richard Rohr.

But What If It’s Good Anyway?

One might still ask, does that mean it’s a bad idea to use it? Let’s start with the easy answer: It’s a bad idea to publish books purveying nonsense about its origins. And surely by now you must be wondering whether anything that gets off to such a bad start can come to a good end.

Good question. Veinot and Montenegro document Suzanne Stabile and co-author Ian Cron saying “Jesus represents all numbers; it has been said in Christian Enneagram tradition that the Enneagram is the face of God.” That’s not coming to a good end.

“Heuertz redefines redemption as following your personal path on the Enneagram.”

There’s more, naturally. Enneagram promoters teach finding “the true self,” an “authentic self” through the tool. Veinot and Montenegro point out how this “resembles the Gnostic teachings in offering a special, ‘hidden’ knowledge of a ‘true self.’”

Christopher Heuretz titled his book The Sacred Enneagram. What makes it sacred? Is this not also sending believers down a false path? According to Veinot and Montenegro, “Heuertz redefines redemption as following your personal path on the Enneagram.” If that’s accurate, then it’s a terribly false gospel.

Can’t God Still Use It, Though?

Still Veinot and Montenegro ask — and it’s a good question — even if it has all these bad associations, can’t God redeem it for good use anyway? So many Christians claiming so much good from it, after all! Isn’t it at least useful as a personality assessment?

The answer to that is no. It doesn’t pass any of the standard psychometric validation tests. Translated into non-tech language, that still means what I said before: The answer is no. As a personality test, there’s no good evidence it measures what it claims to measure.

Some say it’s not a personality test anyway, it’s just your guide to a closer walk with God. Veinot and Montenegro beg to differ. God already gave us guides: The Word, the Holy Spirit, and the wisdom and fellowship of His people. The Enneagram isn’t on that list

Bored With the Bible? This Is Not the Answer

I sort of wonder if the evolved evangelical is getting a little worn out from the same old literal Bible study interpretations of stuff … bored with what their tradition offers, and therefore, they find a deeper and more contemplative system like the Enneagram offers.

Bored with the Bible? Jump on over to the Enneagram! That’s Heuertz’s advice. Sorry, but no, not me. Not Veinot or Montenegro, either.

Maybe you’re one of those who love the Enneagram. You have plenty of company. Have you given it the kind of study it calls for, though? You owe it to yourself to read this book and find out what you’re getting yourself into.