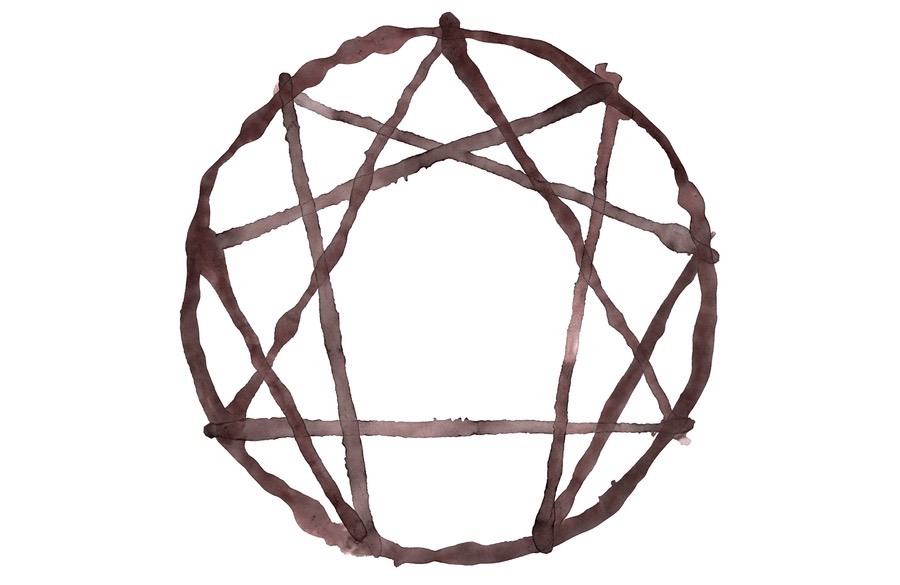 The Enneagram is a personality test of sorts, much in the same vein as the Myers/Briggs Type Inventory, or the DiSC test. It claims to do more than they do, though. I’d heard of it long ago, and I did enough work on it then to have serious doubts about it on technical grounds. Research on its validity — essentially, whether it reliably measures what it claims to measure — was unimpressive, to say the least. My friend Jay Medenwaldt has details on that.

That in itself ought to be of concern to Christians using it. “Validity” is psychometric tech-speak. Functionally, you could say another word for it is simply “truth.” An invalid instrument is one whose purported results aren’t quite telling the truth, in one way or another. That’s not to suggest the test’s creators were practicing deceit, only that the test results can’t be entirely trusted. Still it matters.

Yet Christians use it. My friend’s church is a fine one by every measure I’ve known. I’ve never attended it, but my son met his wife there. The mission group Cru, with which I served for 34 years, has taught “Going Deeper with the Enneagram.” One Cru staff seminar called it “awesome.” InterVarsity has apparently used it, too. Maybe they’re not so much in tune with psychometrics.

And honestly, I’m not a total stickler for validity myself, as long as tests like these are used appropriately. The popular DiSC test also lacks strict validation last time I checked. Still, I’ve found it useful as a conversation starter. I’ve used it to get team members talking with each other about their strengths, weaknesses, and relational styles. I put emphasis on starter there, though. I don’t encourage them to dwell too long on their test scores as if they told the complete and lasting truth about themselves.

My friend Dan was up to speed on these matters. He had all of it in mind when he told me about the Enneagram being taught at his church. But then he dropped a bombshell: the Enneagram was birthed out of an occult vision.

I looked into that, checking Marcia Montenegro’s website for my main source of information. (More than one knowledgeable friend has informed me she’s the go-to Christian thinker on this.) Turns out the occult-origin story is controversial, but the information I read makes it seem more than likely it’s true.

A simple investigation into the Enneagram reveals that its theories of personality are based on esoteric teachings and an occult worldview. The clear origin and purpose of the Enneagram is to initiate a Gnostic spiritual awakening to one’s alleged true divine Self, which is in itself an occult initiation. This is the claim and goal of virtually all occult and New Age teachings.

Montenegro calls it the GPS: “Gnostic Path to Self.” Gnosticism was a secret-knowledge heresy that plagued Christianity in its first few centuries. It still lives on in various cults and occult groups today.

Further Research on Origins and Effect

And yet I still had to ask whether this concern might be overblown. The New Testament’s teaching on “food offered to idols” (Romans 14:14-23 and 1 Cor. 10:23-32) tells us it’s not an item’s origin but its content that matters. What also matters is the confusion it might create for onlookers. But setting that aside, the more I looked into it, the more the content itself appeared problematic.

Even if it seems “eerily accurate,” as some people have said, it’s not worth staking any decisions on it.

Amazon only appears to offer one book on it written especially for Christians, which is not self-published: The Sacred Enneagram: Finding Your Unique Path to Spiritual Growth by Christopher L. Heuertz, with a foreword by Richard Rohr, published by Zondervan. Richard Rohr calls himself Christian, but he teaches an unorthodox universalist/evolutionary mysticism instead. That sets the book off to a bad start.

In a book trailer, author Heuertz describes the book in terms that continue to raise issues. He says the Enneagram “found me” and gave him “clarity” on “what it looks like to find our way home.” This is giving a human-created instrument of dubious origins way too much spiritual credence.

There’s more. It’s about “excavating essence,” for “self-liberation,” he says. It does what we can’t do for ourselves, which is to “self-observe.” It’s even “sacred,” he says, because it “moves beyond personality quirks … tethering us to our eccentricities and our foibles.” It’s about “nine inward journeys, nine inward paths back home to God.” It can help us “find our way back to the source of love that authentically defines us for who we are.”

That just about tipped it over the top for me. All this God intends to do for us through His Word, through prayer, through service, and through authentic, transparent Christian community. Not through an invalid self-report questionnaire, and not through one of “nine paths to God”! And especially not one with occult origins.

Still, I wanted to look at the book itself. On page 50, Heuertz seeks to answer Christian concerns about the Enneagram. The attempt is not, shall I say, very heartening:

Its role in bringing about a transformed life bears out its holy validity. And thanks in large part to the great work done by Father Richard [Rohr] and others to bring a Christian perspective to this ancient tool, evangelical seminaries and churches everywhere are incorporating the Enneagram into their curriculum.

I have serious trouble seeing how Rohr has influenced evangelicals with “a Christian perspective.” This is undiscerning at best. (I’ll leave it at that, to be as charitable as possible.)

That answered my final question. I have to agree with my friend Dan, with Marcia Montenegro, and others who’ve raised serious concerns about the Enneagram. It doesn’t have psychometric validity, it has occult origins, and it doesn’t fall in the potentially innocent “meat offered to idols” category. Its main proponents in the Christian realm appear to be using it for purposes God clearly intended to be fulfilled in other ways.

So I’ve decided I’ll never use it, and I strongly advise others not to use it, either. If you’ve used the Enneagram, even if you come to different conclusions about its spiritual origins and impact, you should at least know that your “number” comes out of poorly developed testing practices. Even if it seems “eerily accurate,” as some people have said, it’s not worth staking decisions on it.