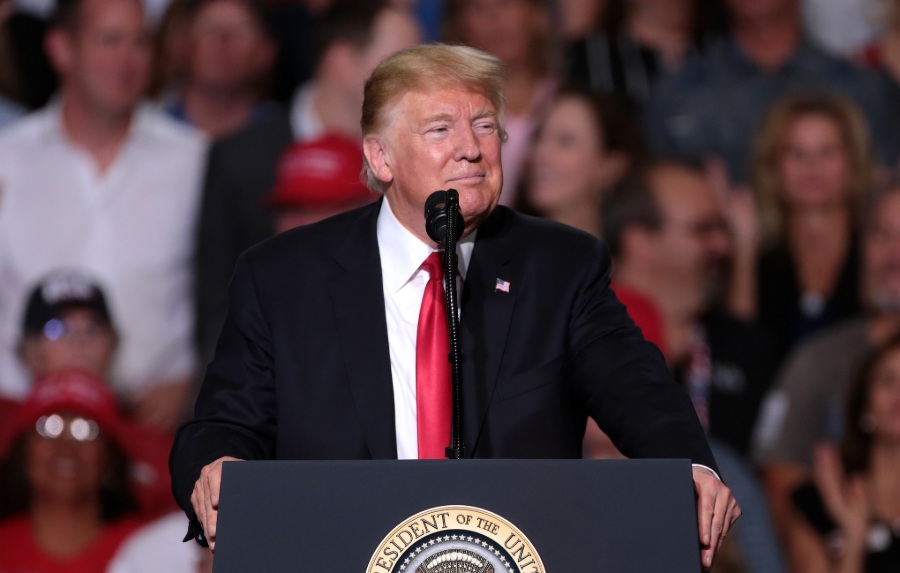 This is a perennial ethical question, one that is becoming increasingly relevant in our national elections. Do the ends justify the means? The simple answer is that it depends on what the ends are and what the means are.

In the view of author Ben Howe, when it comes to evangelicals voting for Donald Trump, the answer is no, the ends do not justify the means. The losses outweigh the gains. We may have made gains in the courts and elsewhere, but we have lost our credibility as Christians.

In the view of Professor Darrell Bock, it may well be that our vote for the president has done more harm (in terms of the degrading of the nation) than good (in terms of pro-life legislation, pro-Israel moves, and more).

In the view of strong Trump supporters, there’s no debate to be had: The man is fighting giants. He’s pushing back against so many societal evils (both nationally and internationally), not to mention taking on the leftwing media, doing his best to drain the swamp, and making positive decisions today that will help the next two generations. Who cares about some mean-spirited tweets and some ill-advised words? The man has been sent from God.

And so the debate continues, ceaselessly and endlessly, driven by the media and social media.

Illustration: When the Ends Don’t Justify the Means

How, then, do we sort this out? Do the ends justify the means? Was it justifiable for evangelicals, who so prize morality and integrity, to elect such an unevangelical leader to take up their cause?

There is an interesting anecdote in the Talmud that discusses a related ethical dilemma. A person came to a rabbinic leader named Rabba and presented his problem:

“The ruler of my village came to me and said ‘kill that person, and if you do not then I will kill you.’ Can I follow his order so that I will be able to save myself?”

The Talmud’s Teaching on Breaking Laws to Save Lives

And what, exactly, does this mean? As explained by Rabbi Adin Steinsaltz, “On a simple level, Rabba’s argument is that we cannot tell whose life is more valuable, so we will not allow you to save your life at the expense of another.”

Based on this logic, the Talmud states that various laws can be broken to save your life, such as the Sabbath or the dietary laws. In other words, if someone puts a gun to the head of an Orthodox Jew and says, “Eat pork, or we will kill you,” it’s permissible for him to eat pork.

But if someone puts that gun to his head and says, “Kill someone else,” or, “Engage in sexual immorality,” or, “Worship an idol or we will kill you,” then he must say no, even if it costs him his life.

So, when it comes to Jewish law, these three commandments (against idol worship, forbidden sexual acts, and murder) “are so severe that a person should give up his life rather than perform the forbidden acts.”

Many Christians have given their lives for similar principles, such as, “You can kill me, but I will not deny Jesus.”

In such a case, the ends (here, saving your life) do not justify the means (here, denying the Lord).

Illustration: When the Ends Do Justify the Means

But what if the ends are noble (saving other lives) but the means are anything but noble (lying, breaking some laws, and being nasty)? What then?

You get an emergency call from a friend. You have in your possession the antidote to a deadly snake bite, but it must be applied within one hour or the victim will die.

Your friend is frantic on the phone. Ten children, playing in a schoolyard, have been bitten by a venomous snake, but no one in the community has the antidote.

Thankfully, you have it, but you live 45 minutes away and there is road construction on the main highway.

The only way you can deliver the antidote on time is by violating the relevant traffic laws, getting out of your car and screaming at others to get out of your way, and, to overcome one last hurdle, telling a blatant lie. But you arrive on time and the children are saved.

Would anyone question for a split second that the ends justified the means? Not a chance. You would be viewed as a hero (or heroine) and everyone would recognize that you did what you had to do to save lives.

But what happens if you have to shoot and kill someone to get there on time? Do the ends then justify the means?

A Clean Conscience Without Defending the President at Every Turn

When it comes to voting for Donald Trump, many evangelicals would say, “It’s a similar situation. We were — and are — facing existential threats as a nation. Our very liberties are at stake. The lives of innocent babies are at stake. The make-up of the courts for the next 30-40 years is at stake. And on an international level, Christians were — and are — facing potential genocide, especially in the Middle East. Israel could be facing a nuclear Iran. Do you think babies in the womb or persecuted Christians in Syria or Israeli Jews care if Trump can sometimes be a brute? Wake up!”

Others would say, “Those, indeed, are weighty issues, issues of great importance. But what of the fact that we have lost our credibility as Christians by defending Trump at every turn? What of the fact that he has stirred up so much dissension and hatred, turning people away from the Lord? Is it worth it?”

These are the questions that everyone must answer, especially those of us who are evangelical followers of Jesus.

But to me, there is a simple way forward. If we believe that Trump is the best candidate for president after weighing all the pros and cons, we vote accordingly, making clear this is just a vote. Then, by our actions, our words, and the overall course of our lives, we show ourselves to be faithful witnesses for Jesus, feeling no need to defend the president at every turn.

Can it be done successfully? That’s the big question of the hour.