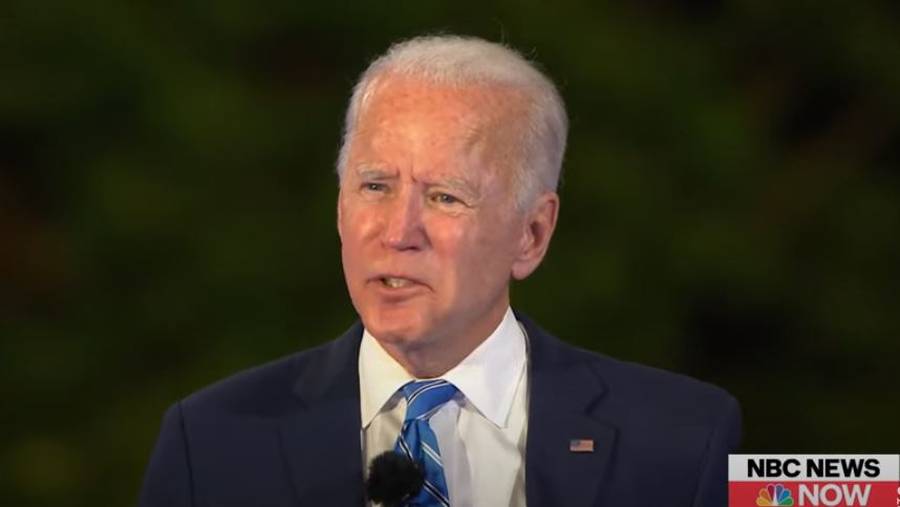 Columnist Ben Shapiro has come up with a doozy list of questions he’d like to see Pence put to Harris. (We certainly can’t expect moderator Susan Page of USA Today to put them to her.)

Check out his thread:

Things I hope Pence presses Harris on tonight:
1. Is your running mate a sexual harasser and a quasi-racist who attempted to stop a little girl like you from going to an integrated school?
2. Will your administration support court-packing? Yes or no?

After some back and forth, Mike Pence has finally agreed to Harris’ request for plastic partitions. Harris’ people claim it’s for COVID protection, but it’s another stage prop to scare people and keep COVID in everyone’s face even when they’re not talking about COVID. Why? Because beyond COVID, Harris has nothing.

Worse, as the Trump campaign wants to remind us, she’s not just coming for your guns (and your pocket books and your religious liberty). She is coming after your straws.

Joe and Kamala wouldn't only come for your guns.

Unmasking Joe and the Russia Hoax

Several times in recent days the Trump campaign has suggested Biden is using a mask as a prop. Maybe. Maybe not.

But just wondering: Where’s the mask now, Joe? And where is the media hysteria? Trump takes his mask off on his own balcony and the MSM melted down like that Nazi’s face in Raiders of the Lost Ark.

Speaking of the Russian hoax, President Trump Wednesday night authorized the full declassification of all documents related to both the Russian hoax and the Clinton email scandal investigations. No redactions. The two investigations are directly connected. Not only were the same investigators involved, not only did investigators like Strzok deliberately pivot away from Clinton to concentrate on getting Trump, but we now know from US intelligence that Hillary set out to create the Trump Russia hoax to distract from her email scandal.

Handwritten notes from former CIA Director John Brennan released Tuesday prove that he personally briefed President Obama on Hillary Clinton’s intentions in July of 2016. Shockingly, Brennan dismissed the revelation Tuesday night on CNN, claiming that even if Hillary was creating a false dossier, there’s “nothing at all illegal” about that. No, Johnny. But when you and Comey and the rest of your crooked horde take that fake dossier and use it as an tool to illegally spy on members of Donald Trump’s campaign, knowing full well that it is concocted, knowing full well the Russians likely helped feed the dossier, you are doing something illegal.

And you did it with the full knowledge — and participation — of one Barack Obama.

President Trump was quick to telegraph the revelation and again demand justice.

NOW THAT THE RADICAL LEFT DEMOCRATS GOT CAUGHT COLD IN THE (NON) FRIENDLY TRANSFER OF GOVERNMENT, IN FACT, THEY SPIED ON MY CAMPAIGN AND WENT FOR A COUP, WE ARE ENTITLED TO ASK THE VOTERS FOR FOUR MORE YEARS. PLEASE REMEMBER THIS WHEN YOU VOTE! https://t.co/gsFSghkmdM

Where are all of the arrests? Can you imagine if the roles were reversed? Long term sentences would have started two years ago. Shameful! https://t.co/w2s8LdiRu0

His physical exam and vital signs, including oxygen saturation and respiratory rate, all remain stable and in normal range. He’s now been fever-free for more than 4 days, symptom-free for over 24 hours, and has not needed or received any supplemental oxygen since initial hospitalization.

That’s good news. According to the CDC, “Antibodies most commonly become detectable 1-3 weeks after symptom onset, at which time evidence suggests that infectiousness likely is greatly decreased and that some degree of immunity from future infection has developed.” (Trump started developing the antibodies within 4 days.)

Translation: Seems like Joe’s hopes that the 2nd debate will be cancelled are dashed. And Fauci’s warning of a deteriorating condition proved false. And the TDS sufferers’ demonic dream of his passing has been thwarted.

It also means Trump can soon donate his tiger blood to help others hit with the virus.

Further proof we are living with a Soviet-level world of media deception. Joe Biden had a “town hall” on NBC Monday night. Lester Holt told us the questioners were all “undecided voters.” The fact all these voters did was toss nerf ball questions Biden’s way was the first clue NBC, like CNN’s earlier town hall, wasn’t on the up-and-up.

Well, now we know, thanks to the Washington Free Beacon, the scam was even worse.

Two of the “undecided voters”  who asked questions had actually been on NBC’s sister network MSNBC declaring their support for Biden! Attorney Peter Gonzalez and Ismael Lano. In fact, Gonzalez was featured in MSNBC tweets!

“If we get four more years of Trump, good luck. And good luck with the future attracting younger voters,” a Cuban-American voter tells @ellisonbarber.https://t.co/nrrf4iNPMr

NBC and Lester Holt deceived American voters. Tim Russert would be rolling over in his grave. Of course it was deliberate … but what’s going to be their excuse? Even NBC doesn’t watch MSNBC?

Meanwhile, check out this montage of clips from Biden’s town hall. Especially the second clip.

Did you see the mask he was waving around? Neither did I. The emperor has no mask.

Joe Biden’s theme song is not “Thank Heaven for Little Girls,” but it might as well be. You see the video yet from Joe’s campaign trip to Florida? Hope you do. Twitter was trying to suppress it.

During his stop at the Little Haiti Cultural Center, Joe closed by saying, “the good news is, for me, I’m here. The bad news for you is I’m coming back.” Then he spotted two young dancers who had performed at the event. “And I want to see these beautiful young ladies — I want to see them dancing when they’re four years older too.”

Maybe it’s all innocent. Just referring to a future visit when he’s running for re-election. But given his history, aren’t you a weeeee bit weirded out?

From Our “Sure, Mail-In Balloting is Spiffy and Totally Safe” File

A U.S. Postal Service employee in New Jersey was arrested Wednesday for discarding roughly 2,000 pieces mail, including 99 general election ballots sent to the Hudson County Board of Elections.

Stick with The Stream for more #Election2020 news.