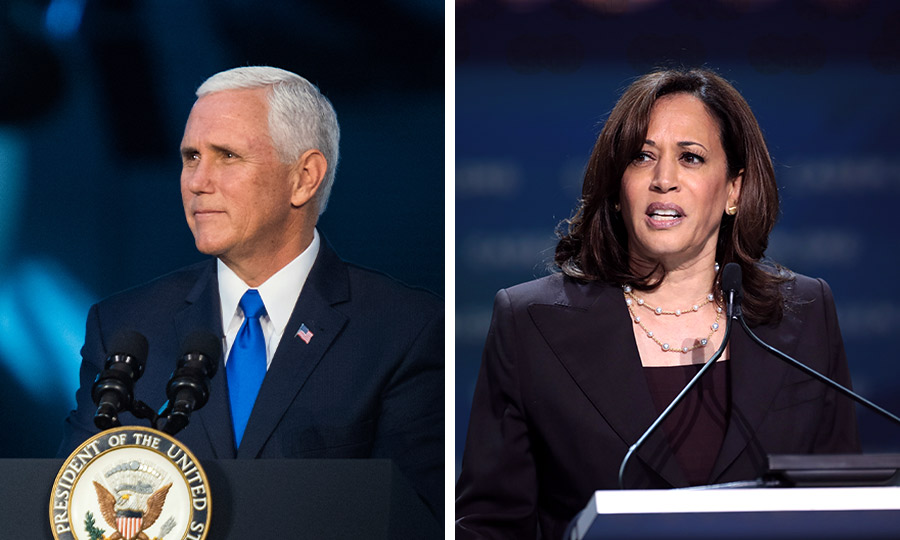 Traditionally, Vice Presidential Debates have all the high stakes of a game of Parcheesi. Quick, can you remember anything memorable about any VP debate this century? Maybe Sarah Palin charging across the stage to greet Joe Biden in 2008. Or Joe Biden repeatedly and rudely interrupting Paul Ryan in 2012.

How about a memorable VP debate moment in history? There’s been one. ONE. Sen. Lloyd Bentsen in 1988, obliterating Republican Sen. Dan Quayle. Here it is, if you’ve never seen it … or want to watch again to appreciate its awful beauty.

“I knew Jack Kennedy. Jack Kennedy was a friend of mine. Senator, you are no Jack Kennedy.” Dang. Forensic technicians are still picking up pieces of Quayle all over Omaha.

But did Sen. Bentsen’s smackdown mean anything? No. George Herbert Walker Bush won the presidency and Dan Quayle became Vice President of the United States.

VP Debates Were Meaningless … Until This One

Yes, VP debates have been meaningless. Up until Wednesday night. On Wednesday night, Vice President Mike Pence will debate Sen. Kamala Harris. With President Trump still recovering from a potentially fatal illness and Joe Biden being so ill that a majority of voters don’t think he’d live out a single term, we are looking — for the first time — at two VP candidates who could each realistically inherit the presidency.

One that celebrates our founding in 1776. And one that has no problem with the toppling of statues of our founders and insists our nation’s origin is the arrival of slaves in 1619.

One campaign sees riots and destruction and wants to stop them. The other literally helps violent rioters and child rapists get out of jail.

One that understands BLM and Antifa are violent anti-American, anti-capitalist, anti-police and in the case of BLM, anti-family movements. And one who thinks “BLM” is “brilliant” and “essential.”

Can you imagine Pence asking: “Tell me, Senator. What is so essential about a group that blocks a hospital entrance where two ambushed cops are fighting for their lives, shouting ‘We hope they die!’? Tell me. What’s so brilliant about burning black businesses and assaulting innocent restaurant guests?”

Harris’ camp requested and was granted a partition to separate the two candidates. It’s hardly necessary. Harris and Pence are already divided by an ocean of differences. To name just a couple more:

Mike Pence is pro-life. He is all in on protecting the unborn. Kamala Harris isn’t just pro-abortion with zero restrictions. She is an active protector of the abortion mill industry. While Attorney General of California, Harris charged and tried to imprison the journalist who exposed Planned Parenthood’s baby part selling operation. (Imagine what she’ll do to journalists and critics who run afoul of her in a Harris Administration?)

During her decade-and-a-half tenure as a chief prosecutor, Harris would fail to prosecute a single case of priest abuse and her office would strangely hide vital records on abuses that had occurred despite the protests of victim groups.

And this was right in the middle of the initial wave of prosecutions in the Catholic Church’s sex abuse scandal.

Mike Pence supports a secure border. Kamala Harris supports open borders and wants you to pay for the health care of illegal immigrants.

Pence forcefully fights for religious liberty. Kamala Harris is for religious litmus tests. She famously opposed a judicial candidate simply because he was a member of the Knights of Columbus. She was hit for her anti-Catholic bigotry.

The list of differences goes on and on. Since we cannot expect any debate moderator — in this case USA Today’s Susan Page — to actually press Harris on her radical positions, that will be up to Pence.

So how will the debate go?

Harris Will Press, Pence Will Slice-and-Dice

The Hill thinks Pence has a “tall task.” Primarily, defending the Administration’s response to COVID-19. Pence, of course, chairs the White House Task Force. Except that Pence can flip the script. Most people have no idea of all the different things the Administration has done, starting while Harris and her fellow Democrats were ignoring the pending threat to play the “Impeach Trump” game.

And unlike Trump, Pence is so measured and methodical, his answers about COVID will come across as completely right and rational. It doesn’t hurt that Pence also looks like every male doctor in every medical commercial for the past 60 years. Dr. Mike will handle that one with ease.

Meanwhile, Kamala has three problems with assaulting the Trump administration on COVID:

First, given the President has COVID it can come across as tacky and tasteless. Harris has to be sensitive, and that’s not exactly one of her strengths.

Second, Pence can not only counter her with facts, he can hit Biden too. “So, Senator. Do you believe as Joe Biden does, that President Trump is responsible for every single COVID death in America?  All 200,000 … or 200 million, as he says?” How does she answer? If she says “Yes,” she sounds like an idiot. If she says “No,” she is contradicting Biden. (Look for Pence to get Harris to either contradict Biden or confirm his progressive agenda all night long.)

Third, if Harris keeps pressing the gentlemanly Pence, she will run smack dab into her biggest problem. Well, beyond being the most left-wing radical Senator in the nation.

No One Likes Her, Not Even Her Friends

Harris, the more you hear her, the more annoying she becomes. Just ask Democratic primary voters. When she tries to “prosecute the case against Trump,” as she likes to say, she will come across as unlikable … particularly against Dapper Dr. Mike. She will evoke memories of her nasty, dreadful treatment of Brett Kavanaugh.

And yes, Harris is nasty. Don’t believe me, go look up her response to Tulsi Gabbard and her comments about Gabbard after Gabbard leveled her in a July 2019 debate.

Kamala Harris on Tulsi Gabbard’s comments regarding her record as a prosecutor: “I’m obviously a top tier candidate and so I did expect that I would be on the stage and take hits tonight. … I'm prepared to move on” #DemDebate pic.twitter.com/kPNYfBs2rB

Harris was a top-tiered candidate until Gabbard destroyed her in about 90 seconds. Here’s the clip:

The Gabbard exchange exposes another huge potential problem for Harris. Her glass jaw. Gabbard laid her out with one punch, and she never recovered.

Gabbard took her apart in about 90 seconds. What will Pence do to Harris over the course of 90 minutes? Pence isn’t a brawler. You’re not going to see what we saw last week with Trump and Biden. He’s more like a martial artist you see in movies who will pour you tea, then puncture your windpipe with a finger. For all his “Aw, shucks,” good guy image. Pence is slick and shrewd and unflappable. If Trump is a bull in a china shop, Pence is a shark.

In 2016, he steadily dismantled Sen. Tim Kaine, until Kaine was left, in Buck Saxton’s words “rude, snippy and snide.” Pence presented a strong case for Trump when Trump was still a huge question mark and on the ropes. Now Pence has the Trump record to run on, the positions that Americans support, and a demeanor America can use a bit more of.

Harris has positions she can’t defend, a personality that can’t be stomached, and a penchant for hitting the canvas … then the gutter. And she’s representing a presidential candidate who had 47 years to enrich the nation, but instead enriched his family and foreign countries. A candidate so frail and unfocused, America is forced to imagine Harris in the Oval Office.

All told, it seems very likely that by the end of the night, Dr. Mike will have delivered a strong booster shot to the Trump re-election campaign.