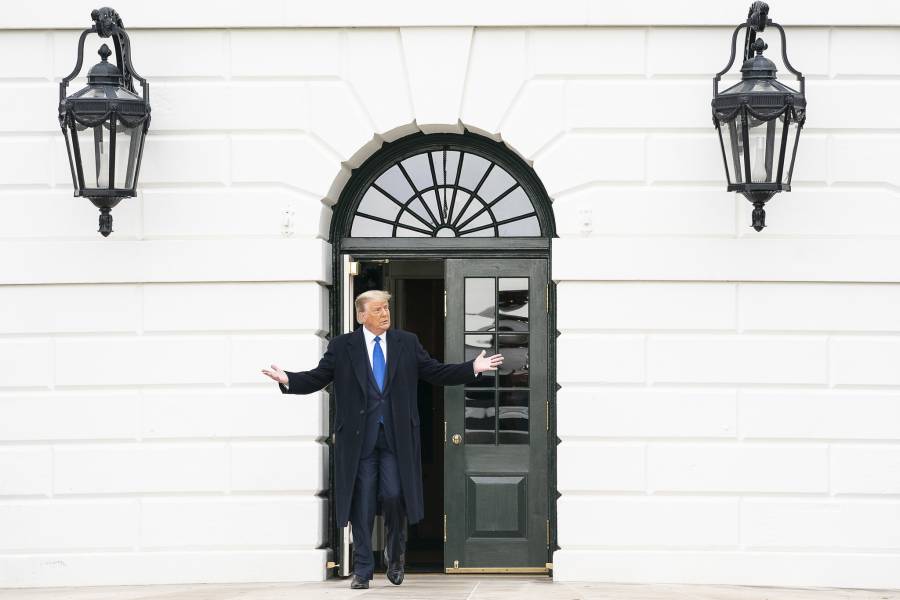 We are just over four days away from America choosing its fate. Choosing between Dark, Socialist Winter or a Bright American Spring. Between a cult of death and a culture of life.

Two days ago I predicted Trump would win a surprising landslide. I have seen nothing to change my mind.

I have, however, seen a lifelong Democrat and Flint City Councilman named Maurice Davis reveal he is backing Trump.

What we’ve also seen is a full-on Soviet style effort to stifle information critical of Joe Biden and supportive of Donald Trump.

Twitter has blocked Customs and Border Protection Commissioner Mark Morgan. Why? Because he tweeted something positive about the border wall. When Jack Dorsey testified Wednesday that Twitter does not have the ability to impact elections, his nose grew as long as his beard.

Most astoundingly, not a single network or cable channel beyond Fox News has carried anything about Tony Bobulinski’s devastating interview with Tucker Carlson. Bobulinski detailed how Joe Biden is lying about never having any involvement with his son’s businesses. He knows because he was Hunter’s business partner on a deal involving the Chinese. Why would networks censor the story, rather than even try to rebut it? Because Bobulinski is very believable and his evidence is indisputable. Because if their audiences saw the former naval officer and Biden family business partner, they would know just how corrupt Joe Biden is.

Here is part of that interview. Post it on your social media. Given the extent the media is burying the story, it’s most likely your liberal friends think Tony Bobulinski is a retired linebacker for the Green Bay Packers.

That the news media would go to bat so blatantly for Biden exposes the media even more. It is shocking. In a taped conversation with Bobulinksi, two Biden operatives admitted that if the news media should learn the truth, “it blows up big time.”

They were wrong. For the moment. The news media knows the truth. They won’t share the truth. The only thing blown up is their credibility.

Still, I have a prediction: If Biden wins, the story will pick up again in January. The media will suddenly declare how they’ve now investigated Bobulinski’s claims, and gosh, golly, Bobulinski’s right. Joe is compromised by China! DOJ is right to investigate Biden Inc. for money laundering, et al. Why? Because once the Democrats and their media partners ride the old mule to victory, he will be put out to pasture. Or more accurately, thrown there with a violence that would alarm PETA.

Then again, with economic numbers like they are, even Joe might be changing his vote to Trump.

Boom! The third quarter GDP numbers came out, and they show the economy grew a staggering 33.1% in the third quarter. An historic amount, marking a V shaped recovery from the COVID economic shutdown. Unemployment claims fell last week as well.

For that matter, Americans’ satisfaction with the country’s direction is on the rise.

President Trump was, of course, crowing about the numbers at his huge rally in Tampa today.

The MSM reaction to the GDP news was amusing, if predictable. How many tweets this morning reported the great news, but following it with “But the numbers are still below pre-COVID highs.”

Yeah. We get it. But the insistence on adding a “but” is bizarre. These people simply hate good news for America if it can help Trump.

A few weeks back, Washington quarterback Alex Smith entered their game with the Los Angeles Rams. This was an unbelievable achievement given the injury he suffered in 2018.  Still, if the political media were reporting his miraculous comeback they’d be saying, “Sure, Alex Smith came back, but he’s less mobile than he was before he shattered his leg, got a very serious infection, and nearly had the leg amputated.”

Breaking News: Hunter and Associates Under Investigation Since 2019

Breaking at this hour, journalist James Rosen is reporting that a DOJ official has confirmed the FBI opened a criminal investigation in 2019 into “Hunter Biden and his associates,” focusing on allegations of money-laundering. That investigation remains open and active today.

A question for people set to vote for Joe Biden. Dig deep. Do you really believe he didn’t know what his son was up to with his dealings? Right now, perhaps you really don’t care because Orange Man Bad. But if Rosen’s reporting pans out, how confident are you that Joe isn’t sucked into the investigation?

On Tuesday, Tony Bobulinski shared how he was worried about how the China deal could impact Biden politically if it got out. So he asked Joe’s brother Jim about it, and how the family got away with its wheelings-and-dealings.  “Plausible deniability.”

Do you really want to pin the future of the country on Joe’s “plausible deniability”? With the FBI on the case?