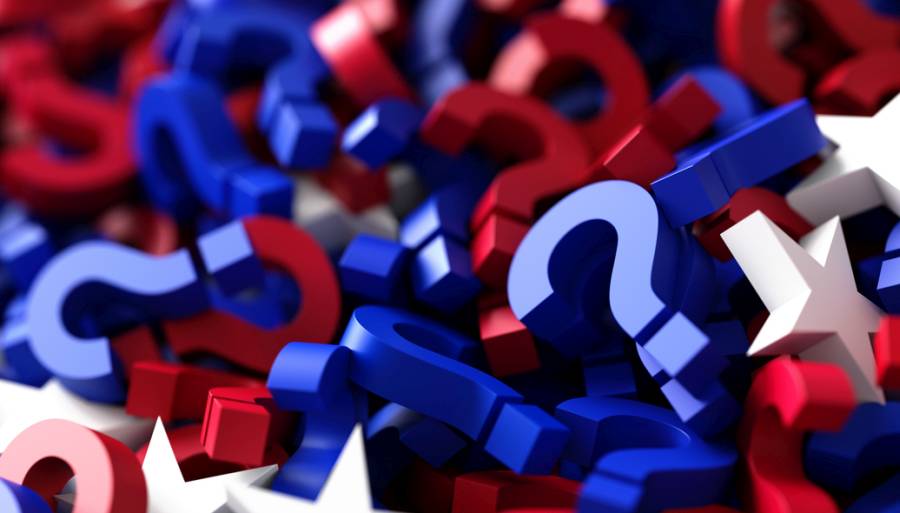 The 2020 election was a dirty, dark, despicable mess. A corrupt, cynical abuse of the American election system and the American people, in ways large and small. Fortunately, despite the Democrats’ furious, frantic efforts to keep the people in darkness, light is peeking through.

The Maricopa County audit is back underway after a string of graduations took over the Veterans Memorial Coliseum for a bit. About 500,000 of the 2.1 million ballots has been reviewed.

The break wasn’t without activity.

Maricopa County’s Board of Supervisors last week again called for the Arizona audit to end, and declared it will no longer cooperate with the Arizona Senate (and thus court orders). Dr. Kelli Ward, Arizona Republican Party chairwoman, responded, “Who gives these local officials the right to challenge the constitutional authority of the Arizona Senate and of the Arizona courts?”

Don’t know what is worse, their arrogance or lack of curiosity.

Meanwhile, newly-elected U.S. House Republican Conference Chair Rep. Elise Stefanik is giving a big thumbs up to the audit. This in contrast to the woman she replaced, Rep. Liz Cheney, who thinks transparency is an attack on democracy. (And for her efforts is currently enjoying the warm cuddles of CNN.)

Stefanik also blasted Biden’s DOJ for threatening the audit. She says interference from the Feds is “unconstitutional.” The states, “constitutionally, are responsible for writing states’ constitution law,” she said.

Bring Out Your Dead … to Vote in Pennsylvania, Maryland and Virginia

You know those people who say all the election integrity cases have been lost? Bet they don’t know that last month, Pennsylvania settled a suit that demonstrated at least 21,000 dead people were still on voter registration rolls before the 2020 Election.

Pennsylvania, far after the election, has “agreed to compare its full voter registration database against the Cumulative Social Security Death Index in order to identify dead voters. Pennsylvania then agreed to direct all county election commissions to remove the names of dead voters.”

The suit against Pennsylvania was brought by Adams, who now heads the Public Interest Legal Foundation (PILF). He suggested earlier this month that he has found numerous instances of the dead voting not only in Pennsylvania, but Virginia and Maryland. That included people who “registered” after dying.

Fact: In #PA this deceased individual voted in the #2020Election because #voteBYMail made easy.

Stay tuned to @PILFoundation for details about the #deadvoter problem in PA and the other side of the headstone. pic.twitter.com/VyFd5xMT4g

How many? Don’t know yet. PILF claimed in its suit hundreds of dead voted in 2016 and 2018.  What we do know is we need to know if there was a systematic effort to use the dead to help rig the election. And who was behind it. We also know that the Soros-backed Secretary of Commonwealth at the time Kathy Boockvar had no interest in cleaning the rolls before the election.

We also know Boockvar was forced to resign after ignoring the state’s legislature and constitution in regard to another election-related matter. Just like she ignored the Pennsylvania’s constitution and legislature in re-writing the election rules to make cheating easy-peasy.

Carolina On My Mind

PILF just won another case, this time in North Carolina, after the state’s election board refused to disclose records showing foreigners and non-citizens voting. So how many illegals or foreigners voted in our election?

What about other swing states? According to the Just Facts calculations (based on the percentage of non-citizens who admitted voting in the 2016 race):

Putting aside all the other election shenanigans, the vote from non-citizens alone might well have decided the race.

And you wonder by Joe Biden loves them open borders?

A forensic audit is underway in Windham, New Hampshire. A tiny town with a big 2020 election problem. In November, Democrat Kristi St. Laurent lost her bid for a 7th Congressional District state House seat by 24 votes. She asked for a recount. Shockingly, a hand recount showed she lost by an additional 99 votes. Even more shocking, four Windham Republicans running for the House seats actually earned 300 votes more each than what the AccuVote machines had tabulated. You’d have to be an MSNBC host to see that as coincidence.

The question is why? The bigger question that must be answered: Is the AccuVote machines issue that adds votes to Democrats and takes votes from Republicans systemic across the state?

The AccuVote machines used in Windham are used in about 85% of New Hampshire. So if there was an issue with the machine, we must know if the problem existed elsewhere in the state.

Unfortunately, the audit isn’t looking at the presidential race. At least at this point.

The audit findings in New Hampshire are suddenly drawing attention from CNN. Of the predictable kind. They ran a hit piece Friday called “Trump and his allies seize on small New Hampshire town’s vote discrepancies to push lies about election outcome.” Basically, their argument is “The Republicans still won, so why the fuss? How disgusting to use a trivial error on some old machines to push The Big Lie.”

You have to read all the way to the third line from the bottom before CNN admits the discrepancies are “vexing.”

Also vexing? Windham still doesn’t know why Republicans and only Republicans got hundreds of votes shaved off their total by the machines.  And CNN isn’t the least bit curious.

Monday morning we wrote about Judge Brian Amero ordering the absentee ballots from Fulton County unsealed and reviewed. One of the things reviewers will be looking for are pristine ballots.

Veteran election worker Susan Boyles was fired by Fulton County after testifying under oath about witnessing a box of “pristine” ballots. “They were absolutely, starkly different than the rest,” Voyles said. “Some of the (filled-in) bubbles looked exactly the same on every ballot.”

Meanwhile, according to a suit filed by Lin Wood, all 900 military ballots in Fulton County went to Biden.

Unbelievable? Not to Debbie Fisher. She was an election worker in nearby Cobb County. She testified under oath in December that 80 to 90% of the military ballots she saw went to Biden, and that she saw stacks of military ballots that were 100% for Biden.

An impossibility, if the ballots were legit. I’d show you the YouTube video of her testimony, but YouTube removed it.

And, just like Boyles, she swears the ballots were pristine. “I reviewed 298 military ballots on Nov. 16,” she said. “One thing after I had seen several that I noticed was they were exceptionally clean. I was comparing them to the ballots that I had seen during the general election that didn’t even come close to comparing to these ballots.” She found

bubbles on the ballots that were filled in perfectly, there was almost none that went outside the lines. There were no stray marks like we found on the ballots during the general election, such as x’s or checkmarks. Not one ballot that I looked at had any kind of markings other than black. The circles were perfectly colored in.

We ask our military to defend us with their lives. Least we can do is defend their vote with a serious look at their ballots.

Pristine ballots point to a dirty election. And that cannot stand.