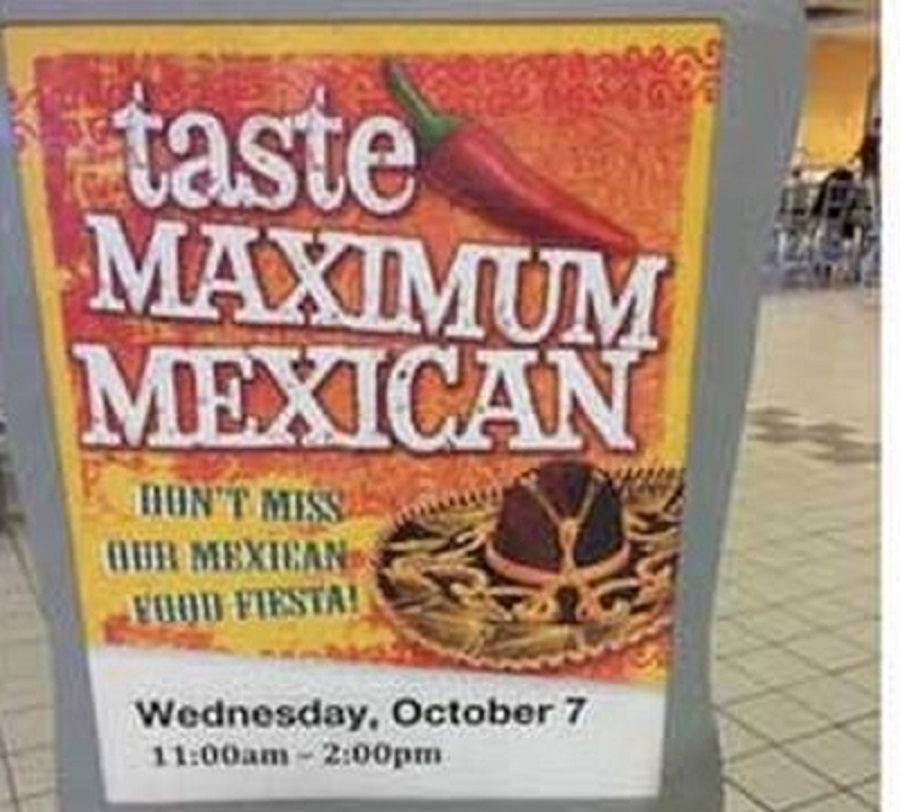 I support border control, but I like to eat Mexican. Those on the left? They want lots of votes from open borders, of course. But when push comes to shove they’d be willing to eat actual Mexicans. Perhaps, as Montezuma did, in a nice chipotle sauce. (Yes, his recipe is online. No I won’t link to it, in case any Democrats read this.)

Wait a minute, John. Just hold on a minute. You can’t go around calling your political enemies cannibals. Not without solid evidence. As in kitchen prep photos, or fridges full of “Leg of Ma’am” and “Lady Finger Sandwiches.”

Great, so here it is: Everyone on the left supports Planned Parenthood. The video proof that it retails in human organs plucked out of the living bodies of babies? It did nothing to change that. Didn’t even move the needle. The only effect it had on the left was to get them busy trying to put David Daleiden in prison.

They Don’t Even Bother to Deny It

At least when Germans in 1945 were faced with the Holocaust, they claimed that they’d never known. My dad was there, carrying out General Patton’s orders, marching such citizens through local death camps. Some claimed that camps were fake. That survivor reports were lies. Even today’s neo-Nazis at least pretend that the Holocaust didn’t happen. Rather than copping to it with a shrug.

Oh, and the latest piece of news from the Frankenstein’s lab of our evil IVF industry. The mad scientists there have gone beyond producing hundreds of thousands of “extra” embryonic babies and storing them in a frozen, technological Limbo. Beyond implanting half a dozen of them in each woman’s womb, then asking her to pick which ones to kill.

This use of poor women of color as lab rats or cage-free hens is nothing new.

Our own American Mengeles have really outdone themselves. (By the way, when Josef Mengele escaped justice after the Holocaust, he fled to South America and kept up his vocation. He became an illegal abortionist.)

Women in Mexico were paid $1400 to be hyperstimulated so their ovaries released bountiful eggs instead of one during their cycle. They then underwent artificial insemination, resulting in early pregnancy with multiple embryos, which were then flushed out of their bodies for study.

Researchers have conducted a controversial study that involved paying dozens of young women at a hospital near Puerto Vallarta, Mexico, to get artificially inseminated so their embryos could be flushed out of their bodies and analyzed for research purposes.

In addition, some women underwent surgical or chemical abortions afterward, when tests indicated some of the embryos might not have been successfully removed.

But these human sacrifices were not all for naught. They were meant to help rich American couples get precisely what they want, just when they want it. When normal, ethical medicine, herbal supplements, and even prayer all fail, a couple might be tempted to resign themselves. Maybe breathe a phrase such as “It’s not God’s will.” But that’s where Satan steps forward with a flourish. “God’s busy. How can I help?”

The goal is to stop us from worrying about “God’s will” ever again. To give us the laboratory magic to force Him, will He nor nill He, to implant an immortal soul at our command. To meet our emotional needs. Heaven forbid we adopt some hapless child born to others. He wouldn’t quite serve as our narcissistic mirror. Might be the wrong color and all.

This use of poor women of color as lab rats or cage-free hens is nothing new. Lifenews reminds us of that. It cites “one experiment in the 1960s which tested the birth control pill on poor, uneducated women in Puerto Rico, leading to the deaths of at least three women during the trials.” Margaret Sanger sponsored that research, on the kind of women she considered “human weeds.” (See paragraph 7, here.)

But wait, it gets worse. Again from Lifenews:

I’m one of those weird Deplorables. I’m willing to limit the number of immigrants because I’m afraid of how they’ll vote. But I’m weirdly unwilling to cannibalize them for parts. That’s just how I roll. I see them as equally human, the images of God. But they’re wrong-voting-humans, so I don’t want them flooding and flipping Texas for the benefit of Planned Parenthood’s Nazi doctors. That makes me a “nativist xenophobe.” At least, according to the cannibals.

John Zmirak is Senior Editor at The Stream, and co-author of the recently released The Politically Incorrect Guide to Immigration.