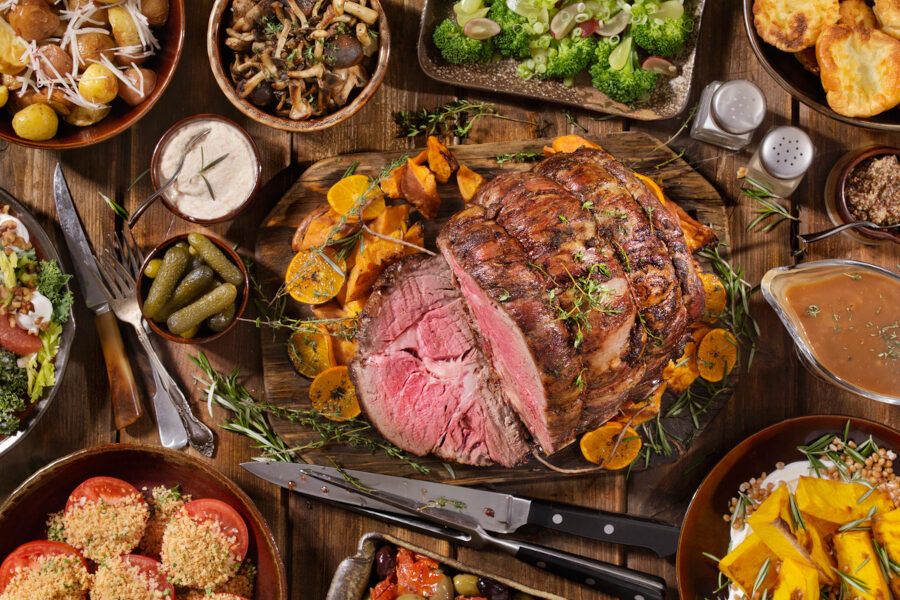 This is the fourteenth piece in a series on how to develop a fasting lifestyle. Read the entire series here.

I’ve written at length in this series about fasting, but have not said much about feasting. I did that for two reasons. First, few of us know why or we how should fast. And second, if we don’t know why we should fast, we may lose the meaning of feasting as well.

What is a Feast?

So, what is a feast? Josef Pieper offers an answer in his book In Tune with the World: A Theory of Festivity. Pieper, as Rebecca Teti notes, argues that to have a proper Christian feast, we should have (1) a reason to celebrate, (2) a sacrifice of our time and the fruits of our labor, (3) preparation, and (4) practical expression. 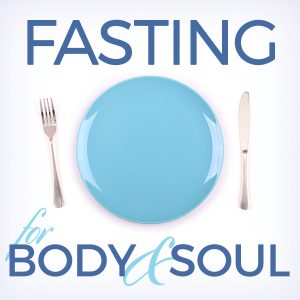 We should see all four elements in the way we treat our Sundays, our weekly mini-feast. We inherited a day of rest and worship from the Jews, who set aside the the seventh day of every week to imitate God, who rested on the seventh day of His work of creation.

Christians retain that idea in our “Sabbath” as well. But we celebrate it on Sunday, the first day of the week. Why? Because Jesus rose from the dead on a Sunday.

And we can afford to prepare for and then enjoy this day of rest and celebration because we work on the other days of the week.

Also, I would suggest, we do so because we have fasted. Between Christ’s ascension into heaven, and His return in glory, we should both fast and feast. Let me explain.

A Feast of Fish and Bread

In the New Testament, St. John tells us about two ultimate feasts. They serve as bookends to every feast and fast we have this side of glory. But they’re easy to miss if you don’t read them together. 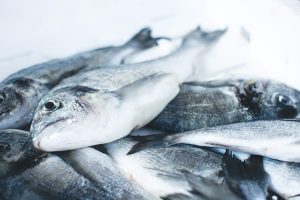 We noted in a previous piece that John introduced Jesus’ ministry with the miracle at the wedding feast at Cana. This isn’t the only feast in John’s writings. He ends his gospel after Jesus’ resurrection with another meal: Jesus’ breakfast of fish and bread on the beach with His disciples. According to John, Jesus had already appeared to them in Jerusalem, breathed the Holy Spirit on them, and commissioned them (John 20). We also know from other texts that Jesus had told them to return to Galilee, where He would appear to them again (Matthew 27:7; Mark 16:7). 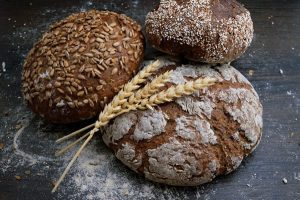 John tells us what happened. Back in Galilee, Peter was getting antsy. He decided to go fishing, and some others joined him. They spent all night without catching any fish. But when the sun rose, Jesus (whom they didn’t recognize at first) told them, “Cast the net on the right side of the boat, and you will find some.” They did so, and the net then filled with fish, just as the jars had filled with good wine at the wedding feast in Cana. At this, Peter realized the man on the beach was Jesus. Ever impatient, he “sprang into the sea” and swam to the shore, leaving the other disciples to bring the boat in.

When they got out on land, they saw a charcoal fire there, with fish lying on it, and bread. Jesus said to them, “Bring some of the fish that you have just caught.” So Simon Peter went aboard and hauled the net ashore, full of large fish, a hundred and fifty-three of them; and although there were so many, the net was not torn. Jesus said to them, “Come and have breakfast.” Now none of the disciples dared ask him, “Who are you?” They knew it was the Lord. Jesus came and took the bread and gave it to them, and so with the fish. This was now the third time that Jesus was revealed to the disciples after he was raised from the dead. (John 21:9-14)

There’s a detail here that’s easy to miss. The fish and bread were already on the fire before Peter dragged the haul ashore. So, in contrast to the fish and loaves that Jesus multiplied to feed the five thousand (John 6:9), Jesus after His resurrection provided the fish and the loaves.

This was no mere breakfast on the beach. This was a heavenly feast!

The Wedding Feast of the Lamb

John also describes a final feast — another wedding feast — near the end of the book of Revelation:

“Hallelujah! For the Lord our God the Almighty reigns.

Let us rejoice and exult and give him the glory,
for the marriage of the Lamb has come,
and his Bride has made herself ready;
it was granted her to be clothed with fine linen, bright and pure”—

for the fine linen is the righteous deeds of the saints.

And the angel said to me, “Write this: Blessed are those who are invited to the marriage supper of the Lamb.” (Revelation 19:6-8)

For Now, We Feast and Fast

So, we have examples of great feasts in the New Testament, but where does fasting fit in? Let’s recall what Jesus said during His earthly ministry.

In Matthew 19, the disciples of John the Baptist come to Jesus and ask him, “Why do we and the Pharisees fast, but your disciples do not fast?” Jesus tells them, “Can the wedding guests mourn as long as the bridegroom is with them? The days will come, when the bridegroom is taken away from them, and then they will fast.” (Matthew 19: 14-15 RSV)

We live in the time of fasting between the great feasts. Jesus has ascended into heaven. The Kingdom of God in its fullness is still to come.

Notice that Jesus says that when He departs (and, we may assume, before He returns in glory), His followers will fast. That means now. That means us.

We live in the time of fasting between the great feasts. Jesus has ascended into heaven. The Kingdom of God in its fullness is still to come. 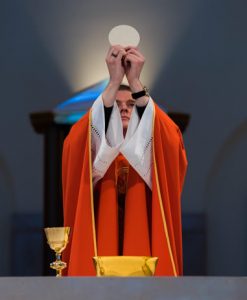 And yet the Kingdom is also here, now, among us. It is both “already” and “not yet.” Jesus’ resurrection is a first fruit of what is to come. We get a foretaste of this future feast every time we celebrate the Eucharist and His resurrection on the first day of the week. And also when we set aside special feasts, such as Christmas and Easter.

In our eating, fasting and feasting, we embed that tension — that limbo of “already” and “not yet”— in the warp and woof of our natural lives. It should define and structure our work, our rest, and our play.

Today, we should have an especially rich and abundant foretaste of the coming wedding feast of the Lamb — in the New Heaven and New Earth.

Jay Richards, PhD, is the Executive Editor of The Stream and an Assistant Research Professor in the Busch School of Business at The Catholic University of America. Follow him on Twitter.