Texas goes directly to the Supreme Court, requesting the High Court to order these swing states with voting irregularities to allow their legislatures to appoint presidential electors. 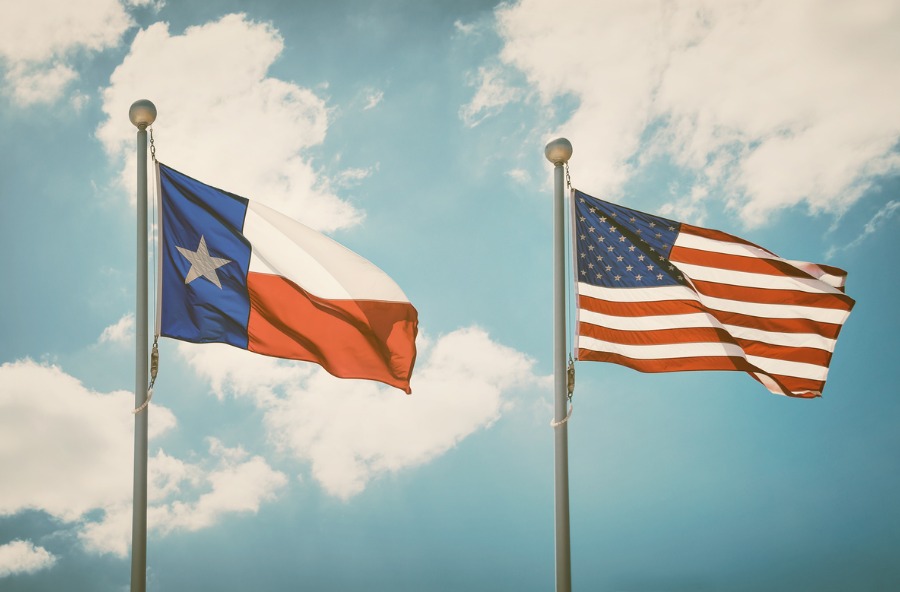 Update: Reuters is reporting 17 states have now signed an amicus brief with the Supreme Court in support of the Texas lawsuit.

Let’s get this out in the open. The summers are miserable, the obsession with football is unhealthy, and it’s a pain having to add 10 minutes to any stop you make because Texans are so chatty. But sometimes Texas does something so downright Texan, you have to climb on your neighbor’s pick-up and shout, “Yee-Haw!”

Just before midnight, the State of Texas threw its massive weight into the election fraud fight. Texas sued Georgia, Michigan, Pennsylvania and Wisconsin on the grounds their ad-hoc changes to election procedures were unconstitutional. And as a result, violated the rights of Texans and those in other states that followed the constitution. Don’t mess with Texas, indeed.

What’s more, Texas isn’t fiddling around with lower courts. They marched straight to the Supreme Court. And they are requesting the Supreme Court order the offending states to allow their legislatures to appoint their presidential electors.

Breitbart was the first major outlet with the story, and breaks down the argument the Lone Star State is making.

In their lawsuit, Texas claims “certain officials in the Defendant States” presented the COVID pandemic “as the justification for ignoring state laws regarding absentee and mail-in balloting.” As streiff at RedState noted, “there’s no pandemic escape hatch in the constitution.”

The offending states then “flooded their citizenry with tens of millions of ballot applications and ballots in derogation of statutory controls as to how they are lawfully received, evaluated, and counted. Whether well intentioned or not, these unconstitutional acts had the same uniform effect — they made the 2020 election less secure in the Defendant States.”

Circumventing their legislatures to rewrite the voting rules and procedures violates not only state law, but the Electors Clause of Article II, Section 1, Clause 2 of the U.S. Constitution.

Says Texas, “By these unlawful acts, the Defendant States have not only tainted the integrity of their own citizens’ vote, but their actions have also debased the votes of citizens in Plaintiff State and other States that remained loyal to the Constitution.”

“Their failure to abide by the rule of law casts a dark shadow of doubt over the outcome of the entire election,” said Texas AG Ken Paxton in a statement, “We now ask that the Supreme Court step in to correct this egregious error.”

Texas approached the Supreme Court directly, Breitbart reports, “because Article III provides that it is the court of first impression on subjects where it has original jurisdiction, such as disputes between two or more states.”

The Supreme Court has agreed to hear the case, and has requested the four Defendant States to respond by Thursday. Twitchy has collected the early reaction of legal types, and the consensus seems to be it’s a long shot the Supreme Court will hear the case, let alone rule in Texas’ favor. Several commentators note that the suit was filed by Texas Attorney General Ken Paxton, not the state’s solicitor general Kyle Hawkins, who would be the go-to person for suits like this.

Even if this is a legal “stunt,” the move by Texas raises the stakes and makes an important point lost to the “Orange Man Bad” crowd happy to see the president ousted by hook or by crook. This is not about Donald Trump. This is about seeking answers and justice for the 75-plus million people who smell a rat. And for every other voter who needs assurance that we have fair elections, where every legal vote — and only legal votes — count. For all those who believe the U.S. Constitution matters.

So for standing up and saying, “What happened there ain’t right,” all we can say is, “God Bless Texas.”