It's not reasonable to label President Trump a white supremacist because a handful of them support him. 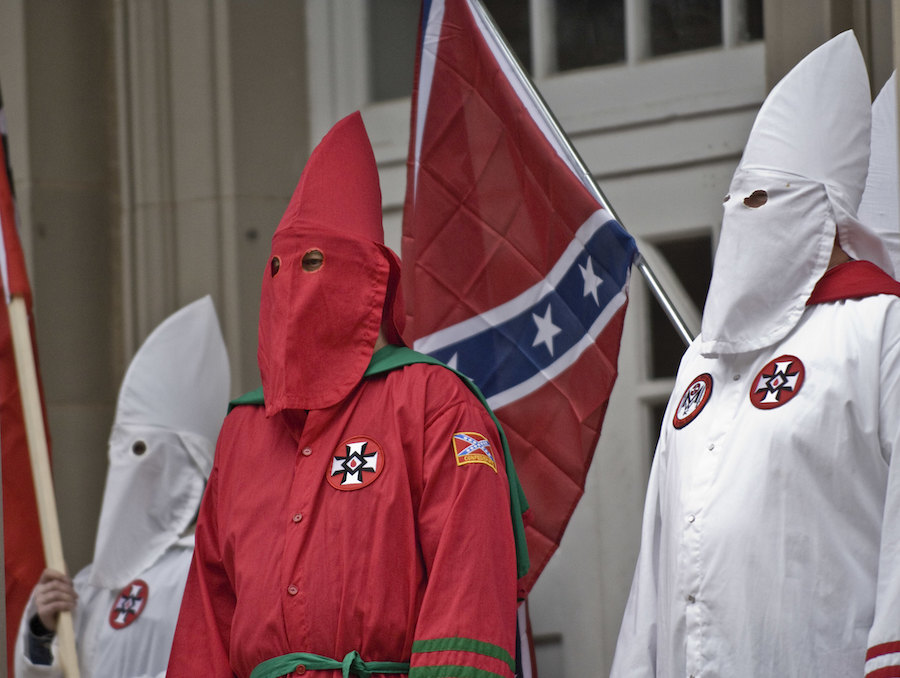 Every time a white nationalist supports President Trump, Democrats declare him a racist. Only a racist would get support from them, right? Is this true? Does it really tell us something about Trump?

First, look at who crazy extremists support. They like all kinds of political views and political leaders. When Barack Obama first ran for president, Esquire asked four of the leading white supremacists in the country if they supported John McCain or Obama.

Tom Metzger ran the White Aryan Resistance and had been Grand Dragon of the Ku Klux Klan in the 70s. He didn’t like McCain because he was a warmonger. Whereas Obama “is a racist and I have no problem with black racists.”

Erich Gliebe, chairman of the National Alliance, said “Obama might be a better candidate for our cause because he’s racially conscious.” He went on, “I give Obama credit, he seems to have stuck to his guns as far as pulling the troops out of Iraq. He’s a very intelligent man, an excellent speaker and has charisma.”

Even the chairman of the American Nazi Party supported Obama. Rocky Suhayda said McCain “wants to fight endless wars around the globe to make the world safe for Judeo-capitalist exploitation.” In contrast, “we have a black man, who loves his own kind, belongs to a Black-Nationalist religion, is married to a black women. When usually negroes who have ‘made it’ immediately land a white spouse as a kind of prize. That’s the kind of negro that I can respect.”

We didn’t denounce Obama because a handful of radical racists supported him. In fact, the rest of the mainstream media ignored the story. They must not have thought the support meant anything. So why denounce Trump for the exact same reason?

Double Standard Between Obama and Trump

Second, look at who does support the president. The vast majority of Trump’s supporters are regular conservatives. They’re not racist extremists. So why not judge him based on those supporters? How can anyone justify labeling a man a racist because a handful of extremists claim to like him?

If a politician or party supports the radical positions of the extremists supporting them, that is a completely different situation. Trump doesn’t do that. Who does? Many prominent Democrats agree with Antifa’s violent rioting and demands to defund the police. Congresswomen Alexandria Ocasio Cortez and Ilhan Omar are calling for defunding. New York City Mayor Bill de Blasio and Los Angeles Mayor Eric Garcetti said they will reduce funding.

And then look at what Trump’s done. He has arguably done more for the black community than any president. Criminal justice reform, lower black unemployment and increasing funding for historically black colleges and universities. He’s promoted many blacks and other minorities to positions of leadership, including Ben Carson as the secretary of HUD. Consequently, his approval rating with blacks has increased since he’s been in office.

He has an extensive history of working with blacks and other minorities as a businessman. If he was a racist, he wouldn’t have gotten as far as he did and allowed to host “The Apprentice.” He would have been marginalized like David Duke.

And remember that famous photograph from Trump’s marriage to Melania, where Hilary and Bill are laughing with him? In 2005? They wouldn’t have done that for a racist. In fact, try to find a major Democratic politician or media figure attacking Trump as a racist until he became the Republican candidate for president.

A handful of awful people will always support mainstream politicians. Those politicians have no control over that. It’s a free country. I’m sure Jeffrey Dahmer and Ted Bundy had preferences for president.

Trump has probably shrunk the number of white supremacists who support him, because he’s spoken so harshly about them.  And because he’s supported African-Americans in his words and in his deeds. We may never know, because there is never any polling done on this. No one polls them, probably because they’re so scarce and hard to find, no one could survey enough of them to have an accurate representation.

This points to how unfair the charge against Trump is. The mainstream media holds up white supremacists as a huge danger, when their influence is practically nothing and no one really cares to hear from them. But if the media can get one on TV praising Trump, the press reports it as if the guy were a delegate from Trump himself. They exaggerate the danger in order to use it against him.