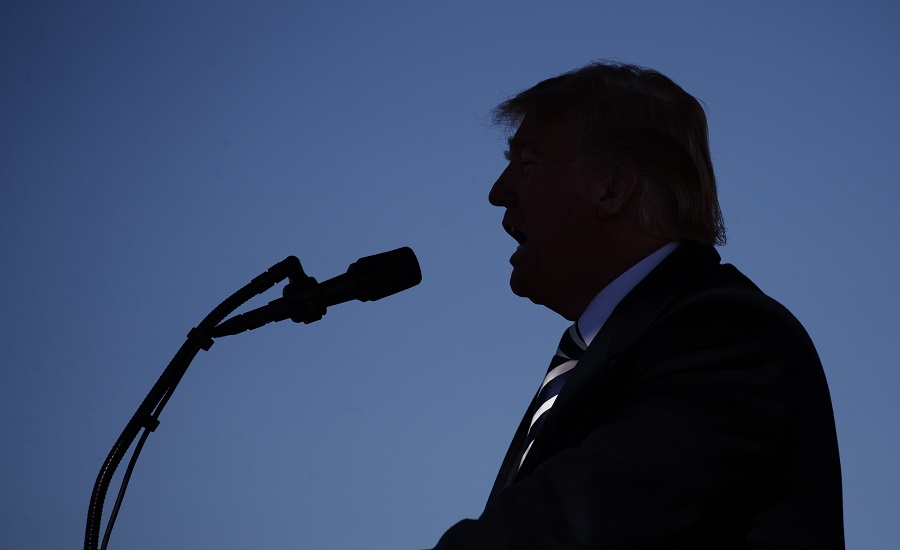 I recently saw an article about a Hindu man in India who (literally) worships a picture of President Trump. But that doesn’t surprise me, given the nature of Hindu idolatry. What does surprise me is when a fellow-believer in Jesus tells me I’m a heretic and non-believer since I sometimes take issue with the president. (And remember: I voted for Trump and continue to support him.) That is as crazy as those who claim that if you voted for Donald Trump, you cannot be a Christian.

The simple truth is that Donald Trump is the president, not the Messiah (and not the antimessiah, better known as the antichrist). Is this so hard to grasp?

Can We Do No Better?

Yet the extreme rhetoric continues, going far beyond, “Either you love Trump or you hate Trump.” It’s more like, “Either you deify him or demonize him.” Consequently, you either damn those who voted for him or you damn those who failed to vote for him.

Can we really do no better than this? Are we doomed to such exaggerated and unhelpful positions for the next two (or 6) years?

When I called for an honest and fair assessment of the charges against Brett Kavanaugh, while stating that the evidence did not seem to support the charges, someone posted on my AskDrBrown Facebook page, “I knew you were a heretic when I saw your positions on Trump and Kavanaugh.”

But totally isolated talk? Sadly, it is not. I have often been savaged by Trump supporters for daring to disagree with him publicly. (For the record, I don’t have a handlebar mustache, and my message is quite different from that of Joel Osteen. But why get distracted by facts?)

Not long after seeing those comments on Facebook, I spotted this on my Twitter feed: “Christian leaders should have never supported him. We have a Judas church.”

So, the entire church has gone the way of Judas Iscariot, as evidenced by the fact that some Christian leaders supported Trump. The pendulum of extreme rhetoric swings both ways.

Some feel that it’s sinful even for pastors to sit with President Trump and pray for him.

An article in Christianity Today noted:

This summer, President Donald Trump convened African American pastors at the White House to discuss criminal justice reform. The meeting angered a black ministers coalition, which wrote in an open letter, ‘We need not remind you of the posture of the Prince of Peace, our Savior from the streets, when He stood before Herod and Pilate. He didn’t even pray for them.’ South Carolina megachurch pastor John Gray, who sat next to Trump and prayed to open the meeting, defended his attendance. ‘Sitting at a table is neither affirming, endorsing, agreeing, nor aligning,’ he said. Meanwhile, the criminal justice reform bill — the reason for the meeting — has received congressional bipartisan support.

So, if you’re a real Christian leader, not only do you refuse to meet with the president. You don’t even pray for him. Did I say something already about extreme rhetoric and crazy talk?

“He is the snarling, sneering, spitting deity for fearful, angry people who finally have a god in their own image in whom they trust; one they can worship and bow down to and give their lives for.”

In similar fashion, Randy Deabay, wrote a small book titled, The Cultist Regime of Donald Trump and the Savior Complex…: A study of Donald Trump’s failures and the Cultist fans who love him.

According to Deabay, who is clearly a liberal, “IN AMERICA WE DON’T WORSHIP A PERSON — WE WORSHIP GOD! Trump’s backsliding, unethical, bigoted and vulgar America contrasts sharply with the America that we know and love. … The words of the cultist leader state his reality with ‘With the exception of the late, great Abraham Lincoln, I can be more presidential than any president…’ — Donald Trump.”

In reality, critics of President Obama could have written similar books attacking him and his followers. Was he not hailed as a savior figure of sorts? Did he not have rock star status, especially in the early days of his ascension to the presidency? Was he not “the Chosen One”?

But conservative supporters of Trump have not helped with book titles like, In Trump We Trust: E Pluribus Awesome! Nor have conservative tweets like this been useful: “I truly believe that @realDonaldTrump isn’t just the leader of the free world, but the savior of it as well.

“May God bless America — the last stand for western civilization.”

Even in context, this is massively overstated, to say the least.

It is against this backdrop that I wrote my brand new book Donald Trump Is Not My Savior: An Evangelical Leader Speaks His Mind About the Man He Supports As President.

We can support President Trump (as I do) without worshiping at his altar. And we can differ with him without damning him (and his followers).

In my next article, I’ll answer the question of evangelicals and Donald Trump. Is this a made match made in heaven or a marriage with hell? We do well to sort these issues out before the midterms.