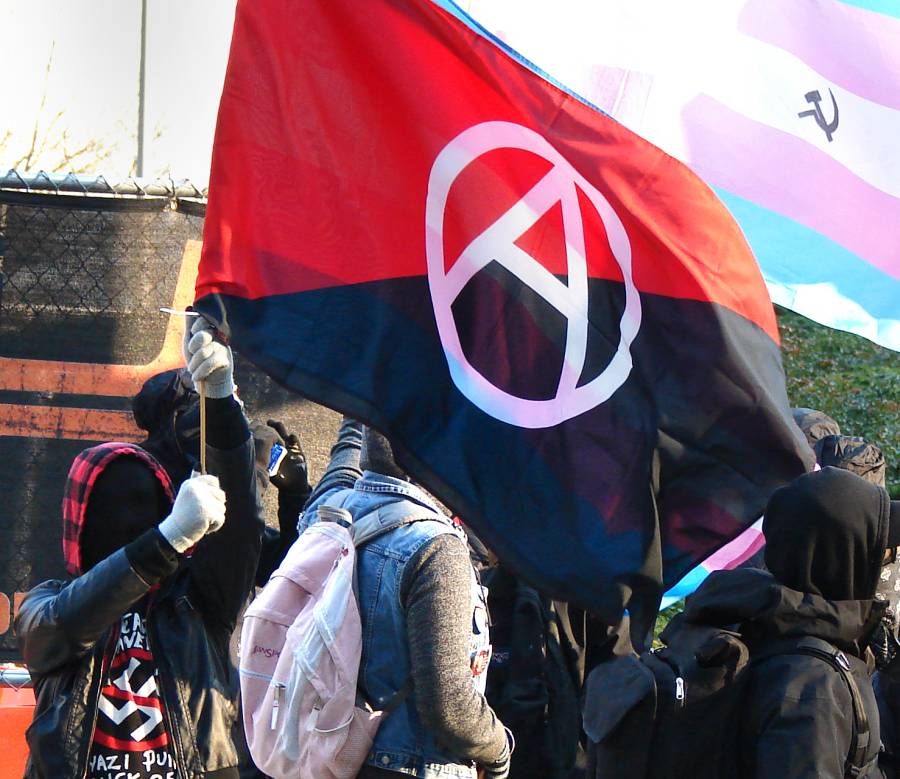 The violence burning and wrecking cities across America is not a spontaneous spasm of hurt and anger at the death of George Floyd. It is a choreographed, coordinated invasion by violent anti-American radicals who care no more about George Floyd than they care about Pink Floyd.

Sunday, after years of being coddled by Democratic leaders and cheered by the likes of CNN’s Don Lemon, Antifa is being declared a domestic terror organization by President Trump. Their history of violence is long. Ask journalist Andy Ngo. (And yet Joe Biden’s campaign is bailing rioters out from jail?)

Attorney General William Barr had already signaled Antifa and aligned groups are behind much of the violence we’ve seen in recent days. The voices of legitimate protest have been “hijacked by violent radical elements. … The violence instigated by Antifa and other similar groups in connection with the rioting is domestic terrorism and will be treated accordingly.”

Attorney General Barr’s statement on rioting, the role of the Department of Justice, and Antifa.

“The violence instigated and carried out by Antifa and other similar groups in connection with the rioting is domestic terrorism and will be treated accordingly.” pic.twitter.com/6aKElRYZdR

From St. Paul to Seattle, Atlanta to Brooklyn, mayors and citizens are reporting buses of “protesters” pouring into their town, or spotting out-of-state cars parked on their streets. Who ordered the buses? Who footed the bill?

The Pallets of Bricks

In cities like Dallas, pallets of bricks were preplaced in the path of protesters. This young black man was none too pleased.

“They” staged a pallet of bricks in Dallaspic.twitter.com/jp9IoUUuRT

Breitbart has collated some of the reports around town of the bricks. Positioned not for construction, but destruction. Deliberate. Organized. Funded. And the bricks soon rained down on police and property.

One brick nearly hit Dallas Police Chief Renee Hall. “Everything was peaceful,” Chief Hall told CBSDFW. “Then, all of a sudden, bricks started hailing (in), hitting our squad cars, hitting our officers, … and then I nearly got hit with a brick.”

Police Chief Hall happens to be an African-American. Punks throwing bricks at a black woman who has risen to one of the top police positions in the nation to protest racist cops? You can’t even sell that load of manure on Ebay.

The warfare isn’t limited to the streets. Minnesota Gov. Tim Walz reported Sunday morning that the state government was hit with a massive cyberattack just as the state was coordinating its protest response Saturday night.

“Before our operation kicked off last night, a very sophisticated denial of service attack on all state computers was executed,” Walz said, “That’s not somebody sitting in their basement.”

City and police websites in Minneapolis were also blocked. The hacker group Anonymous is signaling responsibility for that attack.

In Los Angeles it’s curious where the rioting took place, if you believe the fantasy that the violence has to do George Floyd. Windows were smashed and a kiosk was set ablaze at The Grove. This is a beautiful outdoor shopping and restaurant mecca catering to upscale Angelenos. Right next to CBS Studios and the famed Farmer’s Market, The Grove is where you’re likely to see your favorite celebrity out for dinner and a movie with pals.

In New York, two high-powered Brooklyn lawyers were among those arrested for tossing Molotov cocktails at police.  In fact, the daughter of New York City’s progressive and incompetent Mayor Bill deBlasio was busted as part of a group throwing objects at police. The rotten apple doesn’t fall far from the tree.

In Washington, D.C., the historic St. John’s church was set on fire. Virtually every president since James Madison has worshipped there at one point. Fortunately, the damage was contained. Even the Lincoln Memorial was vandalized. A protest about the death of a black man at the hands of a white cop is going to desecrate the memorial of the man who freed the slaves? No. But a protest against America and her freedoms? Sure.

Down in Ft. Lauderdale, further proof of coordination and training behind the violence.

Agitators in Ft.Lauderdale have goggles, some have gas masks. They throw rocks at police then raise their hands in air. Then after a few minutes do it again.

And trust me these agitators aren’t members of BLM

The Real Tragedy? We Knew It Was Coming

Three years ago, on the 25th anniversary of the L.A. Riots, I wrote of my experience. But, with Antifa’s violent antics getting a free pass and Maxine Waters and the like stoking the same divisive, destructive rhetoric used to flood the city with emotional gasoline before it exploded, I was scared for what was to come. “I can see the smoke plumes on the horizon.”

Dennis Prager was even more direct, more explicit. In May 2017 he wrote an article titled “Will America’s Second Civil War Turn Violent?” In the wake of continued, unpunished violence by the left, many American now see that many public officials don’t care to stop the violence.

Left-wing officials sympathize with the lawbreakers, and the police, who rarely sympathize with thugs of any ideology, are ordered to do nothing by emasculated police chiefs. Consequently, given the abdication by all these authorities of their role to protect the public, some members of the public will inevitably decide that they will protect themselves and others.

We must unite to flatten the curve of the Anti-American Revolution. The good news: This spring alone, we beat back a global pandemic and put men back in space. Brothers and sisters of all colors and creeds, we’ve got this.