Does God Still Speak to His People? Part 2 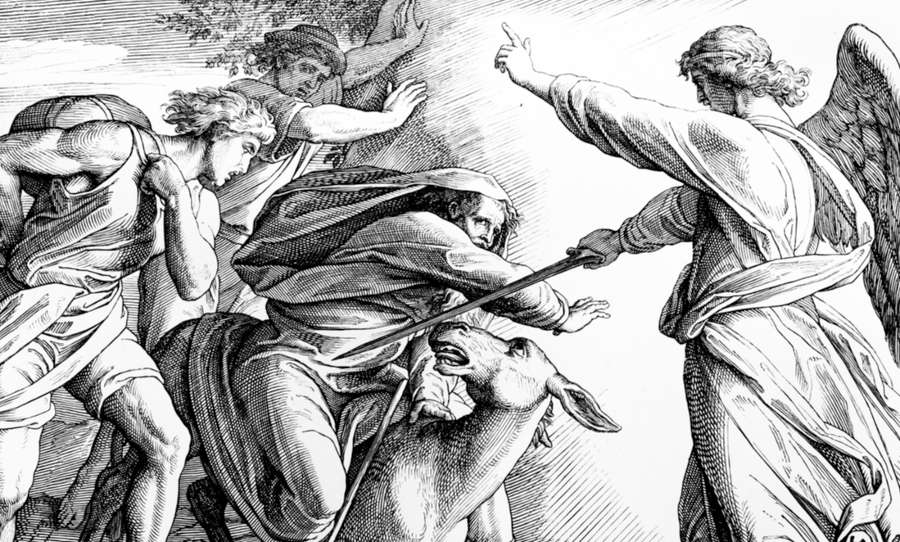 In Numbers 22, God allows a donkey and an angel to speak to a man.

Editor’s note: This is the second part in a two-part series. Read Part 1 here.

I once published a “cowboy Bible” and ran some mail-order ads in horse and rodeo magazines. Those were the days of paper deposits for credit card transactions. I didn’t call for confirmations because of the cost. The Bibles were only $15, and I figured if they wanted to rip me off for a Bible, they needed one. One ticket was returned as an invalid number. I dug out the original magazine coupon and checked the numbers. The only possible error was what I thought was a 9 could have been a 7. I briefly asked the Lord if that was it and put it on the back burner.

A few days later, I answered the phone at our family business, and a man told me that he had the wrong number. He asked what our number was so he would know whether he dialed it wrong or had it written down wrong. I replied, “254-968-3920.” He said, “Oh, I see what I did. That 9 should have been a 7.” It took a few minutes for the light bulb to come on, but God spoke to me through that circumstance. I corrected the credit card number, re-deposited the money, and it went through just fine. That experience was worth a lot more than $15 to me.

God can speak through dreams. Just be sure your dream isn’t not from too much pepperoni pizza the night before. In 1994, we moved to Peachtree City, Georgia. A friend recommended a realtor there, and I scheduled a trip to look at houses. I think the very night before (maybe two), I dreamed that I was admiring a house number on the front of a house. It was 123. I remember saying (in the dream), “What a cool address!” When I woke up, I wondered if that was from the Lord and what it might mean. Perhaps it meant our house would have a simple address?

After our realtor had shown us a half-dozen houses, I told her that none really stood out. She said there was one more she didn’t have on the list because it was a little over our price, and we agreed to take a look. The moment we drove up, we knew that was our house. And when we got to the front door, I was flabbergasted to see these numbers by the front door: 123. It was “a cherry on top” confirmation of what God had already spoken.

I dreamed that I was admiring a house number on the front of a house. It was 123.

Not too long before the Challenger tragedy, John Paul Jackson (who died in 2015) dreamed that the Challenger blew up shortly after takeoff. He didn’t think they would pay any attention to him, but of course, he had to get it off his chest, or he might forever regret it if — God forbid — it happened. He called NASA and got to the very highest-level official he could talk to (which probably wasn’t that high) and explained he was a minister and had a prophetic dream and told him the dream. As you would expect, the response was, “Thank you for your concern, sir, but rest assured … they go through thousands of checks before launch. Everything will be just fine.” Can you imagine what went through that man’s mind at the moment it exploded?

You may be thinking, “Angels never appear nowadays.” How would you know? Hebrews 13:2 says, “Don’t forget to show hospitality to strangers, for some who have done this have entertained angels without realizing it!” [emphasis added]

Years ago, I was leading a small Bible study and prayer group for pilots near DFW airport. I was sharing along these lines of God speaking to us in various ways. I almost scratched this topic of angels off my notes because the participants were from a garden variety of different denominations. But I went ahead and brought it up, and it generated great discussion. Many of them had stories to tell about an encounter with a “person” whom they later thought was an angel.

Psalm 37:4 says, “Delight yourself also in the Lord, And He shall give you the desires of your heart.” I believe that verse’s application is two-fold. First, He “gives,” or puts those desires in our hearts in the first place. Second, He “gives,” or produces the manifestation of those desires (which He already gave us). Strong’s Concordance seems to concur with both of those applications, showing the word “give” can mean (1) “to give, bestow, grant, permit” or (2) “put upon, set, appoint, assign.”

God speaks to us through our desires, but the prerequisite is the first part, “Delight yourself also in the Lord.” Otherwise, we’d think because we have a desire to eat a whole chocolate pie, God must be speaking! The more we delight ourselves in Him, the more we will decipher which desires are of the flesh and which are of the Spirit. And that’s not to say that a desire of the Spirit can’t “splash” over into our flesh and be something we like. In fact, I think God often does that. What better way to get us to accomplish a calling than to give us a desire for it? But it would typically be accompanied with spiritual value. Eating a whole chocolate pie? Knock yourself out, but God was probably not speaking.

Through Gifts of the Holy Spirit

There’s a schism in the body of Christ on the spiritual gifts of the Holy Spirit,(1 Corinthians 12) but they’re not as “spooky” as many think, and God can use them to speak to us. I knew a rough, tough old cowboy — sort of a John Wayne type — who seldom went to church. He was a Christian, but one whom some would think was “passing through fire.” (1 Corinthians 3:15) But I’m convinced he had the gift of words of wisdom, and I think God used that gift in him to speak to me on a number of occasions.

Do you think God speaking through “discerning of spirits” has passed away? Try walking into one of those “voodoo shops” in New Orleans, and you might be surprised how it can work in you (by warning you away). God can use that gift to speak to us, say for example, if you’re about to engage with someone in a business venture and sense something just isn’t right with them.

Of course, there are countless other methods that God can use, to include even audible speech. Although that’s not the norm, I’ve heard of a few such occurrences.

So, to sum it all up, I would say the answer to the title question is a resounding YES. Let us all have the heart of Samuel and continually say to the Lord, “Speak, for Your servant hears” (1 Samuel 3:10).

Does God Still Speak to His People? Part 1