Does God Still Speak to His People? Part 1 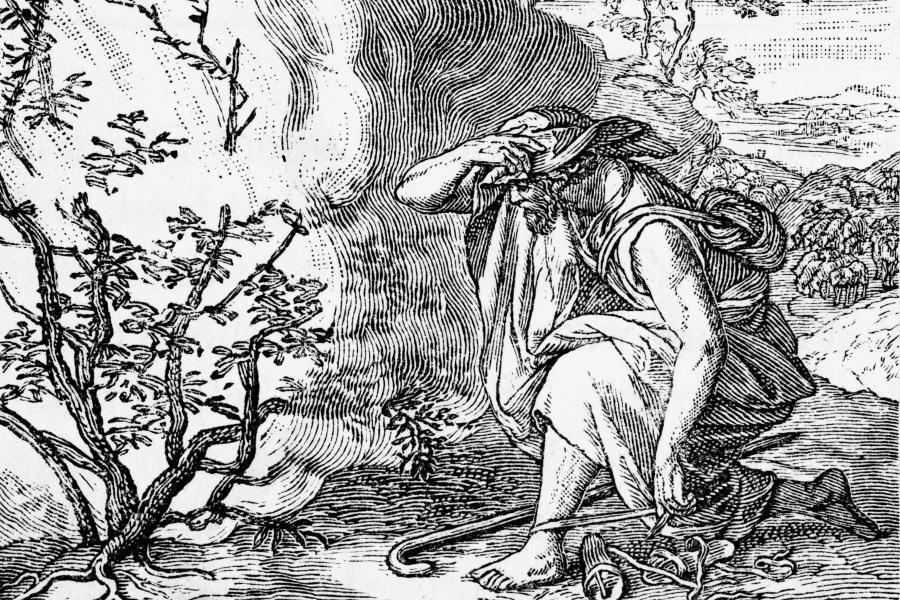 Amidst the threat of World War III, record inflation, our national debt at $30 trillion, rampant crime, and an invasion at our southern border, we desperately need to hear God’s voice — not only for our individual lives, families, and cities, but also for our country.

It’s often said that the United States is “the greatest form of government in the history of the world.” But that’s not true. Probably the second greatest.

The greatest was when God Himself ruled over Israel through judges and prophets before the people demanded a king. In 1 Samuel 8, verse 7 says, “And the Lord said to Samuel, ‘Heed the voice of the people in all that they say to you; for they have not rejected you, but they have rejected Me, that I should not reign over them.’” It seems there’s an alarmingly large percentage of our population that continues to reject Him. But the good news is, we believers are “the salt of the earth” and “the light of the world.” (Matthew 5:13-14)

Jesus is our “good Shepherd,” (John 10:11) and He says, “My sheep know my voice.” (John 10:4) I had show lambs while in high school FFA, and I hate to tell you, but those words of Jesus are not His most flattering words to us. Sheep are dumb … and they stink. But I did find ways to communicate with them (albeit sometimes with a stick). The only way I could have communicated clearly with them would have been to become a sheep. Ah, now there’s a novel idea. Jesus became “the Lamb of God,” (John 1:29) and “was led as a lamb to the slaughter.” (Isaiah 53:7) “He gave up his divine privileges … and was born as a human being.” (Philippians 2:7)

So, how does God speak to us? In countless ways, but here are a few of the most prevalent methods.

The written Word is the primary means God speaks to us, (2 Timothy 3:16) and all of the other methods must line up with this one. He will never tell us anything that goes cross-grained with biblical truths.

Many of you remember those signs you used to see at the post office of Uncle Sam pointing and saying “I want YOU for the U.S. Army.” Who was “YOU”? It was whoever was standing in front of that long, boney finger. The Bible is much like that; it’s truths are universal to each of us. Just as temptations are “common to man,” (1 Corinthians 10:13) so are God’s remedies.

However, even though they’re the same truths for each of us, God has a way of sometimes personalizing them to our individual situations, via the Holy Spirit. I like to use the older technology of X-rays as an analogy. The doctor held everyone’s individual X-rays over the same lighted panel, but the light brought out a unique message for each individual. Well, “God is light,” (1 John 1:5) and Jesus is “the light of the world.” (John 8:12)

As Elijah’s experienced that “still, small voice,” (I Kings 19:11-12) God still speaks to us in this way, but we have to learn to listen.

I had a dear friend, Greg Varney (who went to heaven in 2017), who with his wife, Debbie, was pastoring a small church in Cut Off, Louisianna in the mid-eighties. They felt God was speaking to them about returning to their hometown in Kansas and starting a church. However, God was using them in Cut Off. They needed confirmation, so they spent a period of time earnestly seeking the Lord about it.

One day, that “still small voice” spoke a scripture reference to Greg’s heart — just the reference. It was Zephaniah 3:7, which Greg didn’t remember. He grabbed a Bible and looked it up. It said, ”Surely you will fear me; you will accept correction. Then your dwelling would not be cut off.” That Word lined up with what God was already speaking to their hearts. So, they did not stay in Cut Off; they moved back to their hometown in Kansas, and pioneered a church. After a period of time, it was even more apparent that this was God’s perfect will.

I realize this experience my friend had was a little out of the ordinary. And I think it shows us that God has a sense of humor — even though it pertained to a serious matter. Don’t try this at home … unless you’ve learned to recognize that still, small voice and that it confirms what God has already spoken to your heart. And obviously, if you’re praying about whether or not to go to engineering school in California, the words “engineering” and “California” are nowhere in the Bible. But God knows how to communicate with you in a personal way that’s unique to your situation.

The Tongues of Other People

God can speak an “off the cuff” comment through your spouse (God speaks through my wife often), friend, or even a stranger (i.e. your Uber driver). And it could happen anywhere — at work, at church, on the golf course, or in a coffee shop.

I once built an entrance to my house in the country back in the 70s. It consisted of two tall posts on either side and another post placed horizontally on top of them. I never had installed posts that tall before, and I wasn’t sure whether to tamp the holes with dirt or to use cement. I had heard that if you use cement on wooden posts, when they contract rain can get down in the small gap around the posts and eventually cause them to rot. But I wasn’t sure if that was true.

I Trust Christians. Others, Not As Much