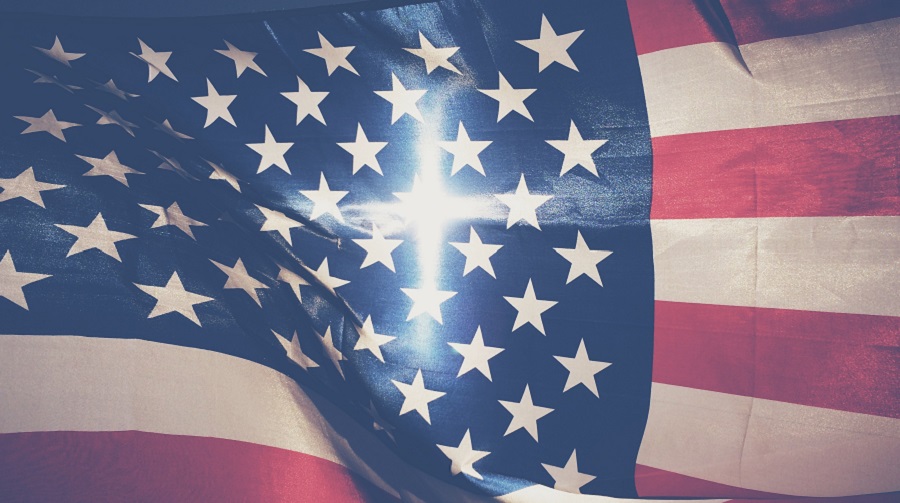 In response to one of my social media posts stating that it was either revival or national collapse in our nation, a reader responded, “God doesn’t give a rip about America.” From what I could glean from the rest of the short reply, his point was that God cares about all the people on planet earth and that America was of no particular importance in His sight. But this is a misguided way of thinking for at least three reasons.

First, there are more than 330 million Americans, every one of them created in God’s image and every one of them precious in His sight, including the miscreants and the rebels. Of course, the Lord cares about America.

Over 2,500 years ago, God called the prophet Jonah to go and prophesy against Nineveh, but instead of obeying, he got up and fled in the opposite direction.

You know the story from there, highlighted by the disobedient prophet spending three days in the belly of a large fish.

But why was he so reluctant to prophesy against Nineveh? It was most likely because he was a patriotic Israelite who realized that Assyria, of which Nineveh was the capital, was becoming a real threat to his nation.

In the end, the people did repent at the preaching of Jonah and the Lord spared the city. And in the decades that followed, Assyria did become Israel’s worst enemy, decimating Jonah’s nation. Yet God still cared about Nineveh.

As He said to Jonah after the prophet bewailed the withering of a plant that had given him shade, “You have been concerned about this plant, though you did not tend it or make it grow. It sprang up overnight and died overnight. And should I not have concern for the great city of Nineveh, in which there are more than a hundred and twenty thousand people who cannot tell their right hand from their left — and also many animals?” (Jonah 4:10-11)

God Has Used America Despite Her Flaws

Second, God has used America in some very exceptional ways, despite our many flaws, sins, and shortcomings.

He has used us to bring the gospel to the ends of the earth. He has used us to supply humanitarian aid in the midst of crisis and famine and calamity all around the globe. He has used us to help defeat evil powers that had already destroyed millions of lives, such as the Nazis, thereby saving millions more lives. And to this day, He has used us to stand against world tyranny and to provide a healthy check to aggressive regimes and terrorist organizations.

And in truth, many of our nation’s greatest qualities are directly related to some of our Judeo-Christian roots. So, yes, God gives quite a rip about America.

For Better or for Worse

Third, as America goes, so goes the world, for better or for worse.

An article on the BBC website noted that, “With the world’s most powerful military, a huge economy, and a leading role in international institutions such as the UN and NATO, the USA is a superpower.”

Additionally, “The USA’s cultural influence extends across the world, for example over two billion people speak some English in the world today with the majority speaking an Americanised version of the language. [Alas, this must be a bitter pill for the BBC to swallow!] US TV programmes, films, video games and music have a large domestic market of more than 300 million customers, in addition to their influence on the rest of the world. The USA also has a social and cultural impact on immediate neighbours such as Mexico and Canada and on North/Central America as a whole.”

Similarly, US News, which ranked the USA as the world’s most influential country, stated, “The United States of America is a North American nation that is the world’s most dominant economic and military power. Likewise, its cultural imprint spans the world, led in large part by its popular culture expressed in music, movies and television.”

Having traveled outside the USA nearly 200 times, including to countries as far away as India, S. Korea, Japan, the Philippines, Singapore, China, Nigeria, Kenya, Australia, and New Zealand, there is no denying the cultural impact made by America, for better or for worse.

Let’s Cry Out to God for Mercy