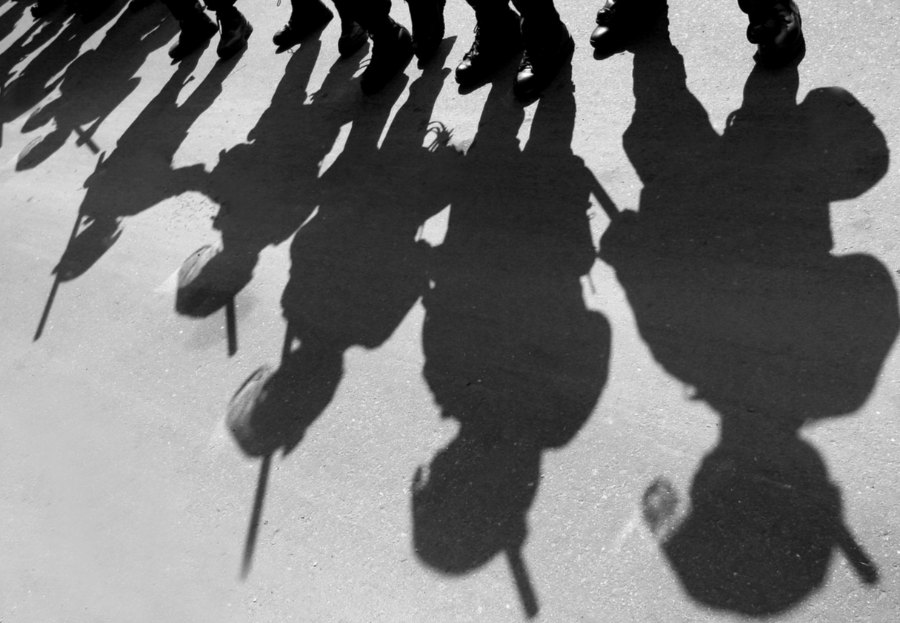 Do you feel like America is spinning out of control? That chaos and disorder seem to be the new order of the day? That you have no idea what tomorrow might bring? That those in leadership of our nation, from the president to law enforcement and from medical specialists to local mayors, are in over their heads? If so, you are not alone. A new poll indicates that “80 percent of voters say things are out of control in the U.S.”

As reported by Mark Murray on NBC News, “Eight out of 10 voters believe that things are out of control in the United States, with majorities still concerned about the spread of the coronavirus, pessimistic about the economy’s returning to normal before next year and down on President Donald Trump’s ability to unite the nation.”

It’s true that the poll was conducted from May 28-June 2, so, before last Friday’s “surprising jobs report, which found the unemployment rate declining to 13.3 percent and the economy adding 2.5 million jobs in May.”

An Overall Feeling of Uncertainty

But I seriously doubt that one positive economic report put a major dent in the overall feeling of uncertainty and chaos which has gripped the country.

Think about it for a moment. Do you have much confidence in what medical experts are telling us? Do you feel sure that they know what is best? It seems like not even hindsight is 20/20 these days.

How about the shutdown? Was it justified? An overreaction? Or were there more sinister plans behind it?

It seems like not even hindsight is 20/20 these days.

What about decisions being made by state and city officials, including governors and mayors? Do you feel like they are in over their heads?

What about the riots? Will they subside in the coming days, or will they come to your own neighborhood?

As for the peaceful protests, as much as we empathize with the anger and the pain, how do we feel about some of the solutions being proposed, including defunding the police? On the flip side, how comfortable are we in asking some deeper questions about our history and our society? Does the thought of it make us nervous?

Nothing Prepared Our Leaders for This

And what about President Trump? Do we feel that he has a grip on how best to handle our current crises, the likes of which no president in history has faced at once? Even the staunchest Trump supporter must realize that nothing prepared him (or any of our national leaders) for a moment quite like this.

Whichever way we turn, we find only partial solutions. No matter who wins the next election, we will remain deeply divided, barring divine intervention.

Even if the protests soon subside, the scars will last for many years to come. And how long will it take to rebuild and restore what has been burned down and looted and destroyed?

As for the virus, even if we successfully win the long-term battle, it is unlikely that normal life will return for a long time to come. If ever. And how many businesses, small and large alike, have been forced to shut their doors for good? And what about all those families still grieving their loved ones killed by COVID-19?

The simple truth is that America needs God.

At times like this, our president, along with every single one of us, would do well to remember the words reportedly uttered by President Abraham Lincoln: “I have been driven many times upon my knees by the overwhelming conviction that I had no where else to go. My own wisdom and that of all about me seemed insufficient for that day.”

That is the perfect place for us to start. On our knees, in dependence upon God, asking Him to give us wisdom for the day.

That is the perfect place for us to start. On our knees, in dependence upon God, asking Him to give us wisdom for the day.

But it does mean that, at such a time as this, we don’t fool ourselves into putting a multitude of Band-Aids on a critically ill patient.

Without divine intervention, America is in deep trouble. But if we call out for mercy — no, desperately plead for mercy — and give ourselves unconditionally to be agents of hope and healing, then all things are possible.

Things certainly are spiraling out of control. It’s high time that we appeal to the only One who can set things right. There is a time when even the proudest among us must bow the knee before Him. Now is such a time.