How Reagan and John Paul II Won the Cold War, Together 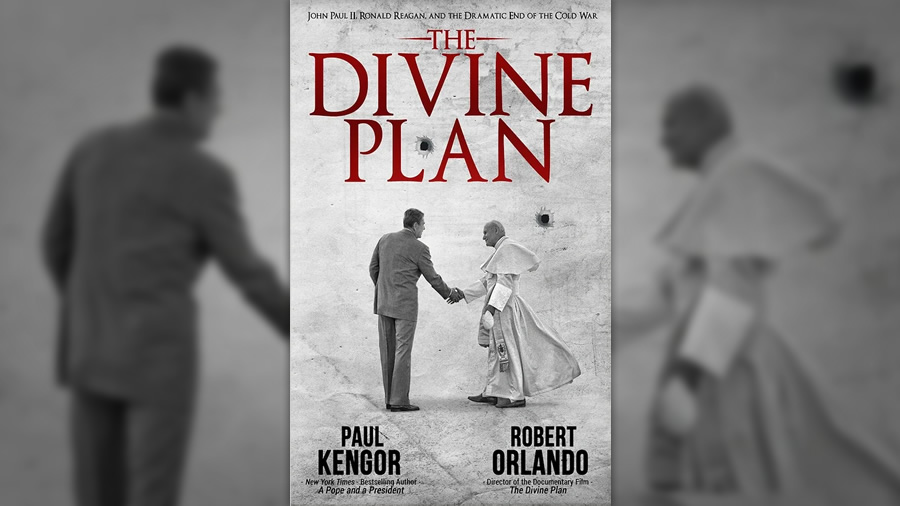 Jumpy diplomats had almost desperately opposed the “tear down” line. Ronald Reagan used it anyway in his Berlin speech. “Mr. Gorbachev, Tear down this wall!” was one of the most dramatic moments in modern American history. Gorbachev didn’t dare tear it down, but people inspired by Reagan’s challenge did. The rest is not just history, but profound historical drama.

This kind of moral courage was typical of Reagan — and of his great ally, John Paul II. In their film, The Divine Plan, historian Paul Kengor and filmmaker Robert Orlando explore that courage through the relationship these two giants developed during the 1980s. (I should note that Paul and I have been friends for many years. Paul teaches political science at Grove City College.)

The president and the pope were convinced God had given them a unique partnership and a unique charge: To end the Cold War by hastening the internal collapse and international failures of the Soviet Union.

The film makes a good case for its principal argument. As University of Texas historian H.W. Brands reports, early in his term, Reagan said of America versus Russia, “We win, they lose.” More than his predecessors, he took the moral content of the Cold War seriously. He saw communism as an affront to humanity.

The Divine Plan details the close, and secret, relationship of the Reagan Administration with the then-new Polish pope. Many names familiar to those of us who remember the 1980s, from William Casey to William Clark, are woven in a rather intricate portrait of how the Vatican partnered with Washington to undermine the Evil Empire.

Reagan and the Pope

In the Pope, Reagan found not just a friend but a vital strategic ally. As Catholic scholar George Weigel argues, the two leaders had a “parallel” read of communism. They believed in human dignity and the value of each person grounded in their common conviction that God is the author and sustainer of life and liberty.

Reagan emphasized this throughout the eight years of his presidency. A Reagan aide reports that while awaiting Gorbachev’s arrival at a summit in Reykjavik, he asked the Gipper what would cause the Soviet Union to collapse. “The people’s desire to know God,” said the American president.

A significant part of the film is occupied with the Brezhnev-led communist cabal’s involvement in the attempted assassination of the Pope. The evidence seems substantial.

Of course, it is impossible to capture all that occurred during this epochal era. For example, one wishes that Margaret Thatcher’s heroic anti-communism and its importance to the Reagan-Wojtyla alliance would have been more highlighted. Also, the Pope’s threat, in a letter to Leonid Brezhnev, to resign the papacy and return to Poland in order to lead the anti-Soviet resistance goes unreported.

Viewers will quickly become aware that the film is intensely Catholic. It’s made clear early on that a number of Reagan’s senior aides were devout Catholics. We’re also told that Reagan had a “Catholic sensibility.”

If by this it is meant he believed in historic Christian teachings about each person bearing the image of God and meriting the liberty to practice his faith, this is true. Yet, it should be hoped, all professing Christians share these convictions.

The Divine Plan is a reverent and important review of the inspiration for one of the most profound events in history.

Reagan was a longtime attender of a Presbyterian church in California and was closely identified with Evangelical Protestantism. White Evangelicals (remember the Moral Majority and the National Association of Evangelicals’ “evil empire” speech?) were an essential part of his core base and strongly supported his pro-freedom, anti-communist agenda and the massive defense buildup that flowed from it.

That said, there’s no question the devout Catholicism of several of Reagan’s key advisors played a key role in animating their dedication to ending one of history’s most evil regimes.

The Divine Plan is a reverent and important review of the inspiration for one of the most profound events in history: The unique alliance of a Polish Catholic pope and a California politician (both trained as actors, by the way) to end what was, to that time, the greatest existential threat to freedom and security in history.

“Whether you’re a Christian or not, you could understand the notion that there is divine purpose at work in human affairs, and that the task of conscience is to determine what that divine conscience is, and then live it out irrespective of the cost,” says Weigel of the Reagan-Wojtyla philosophy.

We still need leaders who can appeal to the conscience of the nation — indeed, of the world — affirming the centrality of human dignity and the importance of defending it at all costs. The Divine Plan reminds us that at critical times, God can raise them up.