Did the Prophet Ezekiel Predict Russia’s Invasion of Ukraine? 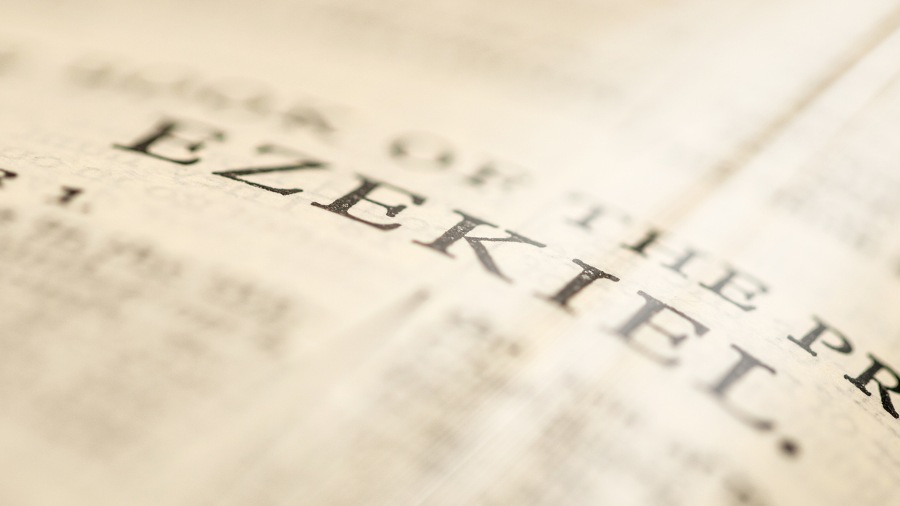 According to Pat Robertson, Vladimir Putin is being “compelled by God” to invade Ukraine. Indeed, “He went into the Ukraine, but that wasn’t his goal. His goal was to move against Israel, ultimately.” And, according to Robertson, this was all prophesied by Ezekiel, who lived more than 2,500 years ago. Is this true?

On February 24, 2022, Russia’s President Vladimir Putin announced a ‘special military operation’ into Ukraine. Are Jewish sources correct that Russia’s invasion of Ukraine is the start of the Gog and Magog war of Ezekiel 38? Are Protestant sources, and people like Trumpet editor Gerald Flurry right that Vladimir Putin is the ‘prince of Rosh/Rush’? Does Ezekiel 38 include Russia? What are some of the other nations involved in Ezekiel 38? Does this battle happen BEFORE or well AFTER Jesus returns? Can you know the answer from the actual passages in Ezekiel 38?

A Christian Zionist website makes this claim (note that this was posted on December 10, 2021, so more than two months before the Russian invasion): Based on Ezekiel 38-39, the armies that will one day invade Israel “include Russia and Turkey from the north, Sudan/Libya (possibly including Algeria and Tunisia) from the south and west, and Iran from the east. Consequently, sometime in the future, an enormous military force surrounds Israel, which is far beyond their capacity to defeat. God alone can deliver them from annihilation, which Ezekiel reveals He does (38:17–23; 39:1–6).”

In stark contrast, Old Testament and Semitic scholar Michael S. Heiser tweeted, “The idea that Ezekiel 38 and 39 is about Russia or a Russian invasion has literally no merit in terms of exegesis.” (Exegesis refers to accurate interpretation of the Scriptures.)

Who is right here?

Dr. Heiser, without a doubt.

First, Ezekiel 38 says nothing about Russia, directly or indirectly, despite some translations which read, “Son of man [which is how the Lord referred to Ezekiel], set thy face toward Gog, of the land of Magog, the prince of Rosh, Meshech, and Tubal, and prophesy against him” (ASV, my emphasis; see also the Septuagint, the Greek translation of the Old Testament which dates to approximately two hundred years before Jesus).

The correct translation, as recognized by the vast majority of translations and commentaries, is this: “Son of man, set your face toward Gog, of the land of Magog, the chief prince of Meshech and Tubal, and prophesy against him” (ESV).

The Hebrew here reads n’si rosh, which could potentially mean “the prince of Rosh” (as if rosh was a place name) but it is better translated as “chief prince” (with rosh carrying its normal meaning of “head, chief”).

Yet even if a case could be made for the Hebrew text meaning, “prince of Rosh,” Ezekiel scholar Daniel Block points out the problems. (This will be a little technical for some readers, but just watch for his conclusions.)

The popular identification of Rosh with Russia is impossibly anachronistic and based on a faulty etymology, the assonantal similarities between Russia and Rosh being purely accidental. In the 19th century some scholars associated Rosh with Rûs, a Scythian tribe inhabiting the northern Taurus Mountains, according to Byzantine and Arabic writings. Recent attempts to equate Rosh with Râshu/ Rêshu/Arashi in neo-Assyrian annals are more credible, except that the place so named was located far to the east on the border between Babylon and Elam, and would have had nothing to do with Meshech and Tubal. This interpretation is also difficult (though not impossible) from a grammatical point of view. If Rosh is to be read as the first in a series of names, the conjunction should precede ‘Meshech.’ rōʾš is therefore best understood as a common noun, appositional to and offering a closer definition of nāśı̂ʾ. Accordingly, the prince, chief of Meshech and Tubal, combines Ezekiel’s preferred title for kings with a hierarchical designation, the addition serving to clarify the preceding archaic term. Ezekiel’s point is that Gog is not just one of many Anatolian princely figures, but the leader among princes and over several tribal/national groups. (New International Commentary on the Old Testament, Ezekiel 25-48, 434-435)

Second, Meshech and Tubal referred to nations that were located in what is Turkey today, hence also unrelated to the current war.

I Believe This Prophesy Will Literally Come True

Of course, the argument is that the war will expand, involving many other nations, some of which are mentioned in Ezekiel 38:5-6. And I personally believe that the Bible does predict a final war against Israel, one in which the Lord will fight for His ancient people and ultimately destroy the invaders. This is most clearly addressed in Zechariah 12 and 14, as well as in Ezekiel 38-39.

I believe that this will literally happen, just as I believe the Bible prophesied God would scatter the Jewish people around the world (I write this as a Jesus-believing Jewish person myself) and then regather us back to our ancient homeland. As it was written, so has it happened.

And Ezekiel’s language is very clear, saying to these nations, “After a long time you shall be summoned; in the distant future you shall march against the land [of a people] restored from the sword, gathered from the midst of many peoples—against the mountains of Israel, which have long lain desolate—[a people] liberated from the nations, and now all dwelling secure” (NJPS Version). This is quite a striking prophecy!

What about a Jewish tradition that purportedly states, “When you hear that the Russians have captured the city of Crimea, you should know that the times of the Messiah have started, that his steps are being heard. And when you hear that the Russians have reached the city of Constantinople (today’s Istanbul), you should put on your Shabbat [Sabbath] clothes and don’t take them off because it means that the Messiah is about to come any minute.”

It is just that: a tradition, without scriptural support or divine authority. Plus, the Russians have not yet reached Istanbul. Not even faintly, remotely close.

Could it be that, in the years to come, we will see a coalition of nations coming against Israel, with Russia leading the way (or, at least, participating). That’s possible. And could it be that, when that day arrives, we will look back to Ezekiel 38-39, at least as a broad-brushed description of what is taking place? Perhaps.

But right now, there is absolutely no scriptural or factual evidence that connects Ezekiel 38 to Russia’s invasion of Ukraine. And with hundreds (or thousands) of mistaken date-setting interpretations of the Bible littering our recent past, it’s best to toss this latest one in the dustbin right now.