Did the People of Hungary Reelect a Pro-Putin Hyper-Nationalist? 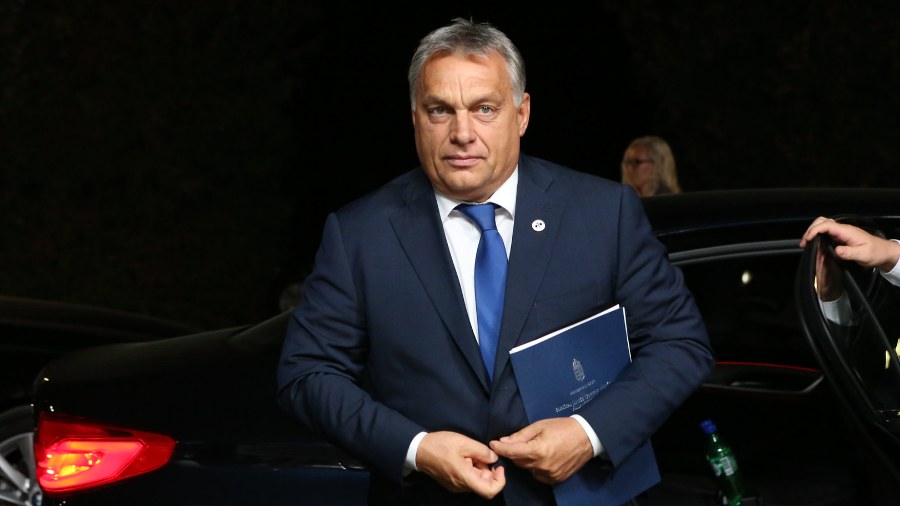 Judging by reports from the left-leaning media, the people of Hungary showed their true colors by electing Prime Minister Viktor Orban to an unprecedented fourth consecutive term. If these reports are to be trusted, Orban is a dangerously nationalistic, far rightwing, anti-gay, anti-Muslim bigot, a friend of Russia’s Putin and an adversary of Ukraine’s Zelensky.

If this description is accurate, what does this say about the people of Hungary?

Orban was expected to have an especially tough challenge this time because all 6 opposition parties united against him. Instead, he won by his largest margin to date, with his party now looking to take 135 seats and the 6-party opposition alliance taking only 56 seats.

To be sure, Orban’s decision not to take sides in Russia’s invasion of Ukraine can seem immoral to many in the West, especially given what appear to be grievous war crimes committed by Russia. And his post-election statement that he defeated 6 enemies, the last being Zelensky, has created an uproar, understandably so.

On the flip side, Hungary has now taken in 600,000 Ukrainian refugees, second in number only to Poland. And Hungary has stood by NATO in sanctioning Russia with the exception of boycotting Russian fuel.

In the words of Orban’s campaign strategist Ágoston Mráz, “His message is that Hungary should avoid participating in this war and therefore he is against weapons delivery. And the average Hungarian voters agree very much with this.”

But Orban’s relationship with Putin is not the primary reason for his great popularity. Instead, as explained by John Gizzi on Newsmax, “With the economic growth rate at 7.1 percent in 2021 and unemployment at roughly 3 percent, the economy was clearly on the side of Orban.”

In Hungary, Marriages and Fertility are Up While Abortion is Down

Orban also got high marks from voters for his policy of ‘support for responsible child bearing’ — notably that mothers who have four children are exempt from federal income taxes for life.

The fruits of this pro-family policy (in which the government invests 5% of Hungary’s Gross Domestic Product for family support) includes an increase in the fertility rate of 24% in the last decade — ‘the largest in Europe,’ Minister of Families Katalin Novak told Newsmax last October.

Additionally, Novak told us, marriages are up by 43% in 10 years and abortions have decreased by 41% over the past 10 years.

With Orban’s support, Novak was elected Hungary’s first woman president and will be sworn in next month.

Little wonder that Orban got so many votes. And what striking, pro-family results.

A Christian journalist in Hungary emailed me directly, wanting me to understand things more from his perspective within the country. Repeating some of what I have shared already, he noted that, “The liberal-left opposition that is supported by the Western liberal media and the Soros-network tries to paint PM Orban as the last European ally of Putin. They have been doing it for many years.” (For those who are unaware, Soros was born in Hungary and spent his first 17 years there, so his funding of radical leftist policies worldwide strikes close to home for many conservative Hungarians.)

Seeking to Protect the Hungarian Minority Living in Ukraine

But some points to consider:

1. PM Orban voted for all the sanctions against Russia and fulfills our duties towards NATO. He condemned the Russian aggression. But we don’t support cutting off energy supply from Russia as it would hurt our country very harshly.

2. Hungary accepts and cares for all the refugees from Ukraine, hundreds of thousands. Hungarian Christians and charities play a very important role in these efforts in cooperation with the government.

3. We have a sizable Hungarian minority (150,000+) living in Ukraine. They are treated as second class citizens by the Ukrainian authorities, they cannot use their language etc. They have some very bad experiences with the Ukrainians. It is our responsibility not to make them targets in this war. Therefore we do not supply lethal weapons to Ukraine but give all the humanitarian assistance. (It is similar to the Israeli behavior)

4. We respect the Russian people. We have our own very serious historical grievances against Russia, we fought against them in two national revolutions, they have occupied Hungary for 45 years but unlike the Poles, the Hungarians don’t hate the Russian people, they love their culture. We don’t want to cancel Pushkin, Tchaikovsky, Tolstoy etc.

As for Orban being anti-Muslim, the truth is that Hungary largely closed its doors to Muslim refugees when the government found that, by and large, they were not trying to integrate into society but were instead living off government support, often while remaining hostile to Hungary itself. (Orban actually styled them “Muslim invaders.”)

And the people of Hungary have not forgotten that they were under Ottoman (Muslim) rule for 145 years, from 1541-1699. This, too, affects their views on having open borders to large numbers of Muslim immigrants.

As for Orban being anti-LGBTQ, the reality is that Orban upholds Christian moral values when it comes to marriage, family, and the sexualizing of children.

Accordingly, in 2020, the government altered “the constitutional definition of families to exclude transgender adults and same-sex couples, asserting that the ‘foundation of the family is marriage and the parent-child relationship.’”

Then, in 2021, “Hungary’s parliament … passed a law banning gay people from featuring in school educational materials or TV shows for under-18s.”

And the majority of the Hungarian people supported these changes, which is another reason they voted again for Orban. Can you imagine?

Yet in saying all this, my intent is not to be an apologist for Orban, to minimize the suffering of the Ukrainians, or, in particular, to defend his relationship with Putin.

It is simply to say that, to the best of my knowledge, being informed by well-connected, mature Christian sources within Hungary, Prime Minister Orban is not the man the left-leaning West is making him out to be. He has done much good and stood for many noble causes, and in turn, his nation has shown its support.

The Brew: March Madness … Oh, Yeah, and There’s That Basketball Tournament Too