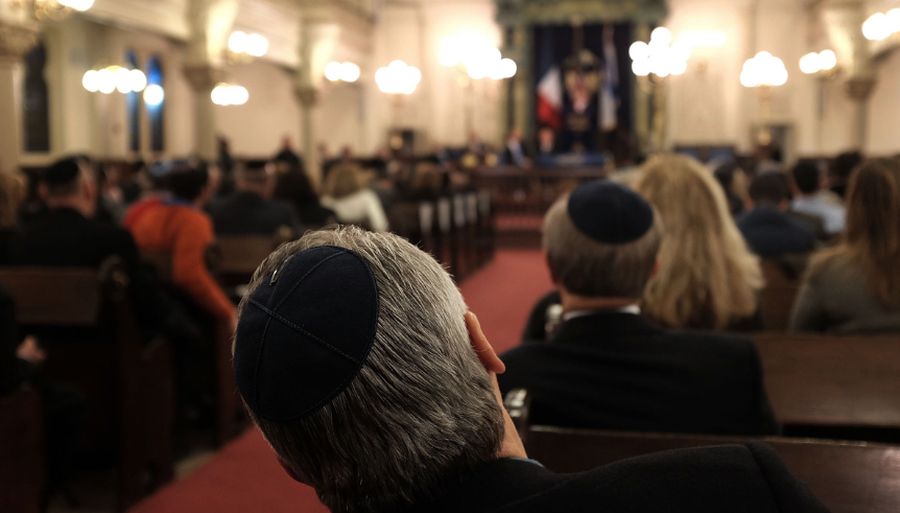 When I challenged Dr. Jones’ interpretation of Paul’s words, along with his understanding of the usage of the term “the Jews” in John’s Gospel, he responded by calling my viewpoint “cockamamie.”

In short, Dr. Jones has mocked the idea that Paul was not making a blanket statement about “the Jews” in 1 Thessalonians 2:14-16. And he has ridiculed the idea that in John’s Gospel, the Greek term hoi Ioudaioi often means “the Jewish religious leaders.”

What Does the Bible Say?

Let’s look first at the relevant verses in 1 Thessalonians as rendered in the ESV, a respected evangelical translation:

For you, brothers, became imitators of the churches of God in Christ Jesus that are in Judea. For you suffered the same things from your own countrymen as they did from the Jews, who killed both the Lord Jesus and the prophets, and drove us out, and displease God and oppose all mankind by hindering us from speaking to the Gentiles that they might be saved — so as always to fill up the measure of their sins. But wrath has come upon them at last!

But the ESV also has a note to the word “Jews,” explaining that “the Greek word Ioudaioi can refer to Jewish religious leaders, and others under their influence, who opposed the Christian faith in that time.”

That’s why the NKJV, another respected evangelical translation, reads, “the Judeans,” while the TLV renders with “the Judean leaders.” And note carefully what the Greek says in v. 14, referencing the congregations “in Judea” (Greek Ioudaia) and the persecution of “the Judeans” (Greek, Ioudaion).

That’s why Gordon Fee, one of the world’s top, evangelical New Testament scholars, explained that Paul here is “referring first of all to the original meaning of the Greek term, ‘the Judeans’ (= the Jewish people of Judea).”

He continues: “It is not all Jews who are in view, but those who in particular were responsible for the death of Jesus and the [New Testament] prophets. … Thus, it is not the Jewish community as such, nor as a whole, who are singled out here, but especially a part of the Judean sector of the community, whose leaders violently opposed Christ and his early followers” (The First and Second Letters to the Thessalonians).

So much for my reading of the text to be “cockamamie.” Fee is echoing my words.

As explained by Raymond E. Brown, perhaps the greatest Catholic biblical scholar of the last generation, “The Fourth Gospel uses ‘the Jews’ as almost a technical title for the religious authorities, particularly those in Jerusalem who are hostile to Jesus.” (Anchor Bible Commentary, Gospel of John, his emphasis). Are the views of Raymond Brown also “cockamamie”?

Concerning the usage of hoi Ioudaioi (the Jews) in John 9, Urban C. von Wahlde, another respected Catholic scholar, notes, “Even the instances with the most hostile connotations are used in a way that is intended to refer to religious authorities rather than the entire nation.”

And what does the number one Greek-English New Testament dictionary say about this usage of “the Jews”? According to A Greek-English Lexicon of the New Testament and Other Early Christian Literature, the term refers to “those who are in opposition to Jesus, with special focus on hostility emanating from leaders in Jerusalem, center of Israelite belief and cult.”

To repeat: That is exactly what I have been saying and exactly the position Dr. Jones mocks and rejects. And it is also why I have urged him to be careful about making sweeping statements concerning “the Jews.”

This same lexicon, which is widely used by all New Testament scholars, regardless of their religious background, adds these important words: “there is no indication that John uses the term in the general ethnic sense suggested in modern use of the word ‘Jew’, which covers diversities of belief and practice that were not envisaged by biblical writers, who concern themselves with intra-Judean (intra-Israelite) differences and conflicts” (my emphasis).

That’s why more and more modern English versions, including the NIV, the CEV, the NET, and the NLT, translate relevant verses in John (such as John 9:22) with “Jewish leaders” or “Jewish religious leaders.”

This is good, responsible scholarship, recognizing how words can be misunderstood, leading to defamation, persecution, and even bloodshed.

Did the Jewish leadership in Jesus’ day incur guilt by rejecting the Son of God? Without a doubt. Do Jewish people in every generation need to make their own decision about Jesus? Certainly, they do. Were there Jewish leaders (or Judean leaders) who persecuted Jesus, the prophets, and the apostles? Absolutely. Were those people “enemies of the whole human race”? Paul said it, and I affirm his words.

But can we make such a blanket statement about “the Jews”? Certainly not.

And it is anything but “cockamamie” to emphasize this point, especially as the tide of “Christian” antisemitism is rising again in our day, even here in America. Let us be careful with the words we use. As Proverbs states, “Death and life are in the power of the tongue” (18:21).

Jew Hatred is Alive and (Un)Well