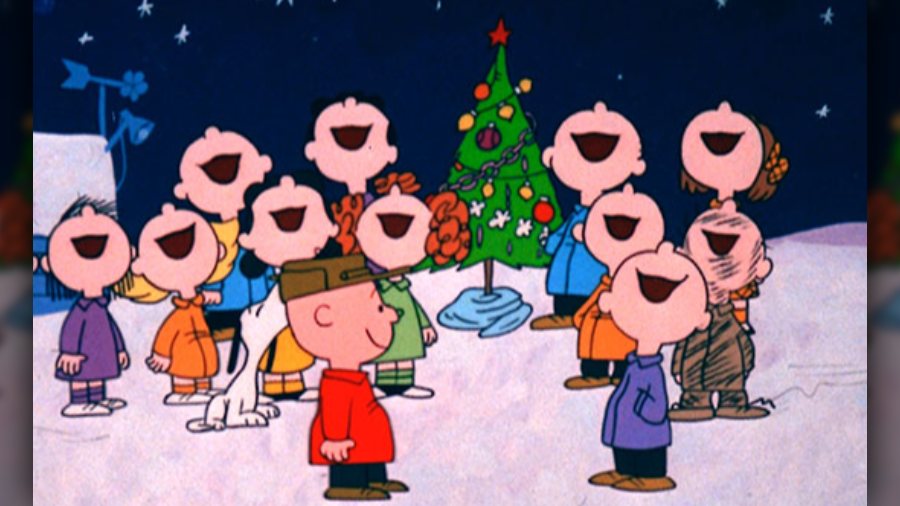 What does Christmas mean? A little boy with a blanket steps up to the microphone, and recites:

And there were in the same country shepherds, abiding in the field, keeping watch over their flocks by night. And, lo, the angel of the Lord came upon them, and the glory of the Lord shone round about them! And they were sore afraid. And the angel said unto them, ‘Fear not! For, behold, I bring you tidings of great joy …’

Did that really happen, Linus? (Or Luke, whom you’re quoting?)

Several years ago, I wrote a book called Jesus is No Myth: The Fingerprints of God on the Gospels. In it, I described 30 patterns of evidence (“fingerprints”) in the first accounts of Jesus’ life that show why they are believable. A few “criteria” have long been used by historians. Others were developed by modern scholars like N.T. Wright and the philosophers Tim and Lydia McGrew, others still by great thinkers of the past like C.S. Lewis and Blaise Pascal, while I discovered others by staring long and hard at the gospels.

The Grinch Fails to Steal Christmas

Like a Grinch determined to steal Christmas, secular scholars have ransacked ancient literature, searching for some plausible parallel to Jesus of Bethlehem, so they can say, “Hah, hah! No one special was born on Christmas Day!” But the Grinch’s quest has failed.

I systematically compared the most popular of those works to the gospels, and found none of them shared any but a few of the weakest markers of truth found in those four books. This shows not only that Jesus was a real person, but that his first biographers depicted his life, teachings, works of kindness, death, and resurrection accurately. As it happens, my editor here at The Stream, Tom Gilson, later explored another set of evidences that similarly support the truth of the gospel story.

The Biography of a Savior

But as an historian, I long felt less certain about the birth narratives. For one thing, the story of Mary and Joseph occurs a generation earlier than Jesus’ public ministry. It would have been harder to find eyewitnesses, not just because of the passage of time, but because the lives of babies are usually more private. Besides, only those two gospels tell the story, and details in Matthew and Luke differ.

I can show that the baby whose birth we celebrate on Christmas did bring “joy to the world,” as one Christmas carol has it. Chains he has broken, as another puts it, and in his name much oppression has ceased: sati in India, foot-binding in China, slavery throughout the world. But did “herald angels” really sing about that beforehand, as Luke claims?

We know from Colin Hemer’s study of Acts that Luke was a careful historian. Hemer lists 84 facts which Luke can be shown to have gotten right: towns, customs, the names of officials, travel routes, gods worshipped, a particular location, commercial and historical footnotes, even local slang, in the late chapters of Acts of the Apostles. If Luke got so much right in Acts, wouldn’t he be even more careful in his biography of the Savior?

Working as a missionary in Asia, I met many people who had experienced answers to prayer like what the New Testament calls “signs.” Modern miracles have led many to Christ. New Testament scholar Craig Keener wrote a 1200-page book detailing such accounts. So one can’t rule the gospel story out, merely because it includes miracles.

The idea that God would send messengers or heralds — angels, stars, or wise men from the East — to announce Jesus’ birth seems more credible the longer I study the history of how Christianity spread. Of course such promises of a Savior are scattered like Easter eggs across the pages of the Old Testament. Having grown up on Don Richardson’s books, I have carefully studied how people around the world were prepared for the message of Jesus. This is the secret history of Christianity, one of the tricks by which the gospel spread around the world. (See here, here, and for a more scholarly account, here.)

Kepler’s star also sheds light on the matter. As great astronomer Johannes Kepler pointed out, Jupiter and Saturn met three times in the sky, from 7 BC to 5 BC. According to the historian Paul Maier, “the King’s Planet” (Jupiter) met the “shield and defender of Palestine” (Saturn) in a region of the sky (Pisces, the Fish) that denoted great events. Then a comet or “guest star” was recorded by the Chinese in the spring of 4 BC, which would seem to move westward across the southern sky, as if to help wise men find their way in the dark. So it is an astronomic fact that such portents appeared in the sky about the time Jesus was born.

Such background facts make a story more credible even before you read it. That’s called “prior probability.” But the two gospels themselves give direct historical evidence for the events they narrate.

Last week I opened a folder I somehow found near my bed, containing a sheaf of 29 pages in fine cursive that I didn’t know existed: my grandmother’s autobiography, it turned out.

The story opens in 1897, at her birth to a family of farmers living in a log cabin in Arkansas. The family farm featured apple, plum, and peach orchards, pigs and chickens, and a fireplace where Grandma, the seventh of eight children, warmed herself in winter. But Dad wanted to “go west,” so they took a buggy to the train station at Gravette, in Northwest Arkansas. They transferred at Kansas City, where the children played in the restroom: “We were intrigued with the long chain we could pull, sending water into the toilet bowl from the high tank.”

This part of the story now lays some 115 years in the past: a generation greater than the gap between the early life of Jesus and the writing of the gospels.

Yet I find Grandma’s story credible. Oral histories about important events in a new community are often well-preserved. It seems there is a little a town called Gravette. Other details match facts that I knew from other sources.

Luke and Matthew were far closer to the facts than I am to Grandma’s childhood. Early Christians would have been deeply motivated to preserve stories of the Messiah, and we know that Jesus’ mother and siblings were still alive. In India, the Rig Veda survived thousands of years of oral transmission.

Given Luke’s record of accuracy, given what we know about the Star of Bethlehem, our ongoing experiences of God’s grace, and given how Matthew confirms much of Luke’s tale, it is reasonable to believe that their story really happened.

Was Jesus Really Born in a Stable?