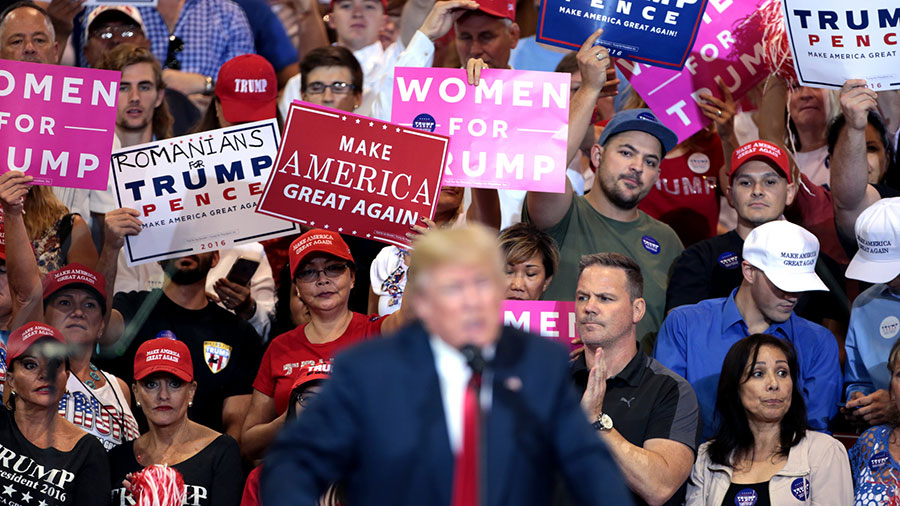 According to Never Trumper evangelical author Ben Howe, the main reason evangelical Christians supported Donald Trump in 2016 was money rather than morality. In other words, they did not vote for him because of moral issues like abortion or Supreme Court appointees. Rather, they voted for him because they felt he would do a better job with the economy than Hillary Clinton. Is this true?

If it is, then, in my opinion, Howe would have good reason for calling such voters hypocrites.

After all, it would be one thing if these voters (which include me) said, “We don’t like Trump’s past, and we certainly don’t look to him today as a serious Christian or a paragon of moral virtue. But the unborn are being slaughtered, and our religious freedoms are under attack. And because Hillary is pro-abortion and even opposed to our religious liberties, we’ll vote for Trump, albeit with some reservation. Just putting the right people in the Supreme Court will be reason enough to vote for him.”

That, in my opinion, is a defensible choice for evangelicals, one that is even based on morality and Christian principles. It is a choice in harmony with our values.

As evangelical theologian Wayne Grudem explained, “It isn’t even close. I overwhelmingly support Trump’s policies and believe that Clinton’s policies will seriously damage the nation, perhaps forever. On the Supreme Court, abortion, religious liberty, sexual orientation regulations, taxes, economic growth, the minimum wage, school choice, Obamacare, protection from terrorists, immigration, the military, energy, and safety in our cities, I think Trump is far better than Clinton. … Again and again, Trump supports the policies I advocated in my 2010 book Politics According to the Bible.”

But it would be another thing if we said, “We don’t like Trump’s past, and we certainly don’t look to him today as a serious Christian or a paragon of moral virtue. But we believe he can do a better job of strengthening the economy than Hillary, so we’ll vote for Trump, albeit with some reservation.”

That, in my opinion, would be a carnal choice, even a hypocritical choice. Yet according to Howe, that is exactly why most evangelical Trump voters supported him.

Not his pro-life position. Not his stance on behalf of religious freedoms. Not his solidarity with Israel. Not his pushing back against radical LGBT activism. Not his commitment to nominate conservative judges.

No. It was primarily a money-based vote.

Where does Howe get this idea? From the polls.

A Money Based Vote?

He writes, “The University of Chicago’s Divinity School broke down polling from LifeWay Research, which had been conducted in the final months of the election. It found that only 4 percent of evangelicals cited abortion as their determining factor in a candidate. When asked what issue mattered most, evangelicals, by a wide margin, chose terrorism and the economy (26 percent and 22 percent, respectively). In fact, abortion ranked at the very bottom behind immigration, with religious liberty coming in third to last.”

Could this be true?

Whereas LifeWay Research ranked their poll by having voters choose what was ‘most important,’ Pew Research measured simply by what evangelicals selected as ‘very important’ and found similar results.

Terrorism (89 percent) and the economy (87 percent) led the pack again, closely followed by immigration (78 percent). Abortion (52 percent) ranked fourth from the bottom of fourteen issues, edging out treatment of racial and ethnic minorities (51 percent), the environment (34 percent), and treatment of the LGBT community (29 percent).

The notion of religious liberty is not nearly as important to evangelical voters as the stock market surging or ‘finally’ having a president who’s willing to threaten to use nuclear weapons on our adversaries. Whether religious liberty is truly in danger or not is irrelevant to the point.

Of course, one could argue that combating terrorism also saves lives and therefore should not be contrasted with combating abortion.

But even so, how do we explain so few evangelical Trump voters stating that abortion was a major factor for them?

It’s tough to argue with the polls or label them “fake news,” especially when one of the polls was conducted by LifeWay Research.

And yet I must argue with the polls for two simple reasons. First, as one who lives in the world of conservative evangelicalism, I rarely meet (or hear from) an evangelical whose main reason for voting for Trump was economic.

I’m not denying that such voters exist. I’m simply saying that I hardly ever encounter them. Not face to face. Not in my speaking engagements during Q&A sessions. Not on my radio show. Not in online interaction.

In harmony with this, many voted for him simply as a vote against Hillary Clinton, whom they perceived to be on the very wrong side of these issues. Otherwise, with a more moderate Democratic candidate, they might have sat out the elections.

On Facebook, where I could only offer two choices, I asked, “if you voted for Trump in 2016 (and only if you voted for him), between these two issues, which was more important to you? Did you vote for Trump mainly to fight against abortion or mainly to improve the economy?”

Out of the 2,057 who responded, 83 percent said abortion and only 17 percent economy.

On Twitter, I posted two consecutive polls, giving a total of 8 options (see here and here). I asked, “If you voted for Trump, what was your primary reason of voting for him?”

The answers, in descending order were:

Once I posted the Twitter poll, I realized I should have excluded two of the options and added in religious liberties and immigration. But either way, what’s clear is this: the economy was not a major factor for Trump voters, especially when compared to abortion.

Of course, these polls are not scientific, and, at best, they reflect the views of those who follow me on social media.

Yet they confirm everything I thought to be true before I did the polling based on more than two years of interacting with Trump supporters and detractors.

Did we, then, compromise our convictions for the sake of a better economy?

Perhaps some did, but to my knowledge, most did not.