Did California Legislators Just Vote to Protect (Gay) Adults Who Have Sex with Minors? 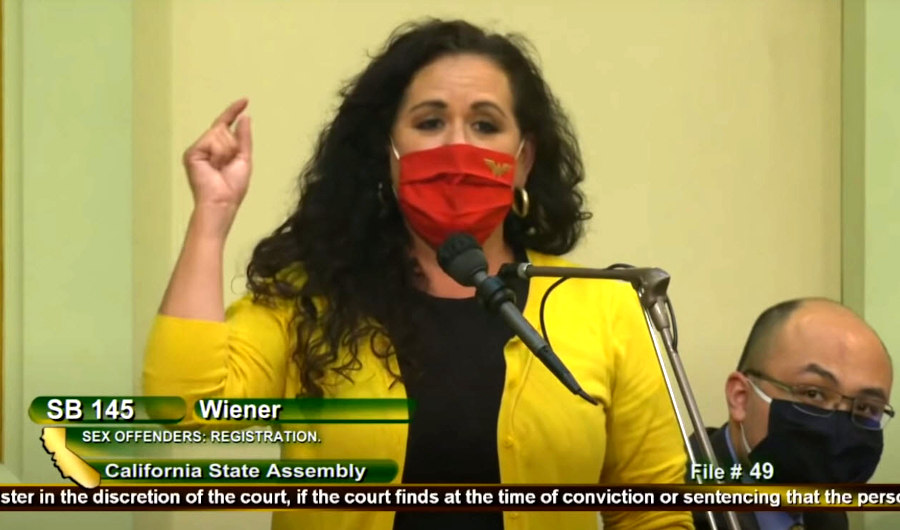 Democratic Assemblywoman Lorena Gonzalez spoke against the bill, saying, "I cannot in my mind as a mother understand how sex between a 24-year-old and a 14-year-old could ever be consensual, how it could ever not be a registerable offense.”

If there was one thing we could all agree on, you would think it would be this: minors should be protected from sexually aggressive adults. Yet, with a nod to “equality” under the law for the gay community, the California Assembly has voted to lessen the potential penalty for 24-year-olds who have sex with children as young as 14. Shockingly — or should I say, revoltingly — this is one of two similar bills that have just been passed by these legislators.

As explained by Greg Burt of the California Family Council, “The California legislature finished it’s 2020 session on Monday by passing a controversial bill that reduces the penalties on some adults who have consensual sex with minors as young as 14 years of age.”

Why on earth would they pass something like this? Why would they want to potentially reduce these penalties?

The Reasoning? The Current Law is Harsher on Homosexual Sex

But that’s the whole issue when it comes to children. Can a child that young make a truly informed, consensual decision? And is not the adult required to take responsibility and not engage in sexual acts with a child, no matter how willing that child may be? Isn’t this the difference between adults and children under the law?

Burt explains that “Senate Bill 145’s author, LGBT Caucus Leader Senator Scott Wiener (D-San Francisco), said the bill was necessary because current law is harsher if the crime involved homosexual sex between an adult and a minor as opposed to heterosexual sex. All the Republicans and even some prominent and powerful Democrats did not buy that argument.”

Gay activists felt this was unfair, sponsoring SB 145, which allows the judge to have the same discretion with “all other forms of intercourse.” In other words, men who have gay sex with boys shouldn’t be punished anymore strictly than men who have heterosexual sex with girls.

And this leads to two very serious (and revealing) questions. First, why would we want to protect an adult who commits a sexual act with a minor as young as 14? Second, how prevalent is adult-minor sex in the gay community? (For the answer to that question, see here. Or just read more about the life of gay icon Harvey Milk. Note also that I’m not talking about pedophilia but rather so-called “consensual” acts between adults and teens as young as 14.)

The real focus should have been on the protection of the children rather than on lessening the penalty for certain sexual acts. With that in mind, a bill could have been passed calling for equal penalties for any of these sex acts, be they “heterosexual” or “homosexual” acts. Instead, gay activists pushed to lessen penalties for sexual acts that are even more common in the homosexual community. How telling.

First, why would we want to protect an adult who commits a sexual act with a minor as young as 14? Second, how prevalent is adult-minor sex in the gay community?

Among those opposing the bill was Democrat Assemblywoman Lorena Gonzalez. She said: “Any sex is sex. I don’t care who it is between or what sex act it is. That being said, I cannot in my mind as a mother understand how sex between a 24-year-old and a 14-year-old could ever be consensual, how it could ever not be a registerable offense.”

She continued, “We should never give up on this idea that children are not, should be in any way subject to a predator. And that is what it is.”

But there’s more. Burt reports that the Senate also passed “AB 1145, a bill to lower the mandated reporting requirements for some statutory rape cases. The bill was sponsored by Equality California. The bill was approved 25 to 10, with the Republicans voting no.”

Is it any surprise that Equality California was elated about this bill as well? And does this not confirm what conservative activists have argued for years, namely, that many in the gay community want to lower the age of consent? (Almost 50 years ago, the 1972 Gay Rights Platform called for “Repeal of all state laws governing the age of sexual consent.”)

As Burt notes, “This means high school teachers or counselors who know or suspect one of their 16-year-old students or counselees is having sex with a 20-year-old, they are no longer required to report it to authorities. This bill is especially concerning in light of how many LGBT organizations are sponsoring social events between young teenagers and young adults. See the following fliers for LGBT social events.”

Groups like Mass Resistance have pointed out for years that many a young person got initiated into homosexual acts through their teachers and “mentors.”

Now, California legislators have voted to protect the abusers.