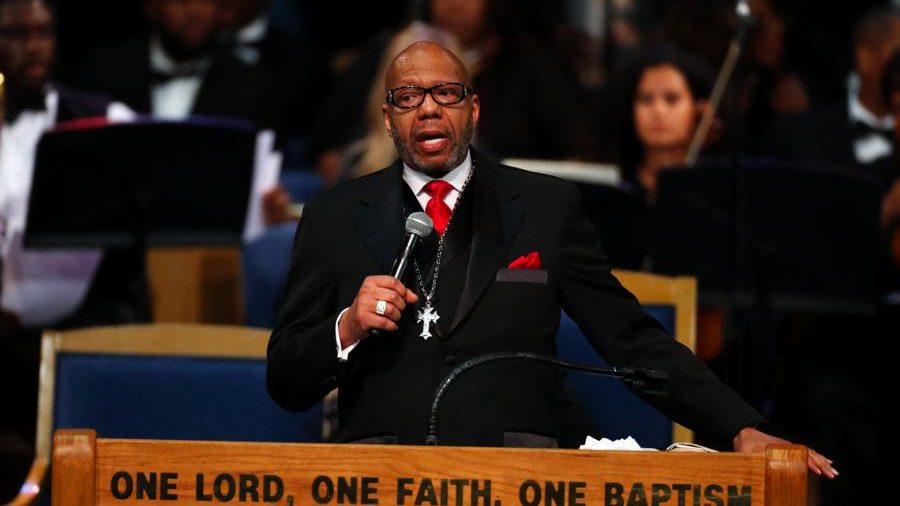 Depending on your perspective, you either loved or hated the message of a black pastor speaking at the funeral of Aretha Franklin. Either he was a prophet identifying some of the deep problems plaguing black America or he himself was the problem.

According to a headline on BlackChristianNews.com, “Pastor Jasper Williams Turns Prophet to Black America as he Rebukes Black America for her Sins at Aretha Franklin’s Funeral.”

Yes, Pastor Williams spoke fearlessly and boldly, even speaking of “sin in the black community including black people killing black people, men not being in the home to help women raise the children, a lack of traditional, biblical marriage between a man and a woman … a lack of unity, and loss of economic power.

He even stated that, in a matter of months, blacks kill more blacks than whites killed blacks during the whole era of the Ku Klux Klan.

And he said all this at the funeral of Aretha Franklin.

Not surprisingly, his message drew strong and harsh reaction.

According to an article on USAToday.com, “A Georgia pastor’s eulogy of Aretha Franklin has sparked criticism from some people who accused him of being homophobic, sexist and demeaning to other black people.”

Indeed, as reported by NBC News, “The backlash was swift, with many people drawn to one theme: Allegedly out-of-touch sermons like Williams’ have kept African-Americans out of church.”

Was Pastor Williams right in his criticisms?

From my perspective, yes, he was. In fact, some of his words mirror comments made by black leaders as far left as Rev. Al Sharpton. But in the end, it is for black Americans to decide whether Pastor Williams spoke the truth.

Was he right to deliver this message at Aretha Franklin’s funeral? That’s for her family and friends to decide.

But what strikes me as totally false is the idea that messages like this keep “African-Americans out of church.”

The Truth About Black Americans in Church

Now, I don’t say this as a sociologist or demographer. But I do know human nature. I do know the Church. And I have many African-American friends who are leaders in the Church.

Yes, “a larger share of African-Americans than whites say they are Christian. And, of all major U.S. racial and ethnic groups, blacks are the most likely to identify as Protestant.”

Not More of the Same

And the simple truth is that, the less you preach the Bible and the more you go the way of the world, the less commitment you will have from your congregants and the more your numbers will decline. This holds true all the more in Protestant circles, where the Bible is supposed to take precedence over human traditions.

And, generally speaking, as the German theologian Wolfhart Pannenberg observed, “What people look for in religion is a plausible alternative, or at least a complement, to life in a secularist society. Religion that is ‘more of the same’ is not likely to be very interesting.”

Put another way, the cross is counterintuitive. Preach a message that is easy on the flesh, and you will draw crowds of eager hearers. But they will not commit themselves deeply, nor will they be willing to make major sacrifices. A superficial message will draw a superficial response.

Conversely, preach a message that brings death to the flesh, and you may draw a smaller crowd. But their commitment will be deep, their transformation real, and their message contagious, often leading to substantial and lasting growth.

So, the hip, contemporary, “of this world” message is not drawing masses of young people, as it was advertised to do. Why come to church to be like the world?

Of course, there is a strong tradition of social activism in the black American church, and that activism is often associated with liberal causes. But human nature is fundamentally the same, and when people encounter the living God in the power of the Spirit, when their sins are forgiven and their shackles removed, they will give themselves heart and the soul to their Savior.

So, preach on Pastor Williams. And may black America and white America and the rest of America look to the only One who can heal our wounds.

Some Honest Questions About Determining Race and Ethnicity