Pentagon's "Diversity, Equity and Inclusion" czar Bishop Garrison echoes the political commissars of the USSR who enforced Marxism in the ranks. 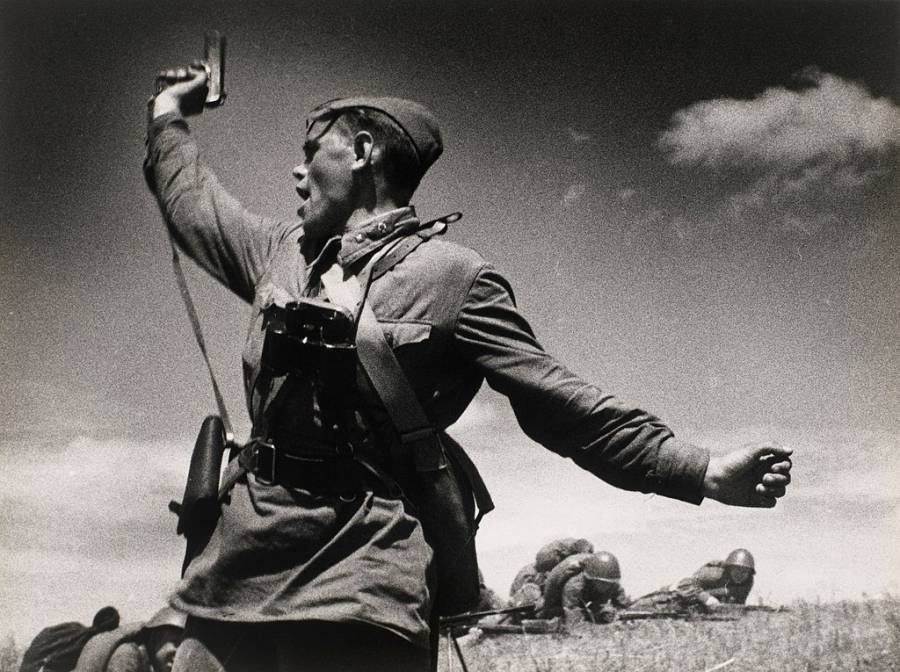 Joe Biden has been President for only six score days. Yet he’s managed to undo much of the undeniable good that Bad Orange Man had done. Last week I wrote that the permanently Masked Man had even managed to resurrect the negative aspects from the 1970s’. But I underestimated Joe — or at least his quasi-Marxist handlers. Turns out he’s bringing back not just the worst of that American decade. Our President wants to emulate the Soviet bloc from that era. Der Kommissar’s in town.

Kommissars, or commissars, were political officers in the USSR’s military. (Although after World War II known as zampolits.) Their job? To enforce Marxism-Leninism among the troops. Communist China’s military still has such a position today. The US has such a position now too, it seems. Biden’s éminence grises had him appoint one Bishop Garrison as senior adviser to the Defense Secretary. Garrison’s portfolio? “Diversity, equity and inclusion.” His bio is also impressive. West Point graduate, Iraq War veteran, William & Mary law school grad.

But it’s his positions that should alarm anyone to the right of Ocasio-Cortez. Garrison has written about the politicization of media and social media. But he only decries conservative venues. And in that same 2018 article Garrison repeats the Trump-Russia collusion trope. The man appointed to make sure the military is diverse and inclusive called President Trump and the GOP “racist.” He has also extolled anti-white writer Tim Wise.

I underestimated Joe — or at least his quasi-Marxist handlers. Turns out he’s bringing back not just the worst of the 1970’s. Our President wants to emulate the Soviet bloc from that era.

Of course, Garrison favors “oversight & regulation of social media platforms.” Based on what? A Far Left big-tech program called “the Seven Step Program for Fighting Disinformation.” The second plank in this platform is “define disinformation as a cybersecurity issue, not a content program.” So beware posting on Facebook that recovering from the Wuhan virus confers antibodies as well as the vaccine. That’s a cybersecurity threat. Not a subject matter debate. Ditto for disputing whether America is racist. 1619, si. 1776, no. Just forget 1865. “Disinformation,” like “extremism,” will reside in the eye of the beholder.

How will Der Kommissar police “disinformation?” Much like Sauron did his orcs, from atop Barad-dûr. By an “extremism” surveillance program, headed by….you guessed it. Bishop Garrison.

One Man’s Extremist Is Another’s Moderate

What does the modern US military deem “extremist?” Here are some recent examples. And these are, mind you, prior to Garrison’s great lidless eye, no doubt wreathed in flame, coming online.

So in Brezhnev’s Biden’s regime, one man’s person’s extremist is another’s neighbor, pastor, or non-Marxist.

This totalitarian tilt started under Obama. I saw it firsthand. In 2008, I was still teaching government seminars on Middle East history and terrorism. These were at the Federal Law Enforcement Training Center and Joint Special Operations University. Before Obama’s first term was up, I had lost both gigs. Mentioning “jihad” was made heretical.

It’s much the same now. Except that heresy is no longer just speaking the truth about Islamic terrorism. It includes, as noted, questioning Marx and even biological reality. So it’s tempting to label Biden and his zealous zampolit’s agenda as a new Inquisition. And the two are somewhat similar. But it was possible to stay off Torquemada’s radar screen. Unlike the program today’s intolerant Bishop is setting up. Another like-minded movement was Senator Joe McCarthy’s search for Communist spies after World War II. The famous “witch hunt” that journalists love to bemoan. Yet as the Soviet Venona files proved, Moscow did have many spies in Washington. Many of those McCarthy outed were, indeed, guilty. And not just of thought-crimes, but of actual collusion with the Russians.

The Stalinist, Not Nazi, Spade

Ironically, the best description of what Biden and Garrison are doing is also Russian. Stalinism. Yes, calling opponents “fascists” or “Nazis” is all the rage. It has been for several years. Even though it’s rarely remotely accurate. (Even when our side does it.) And it’s just intellectually lazy. A far better, and more accurate, assessment of the modern Leftists’ ideology and tactics is that they’re Stalinists.

There are of course similarities between Stalinists and Nazis. Only one political party allowed. Control of the armed forces and of mass media. Both were also ideological. (The latter grounded in racial superiority, the former in Marxist doctrine.) Stalinism and Nazism, as noted, had commissars to control the military. And both constantly fought opponents — both real and imagined. In fact, “the struggle, or ‘civil war’ against internal enemies, must be institutionalized and must continue indefinitely.”

There were some major differences, however. Stalinists always claimed to be democrats and that social justice was their ultimate goal. So the Party was above any individual. Indeed, Hitler in effect created the Nazi party. But it was the ruling party that created Stalin. Which means any suitable person could be plugged in at the helm of the latter. (Or unsuitable, as in the case of the current POTUS). And certainly, Stalinism has as one of its core concepts being “Antifascist.” This despite the similarities between the two. The current Democrat Party in America, with its totalitarian tendencies, is more Soviet than German Nazi. So let’s call it the Stalinist spade that it is.

Trump’s four-year term saw the most intense, and unfair, demonization of any POTUS in our nation’s history. But unlike under previous Republican chief executives, those who voted for him were also cast into the rhetorical fire. And that latter process is continuing — indeed, intensifying — under Biden and his loyal Molotov, Bishop Garrison. If the GOP, and all of America, doesn’t wake up to the danger, Der Kommissar’s spade will bury our democracy.