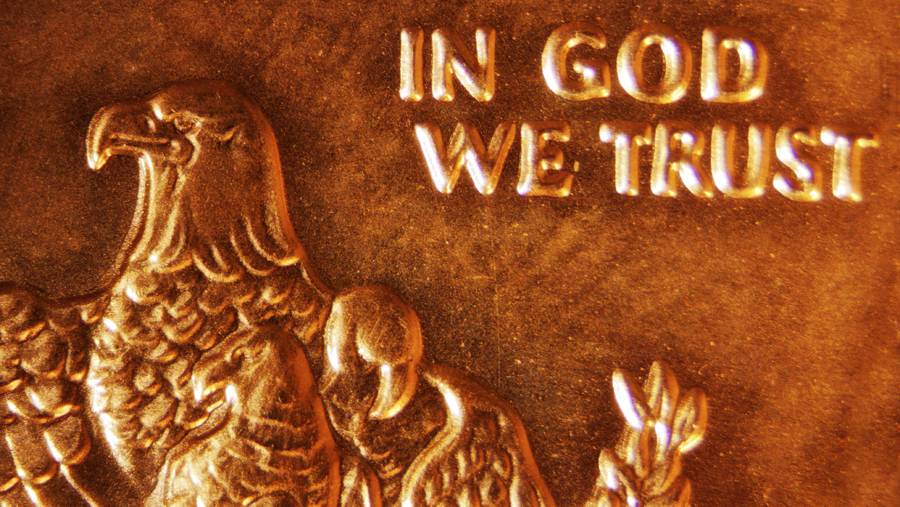 The politically progressive Missouri pastor and author Brian Zahnd recently tweeted, “Donald Trump is exposing American civil religion for what it is — ugly religious nationalism; the empty chaff of a counterfeit Christianity.” But American civil religion is hardly coterminous with Trump. It’s something much larger than any one man, an inclusive theism and natural law ethics that informed the Founders and our public documents, a civil religion that has allowed Protestants, Catholics, Jews, Mormons and other sects to participate fully in American democracy without having to minimize their faith. Without claiming to offer redemption, it offers a moral and spiritual framework for public life without a coercive theological litmus test.

Ideological anti-Americanism is old hat for many, but criticizing civil religion as spiritually vacuous is a more recent development. Neo-Mennonites who stress over “empire” imagine civil religion is primarily a tool for imperial overreach. Evangelical purists despair over a country morally adrift. They conjecture that once Christians discard civil religion and attachments to old “Christian” America, the true church will be liberated for authentic Gospel expression.

Melding these influences, liberal evangelical author Benjamin Corey talks of a contemporary “clash between two different kinds of Christianity — one is the tradition of Jesus, and one is a nationalistic, secular religion that simply has the same name.”

According to Corey’s mythology, “Long ago, the predominant form of Christianity in America was married off to the secular state,” which perverted Christianity into a tool for “global power” and “nationalistic ideology” distilled through “civil religion” demanding “one set of political beliefs.”

Corey celebrates that “this civil, nationalistic religion [which] doesn’t look anything like Jesus” is falling because the true and the authentic are “tired of the wars and violence which use God’s name to justify them,” “tired of seeing Jesus married off to a Republican party that’s been hijacked by extremists — a marriage by force but not of love,” “tired of seeing Christian leaders like Jerry Falwell advocate for things that are diametrically opposed to the way of Jesus,” “tired of xenophobia in the name of Jesus, the marginalization of the poor, the apathy towards immigrants, and we’re really tired of this sadistic fetish civil Christianity has with guns.”

These enlightened new Christians are “tired of Franklin Graham’s Facebook posts, too” for “denouncing our LGBTQ brothers and sisters, advocating we exclude Muslims from coming to our shores, or spouting Fox News talking points as if they were written by the Apostle Paul, we’re tired of pretending that he is part of the same religion we are.” None of this is real Christianity, Corey pronounces.

Corey laments the “damage of Christendom and Americanized Christianity” but rejoices “to live in the time when Christianity was finally introduced to America,” “not your grandma’s Christianity,” but an “ancient Christianity … and it’s beautiful.”

Zahnd, Corey and other exponents of this supposedly more authentic faith combine Mennonite separatism with Donatist self-confidence in righteousness through works and right attitudes. More unusually, their brand of supposedly purified faith is cosmopolitan, or at least aspires to be, shunning the perceived fundamentalism of churches in flyover country in favor of aligning more closely with liberal secular elites. “Civil religion” may rely on Fox News, but the faithful ones have faith in NPR and The New York Times, or at least very much want their approval.

Evangelical progressives like Zahnd and Corey sound like the young Jim Wallis of 30 and 40 years ago. There likely will always be a few of their sort around. Where the trouble lies is in a certain type of evangelical moderate whose mindset is all too widespread. These are the evangelicals who are far from socialist in their political inclinations but are unprepared or unwilling to counter the Zahnd/Corey narrative. They assume that America is post-Christian or was never meaningfully Christian. To their minds, civil religion sanitized the faith of its authentic Gospel content. So good riddance! Now the true Gospel is unshackled.

There is the added challenge that many American evangelicals have little patience for the inevitable frailties and inertia of human institutions. They often spiritualize the church into near invisibility, divorced from corrupt structures like curia, denominations or longtime congregations. Instead, the church de facto becomes an evolving, ad hoc community of likeminded persons who cohere or part based on personality dynamics.

Likewise some American evangelicals have disconnected from loyalties to the nation state and its political structures. They say they aspire only to follow Jesus, which supposedly precludes subordinate temporal attachments. This phenomenon is mostly confined to a subset of American evangelicals. African, Asian and Latin evangelicals mostly remain robust in their national loyalties and less confused about the multiple earthly affiliations inherent in Christian life.

So in effect the nation-denying fashion of elite U.S. evangelical opinion involves a new form of American exceptionalism and theological imperialism. It’s part of a wider institution-denying disconnect from the historic and global church, whose millennia of teachings are subordinated or rejected in favor of U.S. postmodern individualism or a narrow, subjective biblicism.

Traditionally Christianity has taught that the Spirit works through the institutional church despite its failures. And Christians are called to serve faithfully within the political arrangements of their time and place. American civil religion, far from the mask for American chauvinism claimed by critics like Zahnd and Corey, was and is an insightful and effective tool for integrating religious liberty and moral law into American democracy. Nearly all the great moral reform movements in the American pageant, including the empowerment of women and racial minorities, have emerged and prevailed under the civil religion banner.

How these progressive evangelicals would actually advance their preferred version of Christian politics without civil religion or nation states is unclear. Perhaps the question does not even interest them. Some may prefer a mindset of superiority that condemns nearly all who have gone before and claims that real Christianity is only now reaching America, thanks to them. They would do well to look beyond themselves, their blogs and coffee houses, to a Body of Christ that preceded them and will outlast them and all of us mortal sinners.