Unfriended on Social Media? It Happens to Me Every Day 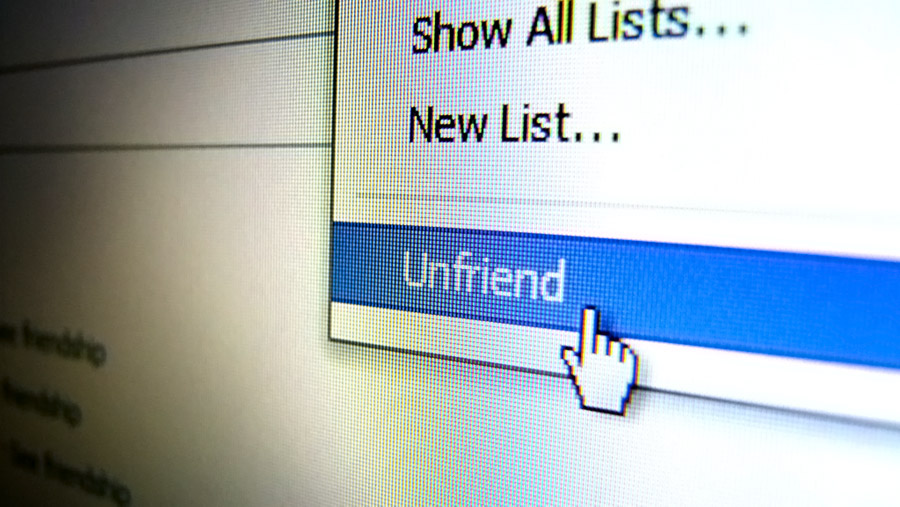 The best advice I got when I joined Facebook in 2008 was to ignore being unfriended. You can’t do anything about it, and thinking about it will only stress you out. I’ve followed that advice ever since. Otherwise, Facebook can feel like going through middle school all over again. No one wants that.

Someone unfriends me almost every day. I’m conservative, and some people don’t like that. I’m a Christian and I talk about my faith, which offends some people. I try to be polite about my views. I like people, even those who are only “Friends” on Facebook. I enjoy good debates with my lefty friends. But whatever a conservative Christian does, people are going to get angry and unfriend her.

Americans for Prosperity saw the value of social media early on, and advised us activists to add lots of other conservatives. I added as many conservative friends on Facebook as possible when I joined Facebook, maxing out at 5,000. I had to start a second account.

With that many friends, I get unfriended fairly often. Since my account is always maxed out at 5,000 friends, I can’t help but notice when it dips down to 4,999. Many of those who disappear off my friends list merely deactivated (temporarily or permanently) their Facebook accounts.

Two longtime friends and a close relative unfriended me.

Even though I don’t pay attention to who unfriends me, I occasionally find out when I go to someone’s Facebook page and see I’m no longer their friend. That’s how I discovered two longtime friends and a close relative had unfriended me. No explanation, no contentious debate on Facebook. I never saw it coming.

Two of them probably unfriended me over politics, the third because of a feud with my ex-husband. They remained friends with people they had met through me, including my estranged ex-husband’s children. I can’t help but wonder, how are they going to feel the next time we run into each other?

I have a few left-leaning friends online. One who used to get in arguments all over my Facebook page finally ditched me — and blocked me too. His name was Bernard so I called him Bernie bro. I think debating hundreds of my conservative Facebook friends finally gave him high blood pressure so he had to stop.

The same thing happened with a lefty guy from the UK. He falsely accused me of something then unfriended me. I do miss his perspective, but the debates he got into on my Facebook page could get pretty rude.

One day I noticed I had been unfriended by about 20 people overnight. Turns out it was the annual “Unfriend Day.” The comedian Jimmy Kimmel invented it, to eliminate people from your friends’ list who you’d been considering unfriending. It’s coming up this year on November 17.

One day I noticed I had been unfriended by about 20 people overnight.

Sometimes people think I’ve unfriended them when I haven’t, and they get really upset. This is because they’re friends with me on only one of my accounts. They see my other account recommended to them as someone to add as a friend and figure I’ve dumped them.

I have over 20,000 followers on Twitter and they unfollow me at an even faster rate. Of course, many of those on Twitter never intended to continue following me after I followed them back. They didn’t unfollow me because of anything I did. It’s just part of a trick for raising their own numbers. Twitter is far more casual than Facebook; I have all kinds of people following me who have nothing in common with me.

It’s difficult to ignore who unfollows you on Twitter because Twitter forces you to keep similar ratios of people you follow vs. how many follow you. So I use an app that shows me who unfollowed me so I can unfollow them.

The most unpleasant incident occurred when conservative superstar Ben Shapiro stopped following me. He follows fewer than 200 people, so I’d been feeling rather cool. My guess is he got tired of me retweeting President Trump, since he’s not a fan of the president.

You’re not in middle school anymore. You’re an adult who knows that God loves you and wants you to love others, even those who hate you.

A writer for Darling magazine shared some good advice. “Your social media profile is not an accurate representation of who you are. You are much more than your likes, favorites, and photos. Don’t let one person’s click or the complicated world of social media determine your worth as a ‘friend.'”

Someone unfriends you? Say a prayer for them. Ask God for forgiveness if you said anything to hurt them. Ask Him to help you use your social media in ways that will bring your “Friends” closer to Christ. Then go back to what you were doing.