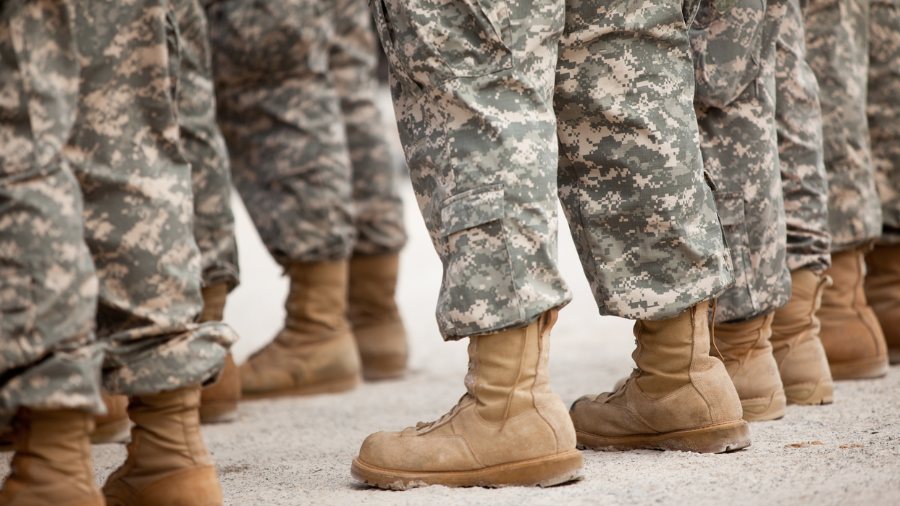 In a memo released on August 24, 2021, U.S. Defense Secretary Lloyd Austin ordered mandatory COVID-19 shots for all active and reserve service members. He referred to the vaccines as both “safe and effective” and promised that the Department of Defense would come “together to finish the job, with urgency, professionalism, and compassion.”

But Austin is not only incorrect on the law regarding these mandates, but he is also dreadfully wrong regarding when he alleges the vaccines are “safe and effective.” Not only is there a growing mountain of evidence disputing the safety and long-term efficacy of the current “vaccines,” Austin knew at least by June 29 that these shots were harming the troops.

Since imposing his mandate, service members now face imminent dishonorable discharge from the military — merely asking for or submitting a request for religious exemption.

Caught in the Crosshairs

From all five branches of the military — Army, Navy, Air Force, Marines, and Coast Guard — we are receiving thousands of desperate pleas for help. Some of these include Army Rangers, Navy Seals, Special-Ops team members, military medical doctors, high-ranking generals, soldiers, sailors and airmen.

One military hero is Samuel (name changed), an active-duty Navy SEAL. With more than a decade of service in his special operations unit, he has been deployed multiple times around the world and has earned many personal and unit awards for his loyal service to our country.

Samuel filed his religious exemption with his chain of command. But despite military law, the federal Religious Freedom Restoration Act and the First Amendment, Biden’s Department of Defense (DOD) is not permitting any religious exemptions. These defenders of our country are being threatened with dishonorable discharge for merely submitting a religious exemption request.

Samuel has been informed that he will be charged with an “Article 92” infraction under the Uniform Code of Military Justice (UCMJ). Article 92 charges may result in dishonorable discharge, loss of all pay and all benefits and a potential prison sentence of up to two years. Dishonorable discharge is the ultimate abuse and betrayal for these military heroes who risked their lives for America.

Samuel’s story is just one of many we hear every day. These decorated heroes who sacrifice everything for our freedom are being abused, bullied, and threatened with solitary confinement in a military prison and dishonorable discharge.

“We are being told that none of our religious exemptions will be approved, that putting one in is pointless,” one deployed armed forces officer wrote. “To me, this means that freedom of religion written into our Constitution is also pointless. We need help as our rights are being blatantly stripped from us and thrown in our faces.”

Another active-duty Air Force member wrote, “I have a lot to lose. Retirement, insurance. I have five kids and a wife. I cannot afford to lose my job.”

A lead chaplain in the Army reported many servicemen have been coming to him in tears because of the treatment they are receiving, and they don’t know what to do. The chaplain himself is afraid that he could end up in prison for helping them. Due to the pressure being placed on service members, chaplains fear the suicide rate will increase.

The military is subjecting service members to unwarranted psychological abuse, including berating, bullying and threatening them with dishonorable discharge — which is the worst punishment imaginable for these military heroes.

Recently leaked documents revealed the Coast Guard’s plan to harass service members over religious exemptions. Coast Guard chaplains are being directed to interrogate service members about their faith. For example, they are asked if their religion includes a “concern for others.” If so, they must get the shots. If a service member refuses the shot on the moral grounds that fetal cell lines were used in development of the vaccines, service members will also be asked if they’ve ever used Tylenol, Pepto Bismol, or aspirin. If so, then they must submit to the COVID shots.

The shot mandates will purge the military of faithful servicemen and women, most certainly of Christians. They are identified by their faith when they submit a religious exemption.

This is more than the shots — it’s a purge.

The DOD Knew of the Harm — and Imposed the Mandate Anyway

Secretary Austin knew these shots were already harming service members, but he imposed the mandate anyway. This unlawful mandate has and will continue to cause harm to those who sacrifice everything for our freedom. It is well known that the COVID-19 disease has a 99.9% survival rate for anyone between 20-44 years of age!

A recent VAERS report published by the CDC indicates that cases of myocarditis/pericarditis (inflammation of the heart) post-vaccine continue to rise. According to the CDC, male adolescents and young adults are “especially” at risk.

Prior to Austin’s mandate, the Defense Health Agency published a report on June 29 in the Journal of the American Medical Association finding that previously healthy service members developed myocarditis/pericarditis, a severe and life-threatening inflammation of the heart, within an average of four days of receiving their first shot of either Pfizer-BioNTech or Moderna.

One day later, Dr. Matthew Oster, who serves on Biden’s CDC COVID-19 Task Force, admitted the shots are causing myocarditis in “young men aged 16-30,” adding, “It does appear that mRNA vaccines may be a new trigger for myocarditis.”

Filing Suit Against the DOD

Liberty Counsel is filing a class action lawsuit against the Department of Defense to “defend our defenders” against Biden’s unlawful DOD orders. Here are three reasons why:

Protecting Those Who Protect Us

We will never stop fighting on behalf of these brave Americans who have already sacrificed so much in service to our country. No matter their years of service, rank or honors, our service member clients are being threatened with dishonorable discharge for merely requesting a religious exemption. Some have even been told they will be imprisoned and held in solitary confinement if they refuse the shots.

In addition to this class-action lawsuit, we are helping over 25,000 people who face similar mandates at work or school.

Since founding Liberty Counsel in 1989, we have never experienced so many requests for help. Many people call sobbing because they face loss of their job or school. The calls for help are deeply emotional. Their cries for help never leave us. We have trained more than 70 of our affiliate attorneys to meet the growing needs for representation nationwide.

Defending religious freedom, wherever and however it comes under attack, is our mission; mass compliance to unlawful vaccine mandates is the new battlefield. We must join as Christians and Americans to take this hill for not only freedom, but for life itself. This is truly a battle of life and death.

Mat Staver is the Founder and Chairman of Liberty Counsel and Chairman of Liberty Counsel Action. He has the highest AV rating given to attorneys by Martindale-Hubbell and is board certified in Appellate Practice. Mat produces and hosts Faith & Freedom, an 11-minute daily radio program, Freedom’s Call, a 60-second daily radio program and Freedom Alive, a 30-minute weekly TV program. As a former pastor and one of the nation’s preeminent constitutional attorneys, he frequently appears as a guest on national network and cable TV and radio programs and also appears in several hundred print articles each year.