Dear Pastor, Are You a Shepherd or a Hireling?

Too many leaders sound more like spiritual politicians than truth-telling shepherds. 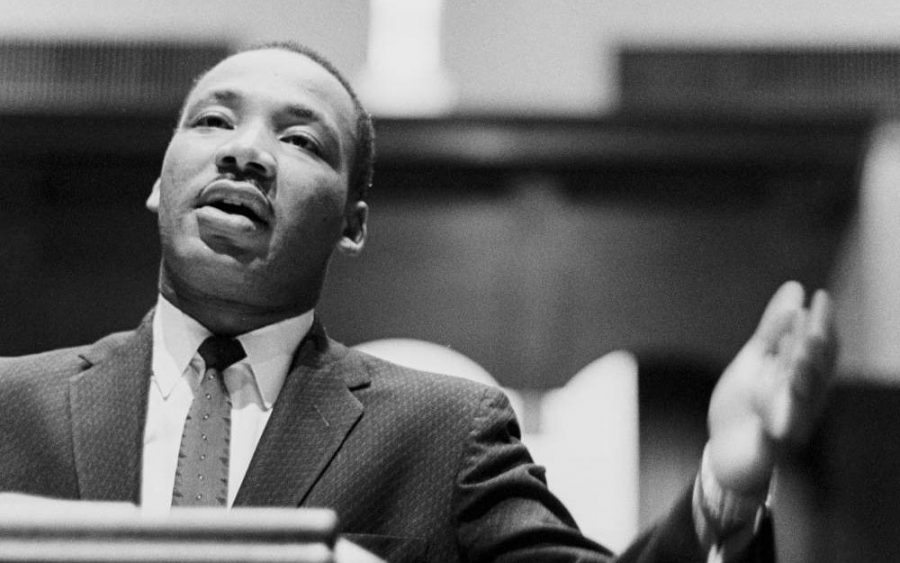 Dr. Martin Luther King Jr. preaching from his pulpit circa 1960 at the Ebenezer Baptist Church in Atlanta, Georgia. In 1967, Dr. King said of the church: "If the church does not recapture its prophetic zeal, it will become an irrelevant social club without moral or spiritual authority."

There are countless thousands of outstanding Christian leaders in America today, men and women of sacrifice, courage and integrity. But there are many others who have compromised their convictions and chosen fear of man over fear of God. My dear fellow-leader, does that describe you?

For years we’ve been told not to be confrontational, not to address controversial moral issues — lest we offend the world and drive away the lost. In the name of wisdom, a spirit of compromise has entered our pulpits. We sound more like spiritual politicians than truth-telling shepherds.

May I ask how that non-confrontational has worked for us? It hasn’t!

The world still hates us. Those with a worldly social agenda have made massive progress, aided and abetted by our silence. This is downright shameful.

In my just-released book, Saving a Sick America, I quote from an 1873 sermon by Charles G. Finney. His words still burn like holy fire.

Finney, who had served as President of Oberlin College, brought this striking charge:

The Role of the Pulpit

In Finney’s day, the pulpit played a greater role in society. There was a greater reverence for Scripture and respect for the Church at that time. In that sense, his statement needs to be modified. But it should not be thrown out entirely.

The great majority of people in the USA still claim to be Christian. Our airwaves are flooded with 24-7 gospel radio and TV programs. We have New York Times bestselling Christian books. Roughly one-third of Americans attend church services on a regular basis. So the answer remains Yes: The pulpit is largely responsible for the moral state of the nation, even as it was in Finney’s day. And it is the pulpit that helps set the spiritual and moral climate in the rest of the church.

Yet many of our leaders preach a toothless, pep-talk gospel that fits in perfectly with our convenience store, quick-fix Christianity. They promise all kinds of benefits without any requirements. What a deal! Who could refuse it?

No wonder we are producing consumers rather than disciples.

In 2014, George Barna reported the results of his latest poll. During an interview on American Family Radio, Barna explained:

What we’re finding is that when we ask [pastors] about all the key issues of the day, [90 percent of them are] telling us, “Yes, the Bible speaks to every one of these issues.” Then we ask them: “Well, are you teaching your people what the Bible says about those issues?” and the numbers drop … to less than 10 percent of pastors who say they will speak to it.

And what, exactly, holds them back from addressing controversial issues from the pulpit, including, “societal, moral and political issues”?

According to Barna, “There are five factors that the vast majority of pastors turn to. Attendance, giving, number of programs, number of staff, and square footage.”

Talk about selling out to the world! Talk about compromising for the sake of numbers and money! Talk about failing to address life and death issues — issues that most congregants desperately want addressed — in order to expand our square footage. What an outrage.

Pastors and Leaders: Questions to Ask Yourself

I urge every pastor and Christian leader reading this article to ask yourself some honest questions (as I ask myself as well).

What if your congregants are hurting or discouraged or hopeless? Are your words calculated to heal and encourage and inspire? Those are worthy questions to ask as well.

The church must be reminded that it is not the master or the servant of the state, but rather the conscience of the state. It must be the guide and the critic of the state, and never its tool. If the church does not recapture its prophetic zeal, it will become an irrelevant social club without moral or spiritual authority.

Isn’t that where we find ourselves today?

(Excerpted and adapted from the chapter “Restoring Thunder to Our Pulpits,” in Saving a Sick America: A Prescription for Moral and Cultural Transformation.)

Unplanned, Captain Marvel, and the State of the American Church

Free Speech: Use It or Lose It