David Daleiden on the Battle for Life Against Planned Parenthood: Pray for Courage

It's what we and David Daleiden need. 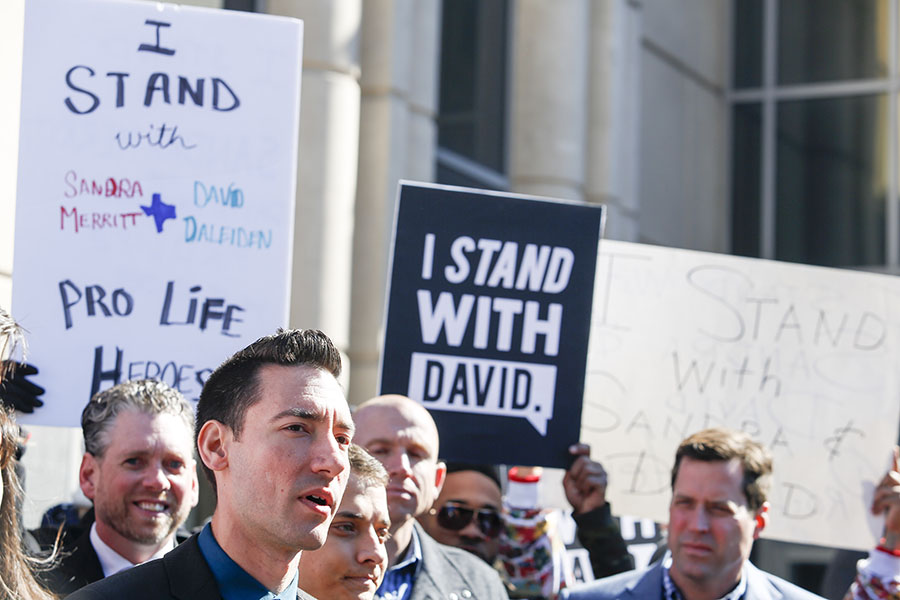 Last year I met David Daleiden, the investigator behind the Center for Medical Progress videos exposing Planned Parenthood’s sale of human body parts from aborted babies. He had just received an award from The Federalist for his courageous journalism and told his eager audience that this was only the beginning: Season 2 of CMP’s “Human Capital” web series would be on its way in 2016.

What Daleiden was doing was brave, and we all knew it. He was already the subject of harassment and lawsuits. And he also understood the risks and took them with clear eyes.

When I had my chance to shake his hand, I asked Daleiden the only sensible thing I could think of: How can we pray for you?

He stopped for a moment. “I knew what might happen . . . Pray for courage.”

Courage is a good word when the abortion industry funds the campaign of the attorney general of your state, who then directs federal agents to raid your apartment and confiscate your documentary footage.

Courage is a good word when the raid is calculated to happen the same day as a major primary election, threatening to bury the story under the avalanche of the media’s obsession with Donald Trump. Chances are more people read the headline about Trump seeming to “blowing off” pro-life leaders than heard anything about a young videographer having his most damning work seized by the feds.

Courage is a good word when one of the most powerful political organizations in America has you in its sights.

And courage is a good word when some of us have a hard time being seen praying outside of our local abortion clinics, or speaking up about abortion with our friends.

Pray for courage today. For David Daleiden, for his colleagues involved in the Center for Medical Progress videos, and for ourselves. Doing the right thing is never easy, but for the sake of every life, please God, let us each and all take our stand.

An earlier version of this article misquoted Daleiden and has been corrected.