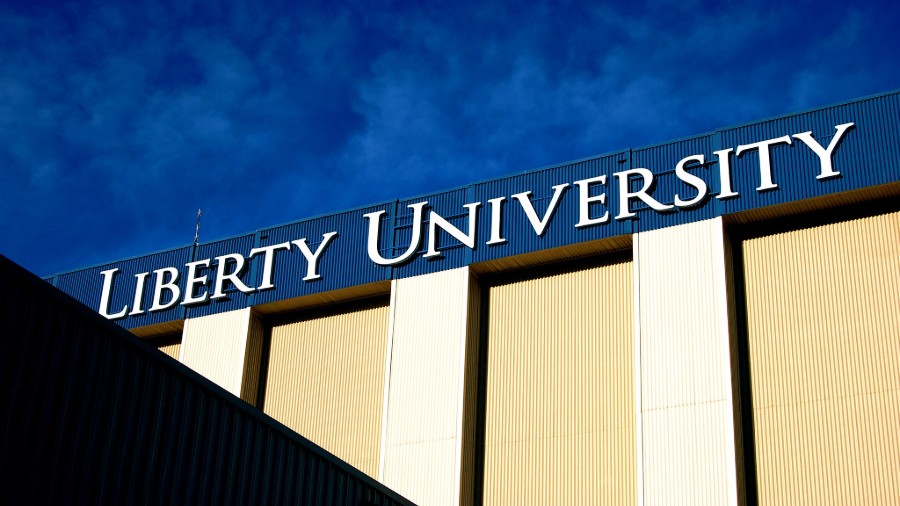 In a letter to Education Secretary Betsy DeVos, two Democratic congressmen, Andy Levin and Jamie Raskin, are outraged. Liberty University, a Christian university, sets Christian standards for its student body. Oh, the thought of it!

And what, pray tell, are some of Liberty’s violations?

More specifically, quoting Liberty policy directly, “Sexual relations outside of a biblically ordained marriage between a natural-born man and a natural-born woman are not permissible at Liberty University.”

Oh, the horror! Oh, the shame! Oh, the outrage!

They probably forbid drunkenness and illicit drug use as well.

How unthinkable! How monstrous! How restrictive!

That would be like Yeshiva University forbidding its students from eating shrimp and lobster on campus.

That would be like Yeshiva University forbidding its students from eating shrimp and lobster on campus. How bigoted!

They even have the gall to say, “Our vision is of a Muslim community imbued with the spirit of our Righteous Predecessors in knowledge and practice, with both the character and the strength to lead in a world that is crying for guidance.”

That would be like Brigham Young University requiring its students to live by an Honor Code, with standards like: “Use clean language. Respect others. Abstain from alcoholic beverages, tobacco, tea, coffee, and substance abuse. Participate regularly in church services.”

That’s why students go there. That’s why the parents of younger students send them there.

Our oldest granddaughter is a freshman at Liberty, and she is loving every minute of her time there — and I mean loving it. The atmosphere is wonderful. The professionalism and excellence are everywhere to be seen. The young people she is meeting are terrific. And the environment is quite wholesome and Christian.

That’s why she’s there, and that’s why Christian universities exist. It’s to provide a holistic Christian environment for higher education.

Not a place for drug-fueled partying and one-night stands.

Not a place for celebrating LGBTQ activism.

There are hundreds of other schools to choose from that will provide all those ingredients (and more).

And, in reality, many of those schools (speaking of a typically far-left, university campuses) have made Christians feel quite unwelcome. Even Christian professors are afraid to speak up about their beliefs for fear of reprisal. (See CampusReform.org for ongoing documentation.)

Yet Liberty has welcomed liberals like Bernie Sanders to its campus for an open exchange of ideas.

Which Schools are Really Limiting Freedom?

Interestingly, Levin and Raskin note that, “problems of free speech on college campuses are complex and require creative solutions, and bigoted, far-right speakers have repeatedly tested the free speech policies of Berkeley and other universities.”

In other words, “bigoted” and “far-right speakers” like Ben Shapiro? (As for Levin and Raskin’s view of the conservative gay activist Milo Yiannapoulos, who was banned from Berkeley, he is a “multi-bigoted speaker” with “deplorable ideas.”)

Is it any wonder that last December, Berkeley “settled a free speech lawsuit accusing the school of discriminating against speakers with conservative views”? Its anti-conservative discrimination could not be ignored.

It appears, then, that the real bigotry is on the side of Levin and Raskin. Not Liberty University, which is simply practicing what it preaches and upholding its Christian standards and goals.

He added, “So the behavioral limitations Liberty University places on students through its conduct code, such as prohibiting viewing pornography and sex outside of biblical marriage, are fully consistent with the proper role of a Christian institution of higher education in the US and are what both its students and their parents expect.”

As a grandparent, and speaking for a student and her parents, I’m so glad that Liberty, and other schools of its kind, exist.

What an awful shame that, for men like Levin and Raskin, Liberty is a threat rather than an asset. Their worldview is completely twisted and upside down.

The truth be told, if America is to right her very wrong course, we need more schools like Liberty, not less.