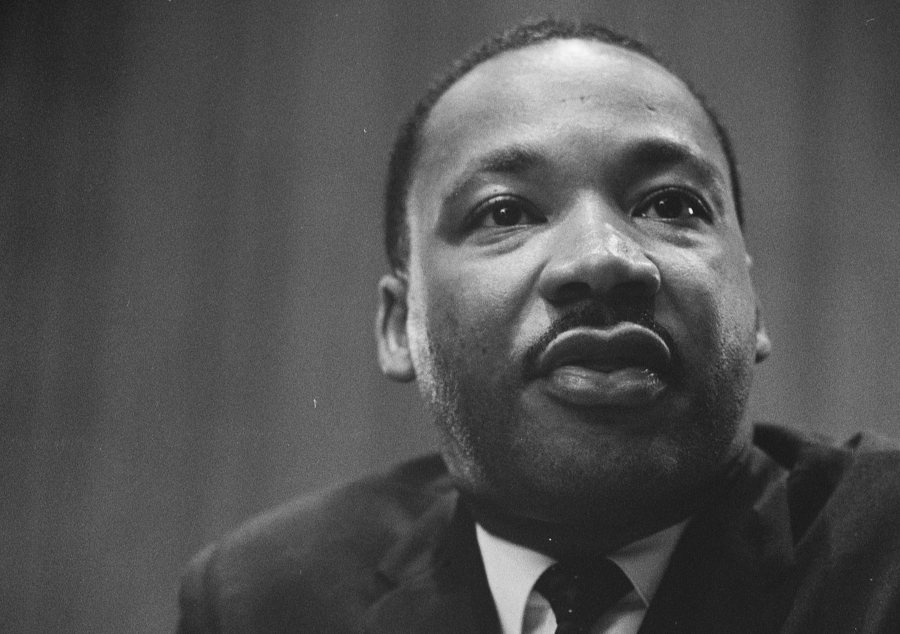 Billy Graham once said, “Courage is contagious. When a brave man takes a stand, the spines of others are often stiffened.” It’s true. Bravery spreads quickly, and before you know it, the resolve of one courageous person has stiffened the spines of many. Perhaps you can be the courageous one who sparks a wave of bravery, resolve, and valor?

In 1965, Martin Luther King Jr. was facing opposition from his own side because of violent acts committed against the peaceful Civil Rights activists. Perhaps they needed to rethink their strategy? Perhaps they were being too provocative, thereby putting their people in danger?

Speaking at a church gathering in Selma, Alabama, March 8, 1965, Dr. King addressed those very real concerns with these powerful words. He said, “Deep down in our non-violent creed is the conviction there are some things so dear, some things so precious, some things so eternally true, that they’re worth dying for.”

And if a man happens to be 36 years old, as I happen to be, some great truth stands before the door of his life — some great opportunity to stand up for that which is right. A man might be afraid his home will get bombed, or he’s afraid that he will lose his job, or he’s afraid that he will get shot, or beat down by state troopers, and he may go on and live until he’s 80. He’s just as dead at 36 as he would be at 80. The cessation of breathing in his life is merely the belated announcement of an earlier death of the spirit. He died.

Again, these are very real concerns. Losing your job is no small thing, especially if you are the breadwinner of the family. And who takes lightly the thought of getting shot or of having your home bombed? These are matters of life and death. Are you going to put your loved ones at risk?

And these were not abstract fears. People were losing their jobs — and even their lives. Maybe it was better to accept the status quo, however humiliating it might be, and at least stay alive?

“Whoever Loses His Life for My Sake Will Find It”

King’s words almost serve as an exposition of the words of Jesus to His disciples when the Lord said: “Whoever finds his life will lose it, and whoever loses his life for My sake will find it” (Matthew 10:39)

Back in King’s day, his sermon had the desired effect, and the movement was bolstered afresh.

But all of us can make a difference when the pressure rises and we have to make a choice.

The Courage to Represent Righteousness

Maybe you’re a college freshman, asked to give your preferred gender pronouns in your very first class, told that you must respect the choices of others, calling them whatever they request.

What if this violates your convictions? What if you cannot, in good conscience, refer to a young man as “she”? What if you’re not willing to go along with the game and say, “I’m Sandra, and my PGPs are ‘she, her’”?

It takes courage to buck the system and to meet privately with the professor or, simply to say to the class, “I’m Sandra,” leaving out the PGPs.

But it could be that your simple act of courage launches a movement on your campus among other like-minded students who are tired of the charade. It could be that concerned parents begin to chime in. It could even be that other faculty or administrators say, “Enough with this social madness.”

It’s also true that you might be blacklisted for your actions. You might even put your status on campus in jeopardy.

Could You be the One Who Leads the Way?

Courage has its risks. But that’s why it takes courage to be courageous! Just ask the women in Iran who are courageously taking off their hijabs in public, sparking a national revolution.

Someone has to go first, be it the salesman who refuses to compromise his ethics for the sake of a profit. Or the pastor who pushes back against denominational pressure. Or the respected Christian woman who comes forward with a painful, pre-Christian story of abortion.

Suddenly, others are coming forward too, standing for what is right, refusing to bow, and telling their own stories. I ask again, could you be that one?

When Dr. Ben Carson was asked about the dangers of speaking truth to power, he replied, “There were consequences for our Founders, but if they weren’t willing to accept those consequences, we would still be under British rule. So stop being chickens, and get out there and fight for what we believe in. If we just allow them to have a platform and to dictate everything without resistance, then they win.”

Enough with being chickens. Let the eagles arise.

When a Despicable Human Being Teaches Us a Lesson in Courage