Why the Conspiracy Theorists Scare Me 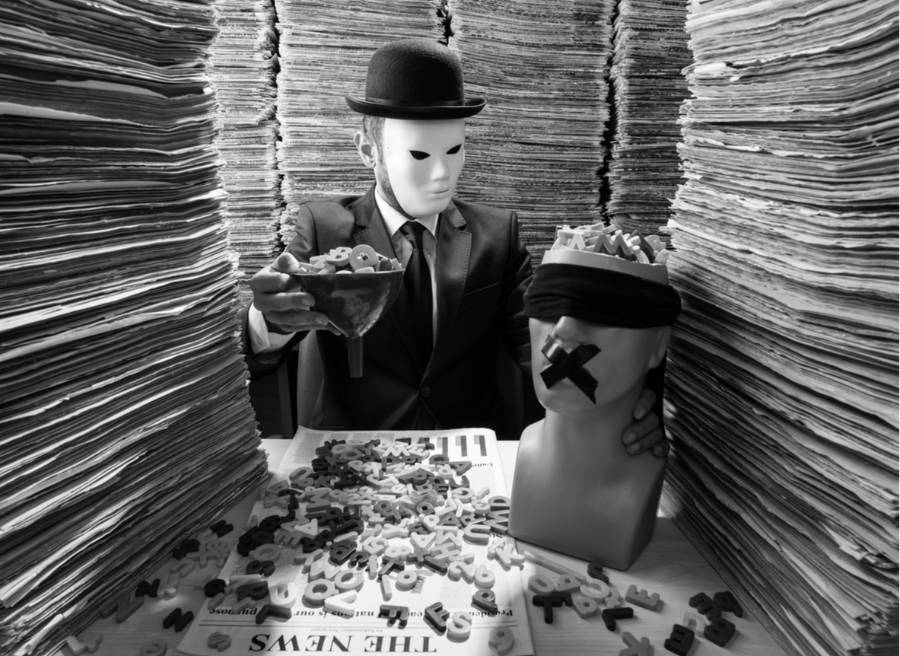 These people scare me, since facts and truth and evidence have no meaning for them. So at all costs, the theory must be preserved.

Tenuous Evidence Plus a Large Dose of Suspicion

Should you show them a picture disproving their idea, the picture has surely been photoshopped. (Or the person in the picture is a shapeshifter!)

Should you present them with eyewitness testimony that refutes their theory, the eyewitnesses have been bribed — or, worse still, they are secret agents for a shadow organization that runs the world.

Should you say, “I’m 100 percent sure you’re claims are wrong, since I was there myself and I know exactly what happened,” that just proves you are lying. Obviously!

A sympathizer would reply, “You’re missing the whole point. We have our evidence too. We have our testimonies. That’s why we reject the commonly accepted narrative. The cover-up is obvious.”

In reality, however, in the vast majority of cases, the alleged cover-up is anything but obvious. Rather, you have to start with an unhealthy suspicion that questions the reasonable and doubts the probable. Then, you have to put undue faith in tenuous, far out theories, with scant supporting evidence.

Put in graphic terms, if you picture a scale with balances, then 5 pieces of tenuous evidence, plus a large dose of suspicion, outweigh 100 pieces of solid evidence.

To repeat: that kind of thinking scares me.

A Matter of Faith Rather Than Proof

As the Wikipedia entry states, with fairness and accuracy, in my opinion,

A conspiracy theory is an explanation of an event or situation that invokes a conspiracy by sinister and powerful actors, often political in motivation, when other explanations are more probable. The term has a pejorative connotation, implying that the appeal to a conspiracy is based on prejudice or insufficient evidence. Conspiracy theories resist falsification and are reinforced by circular reasoning: both evidence against the conspiracy and an absence of evidence for it, are re-interpreted as evidence of its truth, and the conspiracy becomes a matter of faith rather than proof.

Do I believe that there is “fake news” reported on a regular basis? Yes, I do, by both the left and the right.

Do I believe that there is some kind of “deep state” at work behind the scenes? On some level, yes, I do.

Do I believe that there are some secretive power players who wield substantial influence on governments and institutions? To a certain extent, yes, I do.

I do not believe that Free Masons control the world.

I do not believe that the Sandy Hook massacre was a giant hoax.

I do not believe that the injuries and deaths of the Boston Marathon bombing were staged. And on and on it goes.

Most recently, I have encountered a wave of hysteria connected to the so-called Seven Noahide Laws.

The simple facts are that, according to rabbinic Judaism, God gave these laws to Adam and Noah for the Gentile world. And God gave the Torah, with its 613 commandments, to the Jewish world.

So, in theory, if a Gentile follows these laws, that person is considered righteous. (The laws prohibit idolatry, blasphemy, murder, theft, adultery, and the eating of flesh from a living animal, and which call for the establishment of courts of justice). In contrast, a Jew would be required to keep all the commandments of the Torah.

You say, “So, what’s the hysteria all about?”

Well, according to the conspiracy theorists, it goes like this: 1) some Jewish rabbis believe that Christian worship of Jesus is idolatrous [this is true of those rabbis]; 2) according to the Noahide laws, which are becoming more popular and recognized, idolaters should be beheaded [this is also true]; 3) the Jews are secretly plotting to behead Christians worldwide [this is not true!].

And when I challenge this narrative with facts, I get blasted with comments like this: “We knew you were either foolish or lying. Now it’s clear. It is easy enough to read this stuff on Talmudist-run Chabad [an ultra-Orthodox Jewish organization] and Noahide web sites. Find a backbone and challenge yourself. Then challenge the satanists.”

Or, “You’re full of it, promoting Noahide laws. Why not tell the Christians they are about to be beheaded for believing in Jesus?”

Or, “Dr. Brown is lying to his audience about the Noahide laws and Judaism. He will never bring up the evidence.”

I get responses like this: “The puppet of Zionist!!!”

Or, “Because you’re in bed with the deep STATE because you flip flopped on Noahide laws that are NOT Torah. Their plan is to kill all Christians!”

Or, “You will have blood on your hands of those you lead astray. . . . Liars do NOT go to heaven. God is watching you, Dr. Brown. Openly debate, your lies with Christians. . . . [The Jews] are preparing you for the KILLER beast system. . . . Hysteria…………….? wait till they say, ‘OFF WITH YOUR HEAD!!’” (For a recent video supporting this nonsense, see here. Note that the channel has 111,000 subscribers.)

And what happens when I invite the conspiracy theorists to call my show and present their evidence? The phones are eerily silent.

What happens when I invite the main proponents to come on my show or offer to go on their shows (if guaranteed equal time) or challenge them to a formal, moderated, public debate? My invitations go unanswered.

That’s because the worst enemy of the conspiracy theorists is the light of day. So let the light shine! If we love the truth, then the truth is our friend, not our enemy.

The Veil of Deception — Truth is Not a Conspiracy Theory