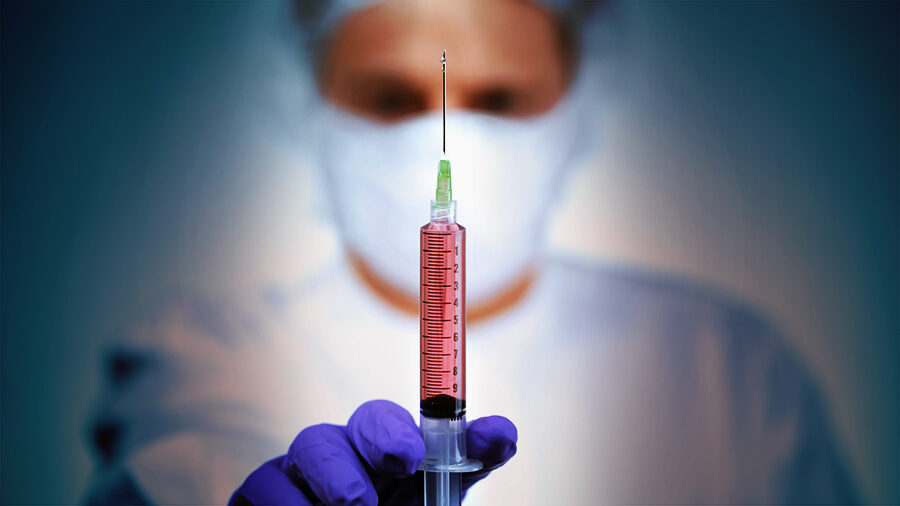 I believe in everyone’s freedom to make his own decisions on whether or not to take “the jab.” My wife, Kim, and I have done a great deal of research on the COVID-19 vaccines, and we’ve chosen not to take it.

My purpose in presenting the reasons why is not to heap “buyer’s remorse” on anyone who has already been vaccinated. No, I just want to bring to light the science (yes, science) that many of us have based our decisions on. Sadly, the scientists and physicians who disagree with the Biden administration are censored by MSM, Facebook, YouTube and Twitter.

Many think we “Anti-Vaxxers” are “stupid and selfish,” and Biden even referred to us as “Neanderthals.” My secondary objective is to dispel some of those stereotypes, because most of us have thought this through better than we’ve been given credit for.

Here are the eight main reasons why I won’t take the vaccine:

But it’s worse than that. Researchers have to “harvest” the organs while the heart is still beating or immediately after, or else the organs are useless. So, these abortions are carefully planned with the “harvesters” in advance. If you missed John Zmirak’s article, The Abortion Ties of the COVID Vaccines, I highly recommend it.

The Moderna, Pfizer, and AstraZeneca vaccines were all tested on the HEK-293 fetal cell line. (HEK stands for “Human Embryonic Kidney.”) The Johnson & Johnson vaccine used the PER-C6 fetal cell line from retinal tissue for its research and development.

Dr. Alex van der Eb, a Dutch molecular biologist, created both of these fetal cell lines. He described the HEK-293 in part: “The kidney of the fetus was, with an unknown family history … The fetus, as far as I can remember was completely normal. Nothing was wrong.” He described the PER-C6 like this: “So I isolated retina from a fetus, from a healthy fetus as far as could be seen, of 18 weeks old.”

None of this is to trigger condemnation of anyone who has already taken the vaccine. Many had no knowledge of this information. As to those who did, I acknowledge everyone’s consciences are not the same. Paul asked the Corinthians, “For why is my liberty judged by another man’s conscience?” (1 Corinthians 10:29).

There Are Effective, Ethical Therapeutics Available

But the CDC refuses to acknowledge them. There’s only one thing you need to consider to see the CDC’s true colors: It has remained completely silent on over a million likely unvaccinated, untested immigrants flowing into our country in the middle of a pandemic. But CDC officials have weighed in on events like the Sturgis motorcycle rally. I have the same feeling I had back in the ‘60s when I discovered Fritz Von Erich’s World Class Championship Wrestling was fake.

Ivermectin and Hydroxychloroquine have treated millions successfully. Here’s a very telling graph on countries in Africa that use Ivermectin vs. those that don’t. 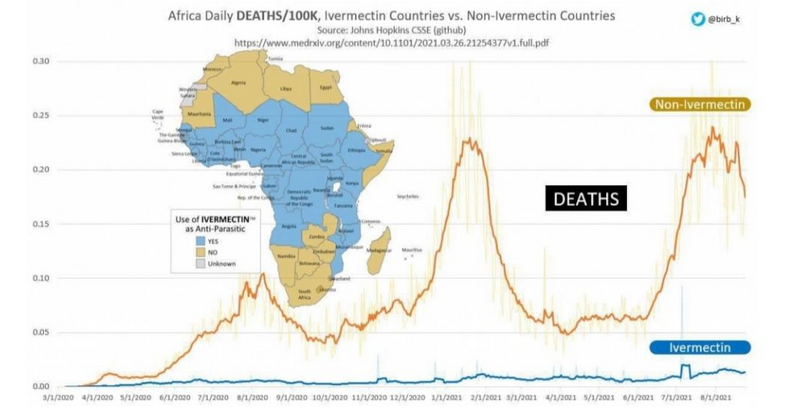 Dr. Stella Imanuel (Front-Line Doctors) in the Houston area has treated more than 7,000 COVID patients with Ivermectin and Hydroxychloroquine, and only eight of her patients have died. Earlier this year, Yale University’s Dr. Harvey Risch slammed Dr. Anthony Fauci for dismissing hydroxychloroquine as a viable treatment.

You’ve probably heard that hospitals get more federal dollars when they call a death with COVID a death by COVID. While grilling then-CDC Director Redfield in a Congressional hearing in 2020, Representative Luetkemeyer asked him to comment on such financial incentivizes. Redfield replied, “I think there’s some reality to that.” A friend of mine, who is a county sheriff, told me that one man died of a broken neck in a car accident, but since he was positive for COVID, it was called a “COVID death.”

Moreover, Remdesivir — an FDA approved therapeutic — is believed to be killing some patients (54% in one study), according to some doctors. Dr. Bryan Ardis, who lost his father-in-law taking the Remdesivir protocol, has found in his research and autopsies that the drug can cause kidney failure, which leads to fluid in the lungs and death. These deaths are falsely attributed to “COVID pneumonia.”

And despite the fraud and Remdesivir effect, most folks still have about a 99% or better survival rate. Here’s a table from The American Council on Science and Health: 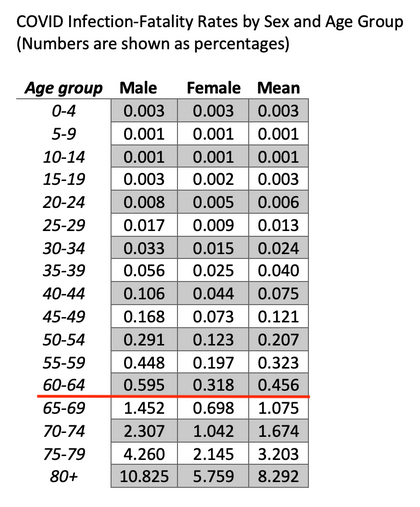 Many virologists and epidemiologists agree that the cycle threshold (Ct) of the PCR tests are often set too high, usually at 40 Ct. and should be lowered to a range of 30 to 35. Dr. Michael Mina, an epidemiologist at Harvard T.H. Chan School of Public Health, says thresholds so high may detect leftovers from infections that pose no risk and are “akin to finding a hair in a room long after a person has left.”

My Wife and I Have Had Covid, and We Have Natural Antibodies

A recent Israeli study found that if you have natural antibodies from having had COVID, you are 27 times less likely to catch the disease than a vaccinated person. Imagine that; God’s vax is much better than man’s. An estimated 100 million Americans have already had COVID. So, in my view, it doesn’t make sense to take a risk on a vaccine that’s drastically less effective than what I already have.

Many People Currently Catching COVID Have Had the Vaccine

As of September 7, in the U.S., 11,440 people have been hospitalized with “breakthrough” cases and another 2,674 people have died. The vaccines seems not to be as effective against the Delta variant. One doctor used a football analogy — the defense being the current vaccines, and the running backs being the different variants of the virus. The previous play was a run by the fullback, so the defense is “armed for bear” if the fullback gets the ball again. But the problem lies when the tailback runs with the ball on the next play. While all eleven opponents are fixated in on the fullback, the tailback (or the Delta virus) runs right through them and scores.

According to the U.S. government’s VAERS (Vaccine Adverse Event Reporting System), there have been 701,559 adverse events from the COVID vaccines and 14,925 deaths. But the extraordinary thing about those numbers is that it’s a voluntary reporting system, and data from studies estimate that it accounts for only 1% of the actual numbers. The Stream has really good editors, and that’s not a typo. Yes, 1%. So, that far more deaths from the vaccines than are being reported.

Long-Term Effects of the Vaccines Are Unknown

It was 31 years after DuPont started using Teflon that its toxicity to humans was confirmed. French Nobel Prize winner Luc Montagnier has recently warned that there could be devastating long-term consequences from the COVID-19 vaccines. Hopefully not. But we don’t know.

But to end on a positive note, even if the long-term effects prove to be harmful, remember what Jesus said about those who believe: “if they drink anything poisonous, it won’t hurt them” (Mark 16:18). I think that will cover a vaccine.