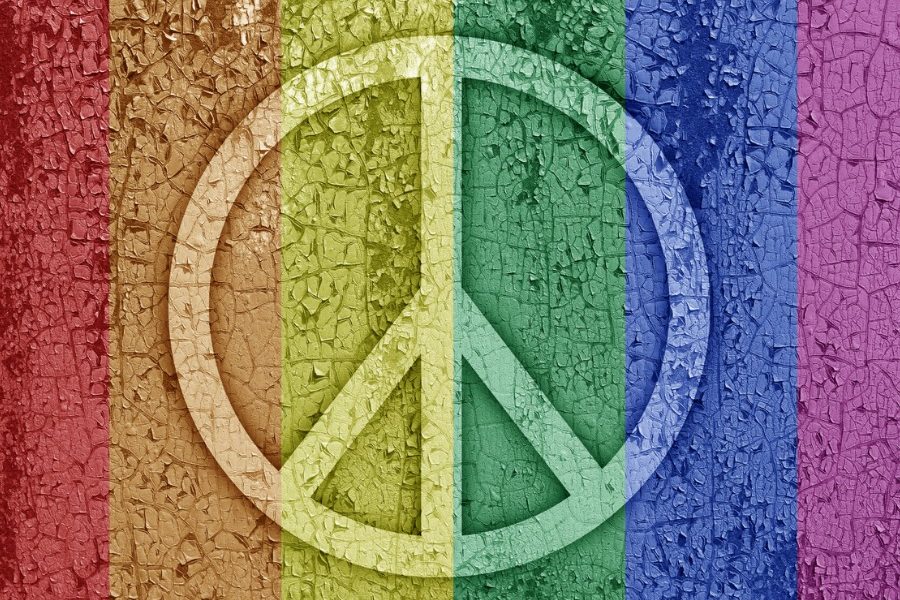 Without a doubt, 2019 was a difficult year in America. Despite a healthy economy and many positive developments, it was a year of strife and division and hostility. Yet, when we compare it to 1969, another landmark year in American history, in some ways, 2019 was not so bad. But in other ways, it is shocking and sobering to see how far we have fallen in the last 50 years.

The Year Everything Changed

In his bestselling, 2012 book, 1969: The Year Everything Changed, author Rob Kirkpatrick titled the Prologue: “REVOLUTION, APOCALYPSE, AND THE BIRTH OF MODERN AMERICA.”

To sum things up, he cited the words of hippie Barry Miles, who said, “It was a year of extremes, of violence and madness as well as achievement and success.”

Kirkpatrick wrote, “In a single year, America saw the peaks and valleys of an entire decade — the death of the old and the birth of the new —the birth, I would argue, of modern America.” And he adds, “The decade was one of the most turbulent in the history of the United States, and as it came to an end, an early form of millennial anxiety seemed to grip the country. The end of things was very much on the collective American mind at the end of the sixties.”

So, it’s not just our generation that is concerned with the end of the world, although the emphasis today is different than 50 years ago. Back then, there was more fear of a nuclear apocalypse. Today, it’s global warming.

And what did incoming president Richard Nixon have to say at his inaugural speech, January 20, 1969?

Nixon said, “We have found ourselves rich in goods, but ragged in spirit; reaching with magnificent precision for the moon, but falling into raucous discord on earth. We are caught in war, wanting peace. We are torn by division, wanting unity. We see around us empty lives, wanting fulfillment. We see tasks that need doing, waiting for hands to do them. To a crisis of the spirit, we need an answer of the spirit.”

This, too, sounds familiar.

Kirkpatrick noted that, “A ‘virus of dissent’ plagues the nation as the battle lines are drawn between the Right and the New Left.”

Today, however, that New Left is the establishment left, except it has become much more radical.

Time Magazine put it this way on January 3, 1969: “Mankind could be thankful at least that at no time in 1968 did the superpowers come close to an irreconcilable conflict. Yet nations around the world were confronted with a new kind of crisis: a virus of internal dissent. The spirit of protest leaped from country to country like an ideological variant of Hong Kong flu. Protest marches, sit-ins and riots attacked every kind of structure, society and regime.”

The mention of “Hong Kong flu,” immediately next to the word “protest” is obviously quite coincidental, given the rise of the protest movement in 2019 in Hong Kong.

But to grasp how intense the spirit of protest was back in 1969, we need to take in this reality: “In the first six months of 1969 alone, there were at least eighty-four bombings, attempted bombings, or acts of arson reported on college campuses. Twenty-seven incidents of bombings and attempted bombings were reported in the nation’s high schools” (quoting Kirkpatrick).

That’s why I say that some things were much worse in 1969 than in 2019. Those are some staggering stats.

Yes, the Weather Underground, in many ways, put Antifa to shame.

“And so it was in the United States in 1969,” Kirkpatrick reflects. “Positions hardened, forces for change radicalized, reactionary forces dug in their heels, and the cultural divide grew ever wider.”

Again, this sounds very, very familiar. History is repeating itself.

At the same time, things are dramatically different today than in 1969.

Radical leaders like Dohrn became university professors, pushing our campuses to the left and deeply influencing the next generations of students. (She taught at Northwestern University School of Law. Her husband, the even better known William Ayers, was also a Weather Underground leader. Ayers taught at the University of Illinois at Chicago and had a direct impact on Barack Obama.)

In short, the campuses were heavily protested by dissenting students in the late 1960s and early 1970s because they were viewed as bastions of status quo conservatism. Today, those campuses are bastions of extreme liberalism.

The rebellion has become the establishment, resulting in a complete shift of the status quo. The Woodstock hippies who wanted to drop out of the society got involved instead, changing the society.

In the same way, the Stonewall Riots in 1969 were viewed as quite extreme, giving birth in a very public way to the modern gay liberation movement, which has since become LGBTQ+.

But what was radical then seems quite tame now.

Hardly anyone was talking about same-sex “marriage” back then. (To the contrary, the institution of marriage was viewed as antiquated, patriarchal, and oppressive.) The idea that the Supreme Court would redefine marriage entirely wasn’t even a pipe dream.

And the “T” word was hardly front and center. No one was talking about celebrating a biological male as woman of the year or putting transgender identified children on hormone blockers. Not a chance.

Who Could Have Imagined?

In many serious ways, things have turned for the worse in America, and there is only one, possible way to stem the tide, let alone turn the tide. We need a massive, national awakening the likes of which we never seen in our history.

In the natural, it is impossible. But with God, all things are possible, and America can still be transformed.

It starts with you and with me, on our knees, crying out to heaven: “Father, awaken Your sleeping Church and shake this sinful nation!”

God will hear the cries of His people.

Ways to Fight Back Against the Radical Left

Given How Flawed Human Nature is, America Has Been a Remarkable Moral Achievement