When it Comes to Dealing with Scandals, the Church Must Do Better Than the National Enquirer 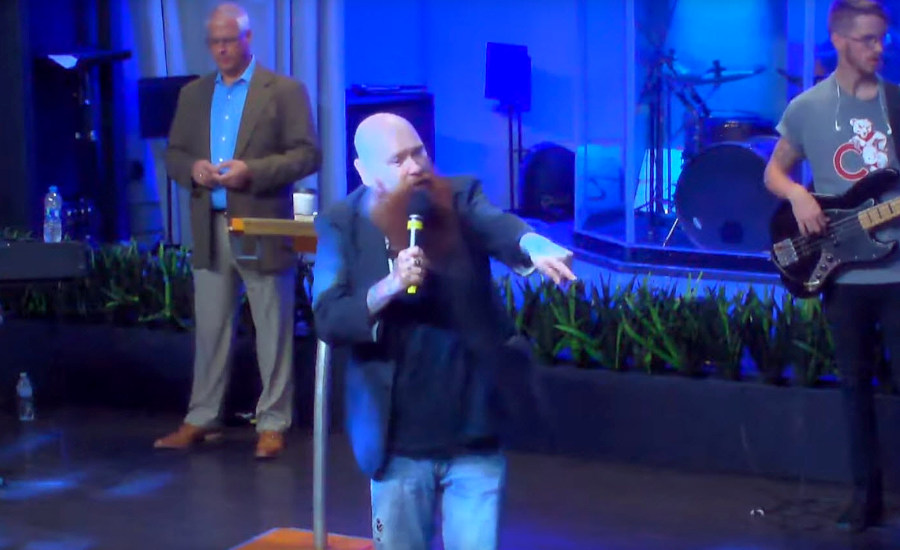 The internet is burning up with news of yet another scandal in the church, this time with serious accusations against Charismatic evangelist Todd Bentley. What is God saying to His people through this current crisis?

Regarding Todd’s situation, I have no specific comment, since: 1) I have not supported him being in ministry since his divorce and remarriage in 2008, and I am on public record to that effect. 2) I have no connection of any kind to Todd and his ministry. (I also disagreed publicly with the way other leaders handled things in Lakeland, where Todd became prominent.)

But, after prayer and reflection, I do believe there are important things to share that are applicable beyond this current, alleged scandal.

A Poor Job of Self-Policing

First, this is not the time to throw stones at Charismatics, as some non-charismatic critics have been quick to do. To be sure, we Charismatics have done a very poor job of self-policing, which is a major reason I wrote the book Playing with Holy Fire. And, to be sure, we have had more than our share of sexual scandals.

At the same time, there have been similar scandals in the Southern Baptist convention, in non-charismatic, Reformed circles, and, of course, in Catholic circles and beyond.

In light of this, we should examine ourselves carefully, in the fear of the Lord.

Are we living righteously before God? Are you? Am I? Are we conducting ourselves in purity?

Second, when we fail to address sin in private, it will explode publicly.

This is doubly tragic, since it not only brings reproach to the name of the Lord, but it also drives away people who, before, were open to hearing the gospel.

They are anything but open now, wondering which leader is a sexual predator and who is covering something up.

Again, I have no comment on the most recent accusations against Todd, since I do not know what is false and what is true. But I do know this (and it applies especially to those of us in leadership): God gives us many opportunities to repent in private before allowing us to be exposed publicly.

If we keep sweeping sin under the rug, it will come back to haunt us and to bite us.

That’s why it’s always best to repent quickly, completely, and without excuse, casting ourselves on the mercy of God. He is more than able to forgive and even restore.

Third, it is absolutely inexcusable and totally unbiblical for church leaders to put the reputation of an abusive leader before the real needs of the victims of that abuser, along with the needs of those will be abused should that leader stay in position. This is one of the biggest reasons for outrage in the current situation as well as in similar situations that have been well-documented in recent years.

It is not simply that a leader sinned, but that other leaders rallied together to protect the reputation of a fallen leader while completely neglecting the lives of those damaged by that leader. Not only so, but by failing to properly discipline a sinning leader, the door was left open for the pattern of abuse to continue.

God’s people are usually quick to forgive those who fall and show true contrition and repentance. But they have a much harder time forgiving leaders who played political games at the cost of the spiritual well-being of others.

Fourth, Church leaders are expected to live differently. God expects it and the church expects it. That doesn’t mean we’re perfect, but we are called to be above reproach, to be disciplined, godly, and with a good reputation with outsiders (see 1 Timothy 3:1-7; Titus 1:5-9).

Leaders, who by definition lead, should be able to say to others, “Follow me the way I follow Christ” (1 Corinthians 11:1). We should be able to say, “What you have learned and received and heard and seen in me — practice these things, and the God of peace will be with you” (Philippians 4:9). And if and when we do fall short, we need to be quick to get things right with God and man.

But, to say, “We all sin” or, “None of us has attained perfect maturity” is to make a mockery of the New Testament requirements of leadership and to diminish God’s high standards.

Don’t Use the Internet Like the World Does, to Attack

Fifth, the internet is not the place to settle private scores with leaders or bring accusations about the personal lives of others. When we do so, we open up a Pandora’s box where disgruntled believers can say anything about anyone, damaging (or even destroying) the lives of good men and women. (It is equally wrong when we spread unverified accusations against non-believers.)

Not only so, but when we use the internet to bring charges and counter-charges and accusations and defenses, we make ourselves a laughingstock before the world.

This is incredibly ugly and grievous, and it must break the heart of God.

We are just like the world when, in fact, we are called to be so different than the world.

How far we have fallen from being salt and light!

If you have legitimate concerns about a ministry or leader (for example, involving sexual or financial scandals) make every effort to find a solid, mature leader willing to take up the cause. It may take time, but it is far better to take that time than to turn the internet into the world’s largest Christian gossip network. What a terrible shame.

And if you know there are laws being broken and people actually being abused or assaulted, then by all means, go quickly to the appropriate law enforcement authorities. We cannot play games with people’s lives.

As a leader in the Body, I understand that to whom much is given, much will be required. Because of that, I walk in the fear of the Lord, knowing that one day I will stand before God and give account (Romans 14:12).

All the more reason, then, that we get things right today, while we still have breath. The mercy of God is not to be trivialized.

The Right Way to Disagree with Spiritual Elders