Columbus Wasn’t a Saint, but Columbus-Haters Don’t Really Hate Him. They Hate America 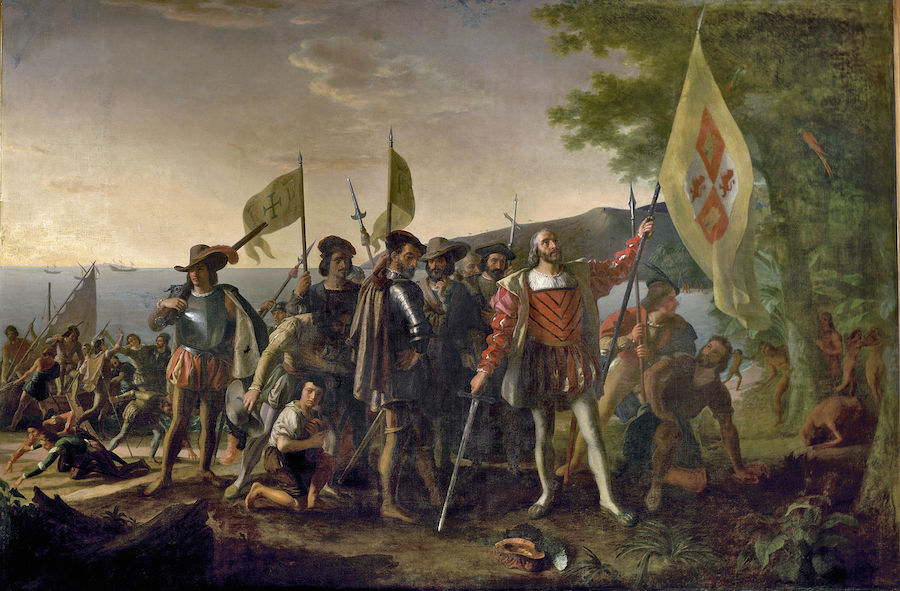 No, he was not a saint. Yes, there were others here before him. The typical criticisms are true.

By the way, what I say here applies to next month’s major holiday. I also believe that the Pilgrims should be defended against Woke revisionism. The same agenda is behind the attack on Thanksgiving. We Catholics can defend Columbus. Our Protestant brothers and sisters should take the lead defending the Pilgrims.

The real debate isn’t about Columbus, though. He’s a symbol of what some of us love and some of us hate. The Russian human rights activist Garry Kasparov reminds Americans how much there is in Columbus to admire. Having grown up in the Soviet Union, a nation ruled by lies, he knows that “reality is complex and doesn’t provide easy, comfortable answers.”

He also knows that the woke “caricature of Columbus as little more than a rapacious villain is as simplistic and wrongheaded as the version of him as a savior-hero who proved the world was round.” Those of us who admire Columbus aren’t stupid. We know, as Kasparov explains, Columbus’s “incredible feats of exploration were due to individual qualities that Americans should find admirable, and once did in near unanimity.”

No, not a saint. But a great man we should celebrate as one of our nation’s founders. Not that he could possibly have imagined the nation that would arise in the new world.

Whether you view Columbus’s discovery as a net gain or a net loss for humanity depends on your politics, unfortunately. There is almost nothing left at this point that transcends politics and holds us all together. Columbus Day did once, but doesn’t now. As I put it: No 1492, No 1776 — That’s Why the Left Hates Columbus.

As I wrote then, we know our ancestors did some pretty horrible things. No true patriot doubts this. Christian patriots know this because we know how deep sin goes. But we also recognize that we have been blessed as a nation in many ways. One of them: We had James Madison, John Adams, George Washington, and many other men like that as our founding fathers — not men like Danton and Robespierre.

It was the French Revolution that put us on the path to the God-hating communism that created rivers of blood and mountains of corpses that far exceeded anything attributed to Columbus, and in the lifetime of many who are still with us. Columbus-haters don’t seem as concerned with those genocides, which is telling.

The “woke” think the bad parts of our history mean our nation has been corrupt from its earliest beginnings. It started wrong and it hasn’t gotten better. Many Christians believe this, because they swallowed Cultural Marxism without even knowing it.

But what do they think is the alternative to the heritage they attack? Do they think we will live in some racism-free paradise after American history is erased? Can they honestly look at France today and think the French Revolution led to a society without racial problems? Do they know about France’s abuse of its African and Asian colonies?

For myself, I think Columbus’s discovery has been a great thing for humanity. And it would have been a still greater thing had humanity these last 200 or so years followed the example of liberty set in the New World by the American Revolution and not the totalitarianism of the Old World’s French Revolution.

Peter Wolfgang is president of Family Institute of Connecticut. He lives in Waterbury, Connecticut, with his wife and their seven children. The views expressed on The Stream are solely his own. His previous article was The Democratic House Proves: It Really Is All About Abortion.

Why Columbus Day is Worth Defending and Celebrating