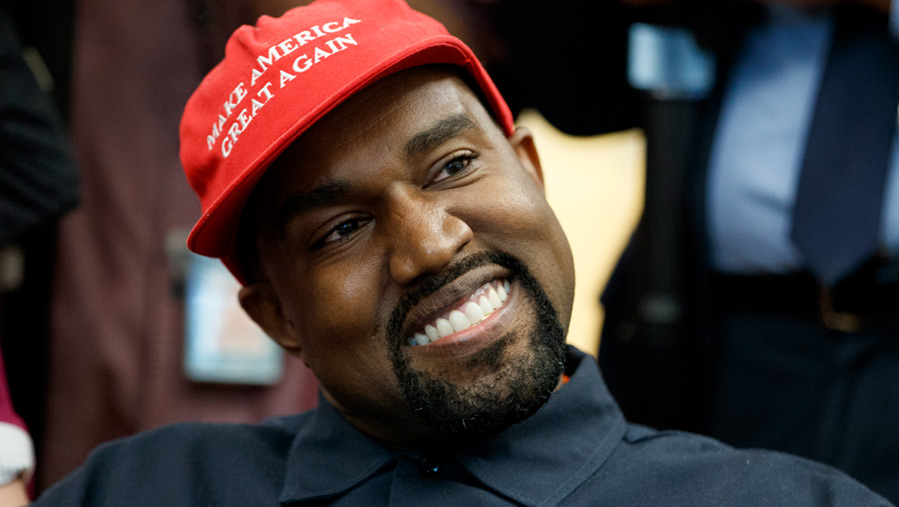 It was bad enough when CNN political commentator Bakari Sellers labeled Kanye West “the token negro of the Trump administration.” It was even worse when CNN’s Don Lemon, with great emotion, repeatedly stated that Kanye needed help and that he had not been the same since his mother died. All because he met with President Trump and praised his policies openly and boldly.

But first, some caveats.

I have not followed the career of Kanye West.

I am not familiar with Kanye’s music.

I am not saying that he has now become a paragon of virtue (or not).

I do not believe that his enthusiastic endorsement of Trump necessarily validates the president.

I am not claiming that his comments yesterday were all lucid.

I am not looking to him to become the new spokesman for a biblically-based conservatism.

As Brett B. commented on my Twitter feed, “CNNs efforts to keep blacks on the Democrat plantation remind me of the free black slaveowners in the antebellum South.”

That stings, for sure. But it only stings because there’s some definite truth in the tweet.

For years now, some of my black friends have been called Uncle Toms because they voted Republican. They have been told they are not “black enough” because they are conservatives. And this was in the days of Presidents Bush and Obama.

How much more does this apply today, in the era of President Trump, a man accused of being a racist and even white supremacist? How dare a black man support someone like him.

You might say, “You’re missing the point. Kanye is Trump’s token negro. And it’s clear the man needs help. He was incoherent yesterday.”

Well, let’s give this some thought, rationally and dispassionately.

First, Trump has had a good number of African-Americans around him during the campaign, right until this day. Some of his early spokesmen were black pastors, and it was Pastor Darrell Scott who said in August that Trump was “the most pro-black president in my lifetime.”

Trump has also had high-profile, positive meetings with revered black athletes like Jim Brown and Ray Lewis. And then there are major figures like Dr. Ben Carson, who not only endorsed Trump but became part of his cabinet.

Does Trump, then, need a “token Negro”? Doesn’t he already have a number of prominent African-Americans who believe in him and support him?

And what do we make of this August 16, USA Today headline, based on a new Rasmussen poll? “Trump at 36 percent approval among African-Americans, new poll finds.”

As Jason Meister stated in a Fox News op ed, “Trump is gaining black support because his policies are improving the lives of all Americans.” (For a very different perspective, see here.)

Already in 2016, the day after the elections, NBC reported that “Donald Trump performed stronger among black and Hispanic voters than Mitt Romney did as the Republican nominee in 2012, according to NBC Exit Polls.”

To repeat my question: Does Trump need a “token Negro”?

Is Kanye Any Less Coherent Today?

Second, as to Kanye’s state of mind, I posted this question on twitter: “I haven’t followed the career of Kanye West, so I have an honest question. Does he sound any less coherent today than in the past?”

Almost all the responses said no, including: Joel B., who noted that: “He married a Kardashian and named their kid North.” (In other words, this is who the man is!)

Remain Faithful commented: “No matter how different or uneasy his action/words are he has been the rogue/different person. He gave all his support to Obama but was frustrated that there was no/not enough progress.”

Elena R. tweeted, “I always try to extend grace. I have shook my head, when he has said some things. But, you know, I really feel for the man. He is an American. He is not motivated by race. He does not want ppl pulling him back in the box. He supports our POTUS. I know how it feels.”

And Mike and Tony opined, “No he doesn’t. The herd just doesn’t like that he is not kissing up to the Democrat party.”

As for Kanye’s history, while I have not followed his career, I’m quite aware that some of his past actions and words have been, at the least, over the top.

I, for one, am glad Kanye is supporting President Trump, for this simple reason: In doing so, he is helping to free other African-Americans who feel they are betraying their people by voting Republican.

I’ve had black callers confess this very thing to me, explaining that they voted for President Obama a second time because they felt they had to, even though they felt they should vote against him.

And, to be candid, wherever this kind of pressure exists, be it on Jews or Hispanics or Asians or white evangelicals or any other group, I’m glad when the spell is broken. Let each one think for himself or herself. Let us get out of the herd, evaluate the issues, and vote accordingly.

I also think the inappropriate words of these CNN commentators will have a reverse effect, helping many others think for themselves as well.

The fact is that the same Kanye West who said in 2005 that “George Bush doesn’t care about black people” is now wearing the MAGA hat and embracing Trump.

If other Americans, of any race or ethnicity, agree that Trump’s policies are best for America, I hope Kanye’s example sets them free to vote their consciences. And may those who differ be true to their consciences as well.

The goal is that racism is exposed, on the right or the left (yesterday, with CNN, it was on the left). The goal is true freedom and liberty for all.

Dr. Michael Brown recently joined Stream publisher James Robison in our studio to discuss Brown’s new book, Donald Trump is Not My Savior. You can watch the videos at the #TrumpIsNotMySavior series page.