Since the decline in donations began after public criticism of the foundation started heightening, this appears to validate the claim that foreign interests were contributing "predicated on donor access to the Clintons, rather than its philanthropic work." 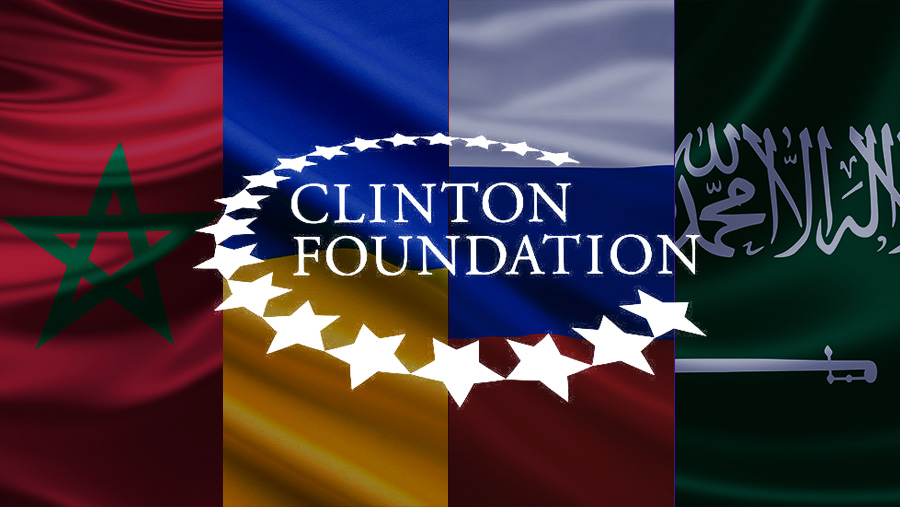 The Clinton Foundation revealed last week that it will be discontinuing the Clinton Global Initiative and laying off 22 staffers. The beleaguered organization filed a report with the New York Department of Labor Thursday stating its intentions to terminate the doomed employees on April 15, reports The Observer, a New York City weekly.

The move comes in response to an ongoing FBI investigation into the foundation’s “pay-to-play” schemes, where foreign interests as well as corporate interests contributed heavily to the foundation in exchange for influencing American government, especially during Hillary Clinton’s tenure as secretary of state. The IRS is also investigating the schemes.

It is a part of a wave of layoffs. According to Politico, the foundation told employees internally last September that dozens of layoffs were coming by the year’s end, and announced that it would no longer be accepting new contributions from foreign or corporate donors.

Heat Street cynically observed, “The Clintons have always claimed their family charitable foundation was able to raise so much money because, deep down, Saudi princes and Ukrainian oligarchs are really concerned about poor children in Haiti.”

At that time, there were concerns that if Hillary won the presidency, the loose money would present multiple conflicts of interest. Bill Clinton admitted that foreign interests “may have given money to the foundation to build a relationship with the Clintons or to gain access to the State Department during Hillary Clinton’s tenure as secretary of state.” At its peak, the CGI had about 200 employees. 74 were laid off at the end of last year.

Emails released by Wikileaks exposed tension within the foundation over the conflicts of interest. Top Clinton aide Doug Band expressed his concern about the ethical dilemmas in a 2011 email to John Podesta, especially in regards to Bill.

I signed a conflict of interest policy as a board member of cgi. … Oddly, wjc does not have to sign such a document even though he is personally paid by 3 cgi sponsors, gets many expensive gifts from them, some that are at home etc. I could add 500 different examples of things like this.

The Washington Post reported that “Band helped run what he called ‘Bill Clinton Inc.,’ obtaining ‘in-kind services for the President and his family — for personal travel, hospitality, vacation and the like.'” What the Post called the foundation’s “aggressive strategy” lined up “consulting contracts and paid speaking engagements for Bill Clinton that added tens of millions of dollars to the family’s fortune.”

Typical of the pay-to-play schemes was the relation of the owner of the Russian company Uranium One to the foundation and to Bill Clinton himself. The owner contributed $2.35 million to the Clinton Foundation, which the foundation failed to report. At that time, the Russian owner was in the process of buying the company, a sale that Secretary Clinton approved. Bill Clinton also received $500,000 from a Russian bank for a Moscow speech, where he promoted Uranium One stock.

The conservative news site Heat Street cynically observed, “The Clintons have always claimed their family charitable foundation was able to raise so much money because, deep down, Saudi princes and Ukrainian oligarchs are really concerned about poor children in Haiti.”

Michael Sainato of The Observer wrote, “The Clinton Foundation‘s downward trajectory ever since Hillary Clinton’s election loss provides further testimony to claims that the organization was built on greed and the lust for power and wealth — not charity.”

Donations stopping dropping even before Hillary Clinton unexpectedly lost the election. Every year, CGI would throw a lavish party with celebrities, heads of state and Fortune 500 CEOs. But sponsors for the annual event started dropping off after 2011, from 46 that year down to just 23 last year. Coca-Cola, Barclays and Goldman Sachs all dropped their sponsorships last year.

Foreign donors to the Foundation also began drying up. The Australian government, which had contributed over $88 million to the foundation over 10 years, ended its partnership. The Norwegian government reduced its contribution from $20 million in 2015 to $4.2 million in 2016. Since the decline in donations began after public criticism of the foundation started heightening, this appears to validate the claim that foreign interests were contributing “predicated on donor access to the Clintons, rather than its philanthropic work.”

Meanwhile, former Clinton Foundation CEO Eric Braverman has now been out of public sight for 85 days. Wikileaks founder Julian Assange said that it was a disgruntled Democratic insider who leaked emails to his organization, not the Russians. Based on that statement, Braverman has been named as a possible “mole” within the foundation — but weirdly, no one has been successful since contacting him to make sure he is OK.