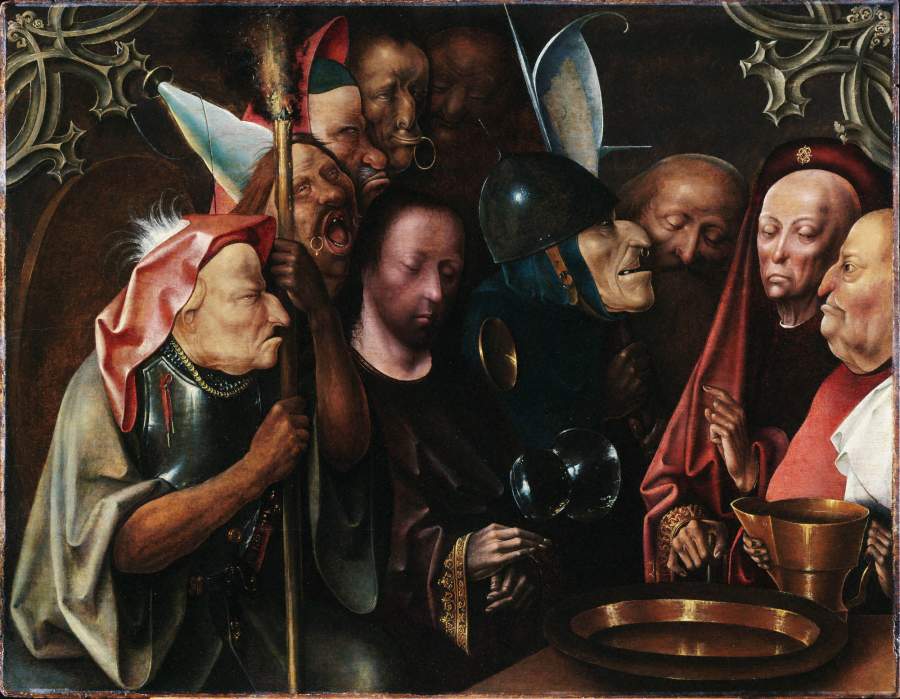 Does the coronavirus have a tiny silver lining? Maybe. At least it may have stopped one radical activist from killing himself.

The radical environmentalist group Extinction Rebellion signaled that it intended to spend the early spring mocking the Christian practice of Lent. And it considered a plan that would have culminated in human sacrifice.

Extinction Rebellion is home to most the celebrated collection of teen activists not named Greta Thunberg. “XR,” as it calls itself, has won plaudits worldwide for its “disruptive” actions and anti-democratic aims. Its members have:

Workers of the World, Buzz Off

The dividing line was on display last October. That’s when working-class Britons united to yank XR activists off the top of their train and beat them up. Meanwhile, XR radical Robin Boardman-Pattison — whose private school tuition cost £17,500 a year (almost $22,000 U.S.) — fought the workers of the world on his comrades’ behalf.

The demonstration backfired spectacularly. And Extinction Rebellion got the first real negative press of its existence.

What better way to end a mockery of Lent than a killing someone created in God’s image on Good Friday — a fake fast followed by a sacrilegious self-sacrifice?

On Ash Wednesday, many Christians begin the 40-day fast of Lent. On the same day Extinction Rebellion UK called its own 40-day “fast” from fossil fuels. (No word on whether it plans a parallel action during Ramadan.)

Our 40 Days campaign starts today. We need your help

40 Days is the first of a series of events linking to our #FossilFuelFast that will last until the next Rebellion on 23rd of May & its main action is a 24/7 prayer, meditation and contemplation vigil at Parliament Square.

But everyone in XR’s elite orbit mocks Christianity, especially in the UK. Ho-hum.

Then, a document produced by XR leaders implied they found the perfect vehicle: public suicide.

Official notes from a meeting of the Extinction Rebellion’s “Action Strategy Exploration Group” tell the tale. Leaders called on XR members to embrace “extreme sacrifice.” Their proposals include sponsoring an official “hunger strike to the death” and having “one person [commit] suicide” in public. The undated document specifically mentioned the London Stock Exchange. However, the group’s mock Lenten tweet announced a “main action” would take place at Parliament Square.

What better way to end a mockery of Lent? Killing someone created in God’s image on Good Friday. Follow a fake fast with a sacrilegious self-sacrifice.

The leaders did not set a date for these actions. A spokesperson said the list amounted to little more than “brainstorming.” But the document itself labels these as the “top ideas from the sessions.” XR has already made some of its action items — like a “mass die-in” — a reality.

The Spirit of Barabbas

The Left’s willingness to kill people for its political ideals is hardly new. However, it is rarely self-directed. Still, there are examples of suicide for political causes stretching back decades, and a French socialist recently set himself on fire to protest the fact that the heartless government doesn’t pay all living expenses at its tuition-free universities.

These cases illustrate how socialism replaces religion with its all-consuming political ideology. But there is a major distinction between the two. True religion reveals that Jesus Christ suffered death “upon the Cross for our redemption” and “made there (by his one oblation of Himself once offered) a full, perfect, and sufficient sacrifice, oblation, and satisfaction, for the sins of the whole world.”

Mammon demands that you withhold nothing, including your life. Thus, XR asks its activists to engage in “extreme self-sacrificial actions” that “can act as a vanguard for the movement” while “focusing the world’s attention.”

Aping Lent can’t mask this gaping ideological gulf. Extinction Rebellion’s leaders have none of the spirit of Christ. They are the ideological cousins of Islamic jihadists who willingly sacrifice innocent lives to further their totalitarian political designs.

Would You Die for Gaia?

XR may have even found its patsy. Last November, activist Eric Tien wrote he was “willing to starve to death” unless Nancy Pelosi held a one-hour meeting with XR leaders. But within two weeks, he threw in the towel. (He now delivers “stir fry meals on wheels” to elderly Chinese Americans. Good for him.)

When push comes to shove, he wasn’t willing to die for a false god. Others may not be so discerning.

When Our Churches Fail Us

Christian leaders exacerbate the danger when they accept the environmentalist extremists’ notion that the planet needs saving from humans, instead of for humans. Imagine being an XR activist who reads a recent Vatican News article by a Jesuit priest (largely cribbed from CNN). It called the coronavirus “Earth’s unlikely ally,” because it had reversed human industrial progress. Pope Francis said COVID-19 may be “nature’s response” to climate change. And my Protestant friends tell me COVID-19 has seen some rock-solid evangelicals warm up to the notion of population control.

During a time like this, Christians need to proclaim our countercultural message of human dignity more than ever.

Hoping for a Die Off?

Alarmists have been warning that the human race will deplete the world’s resources since at least the time of Thomas Malthus. Paul Ehrlich made a cottage industry out of it, and one of his unapologetic disciples served as Science Czar in the Obama administration.

But history has disproved the collectivist Cassandras’ predictions time and again. Human beings impose a cost on the planet — but they also increase its fertility. Human creativity has created technological progress that allows an ever-increasing number of people to inhabit the planet. Some inventors, like Bell and Edison, sacrificed sleep for days on end to bring about the vision God had implanted in their hearts.

But their sacrifices, like all true sacrifice, preserve God’s greatest gift: human life. As one Apostolic-era Church Father, St. Irenaeus of Lyons, said, “The glory of God is a living man, and the life of man consists in beholding God.”

Perhaps the Coronavirus thwarted a more dedicated XR activist from taking his own life. If so, we can repeat Joseph’s words: “You meant evil against me, but God meant it for good in order … to preserve many people alive” (Genesis 50:20).

Rev. Ben Johnson (@therightswriter) is executive editor of the Acton Institute‘s flagship publication, Religion & Liberty, and edits its transatlantic website. He is an Eastern Orthodox priest and the author of three books. His views are his own.