The city council could have saved Christmas, supporting the local community, but instead caved in to a legal threat from an out-of-state anti-religious group. 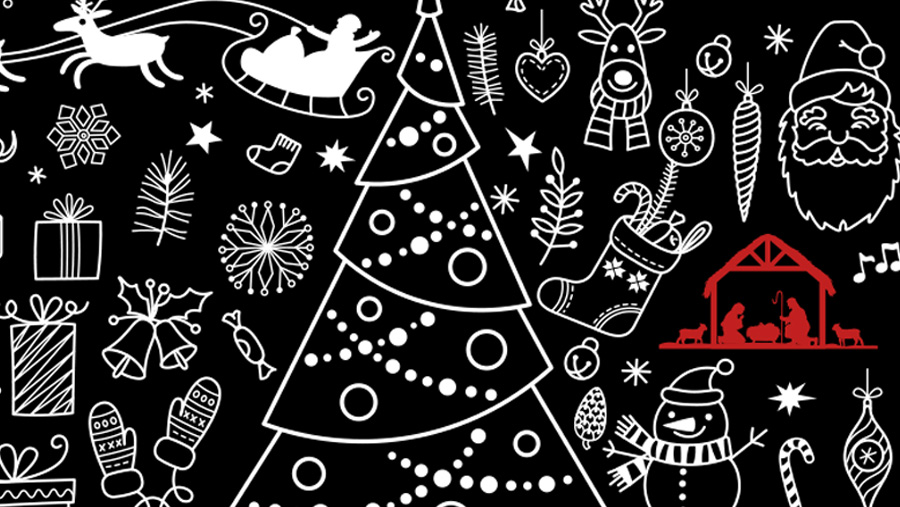 The small city of Gig Harbor is making national headlines for removing a nativity scene from a town park. The Wisconsin-based Freedom From Religion Foundation threatened a lawsuit if it was erected this year. The foundation told the city that “The Supreme Court has ruled it impermissible to place a Nativity scene as the sole focus of a display on government property” — when the writers must have known that the creche was not at all “the sole focus,” but part of a bigger display that met the court’s requirements.

Two local residents have supplied the display for the past six years, at no cost to the city. It appears with secular declarations, including an enormous decorated Christmas tree placed by the city, reindeer, presents, a “Frosty the Snowman” figure, candy-striped poles and an igloo with a penguin. The Christmas tree dwarfs the Nativity scene.

In what’s become an American Christmas tradition, atheist groups sniff out Nativity scenes to challenge. Often the threat of litigation from these well-funded and determined groups is enough to force a town to give in, even if their scene meets the U.S. Supreme Court’s standards.

The Supreme Court has ruled several times that the displays do not violate the so-called “separation of church and state” in the First Amendment, as long as they are accompanied by non-Christian displays. Although Gig Harbor’s display complies with this directive, FFRF told the city that “The Supreme Court has ruled it impermissible to place a Nativity scene as the sole focus of a display on government property.” Rep. Jesse Young placed this 16-foot-tall sign outside his office, not far from the park where the Nativity scene was removed, overlooking the entrance to the Tacoma Narrows Bridge.

The religious freedom group First Liberty and Gig Harbor attorney Jeffrey Helsdon sent the city letters explaining they were within their rights to allow the Nativity display. Heldon cited part of the Supreme Court’s 1984 decision Lynch v. Donnelly, where a similar display of Christmas symbols was challenged.

In that ruling, the court argued that the Christmas creche being challenged wasn’t an attempt to support a religion. Like congresses and presidents, the city was only noticing “a significant historical religious event long celebrated in the Western World. The crèche in the display depicts the historical origins of this traditional event long recognized as a National Holiday.”

The court also noted that the creche could be a religious symbol and still have “legitimate secular purposes.” Those purposes make it constitutional. Had FFRF sued the city, it would probably have lost quickly at summary judgment.

Gig Harbor Allowed Itself to Be Bullied

Roger Byron, senior counsel for First Liberty Institute, confirmed that Gig Harbor’s display satisfied the Supreme Court’s requirements. “It is sad that Gig Harbor needlessly allowed itself to be bullied by an extremist group into ruining a long-standing holiday tradition.  The residents of Gig Harbor deserve better.”

Mayor Jill Guernsey said she didn’t want to waste thousands of taxpayer dollars defending against a lawsuit, although the American Center for Law and Justice offered to defend the town at no cost. City Administrator Ron Williams admitted that city leaders believe the display is allowed because it is free speech in a public forum.

In what’s become an American Christmas tradition, atheist groups sniff out Nativity scenes to challenge. Often the threat of litigation from these well-funded and determined groups is enough to force a town to give in, even if their scene meets the U.S. Supreme Court’s standards.

I spoke with Rep. Jesse Young, the state representative whose district includes Gig Harbor. FFRF’s efforts are “bullying tactics,” he said. The city risks being sued either way, he told me. “The city had two options. It should have chosen the one that has already been ruled constitutional.”

Residents supporting the Nativity scene showed up at the last city council meeting, many dressed as characters in the Nativity scene. After singing Christmas carols outside, they attended the meeting. Twenty spoke in favor of the display, including Rep. Young. No one spoke against it.

Rep. Young said his office researched the constitutionality, and determined that the Nativity scene was legal. “It’s not like you’re choosing a Christian ceremony over something else,” he said. “You’re supporting a public holiday with a myriad of displays that are secular and religious, relative to the nature of that holiday.” That makes it constitutional.

The council refused to change its decision.

Rep. Jesse Young begins speaking at 21 minutes into the video.

The War on Christmas Has Not Let Up