Should the Church Continue to Evangelize Jews? 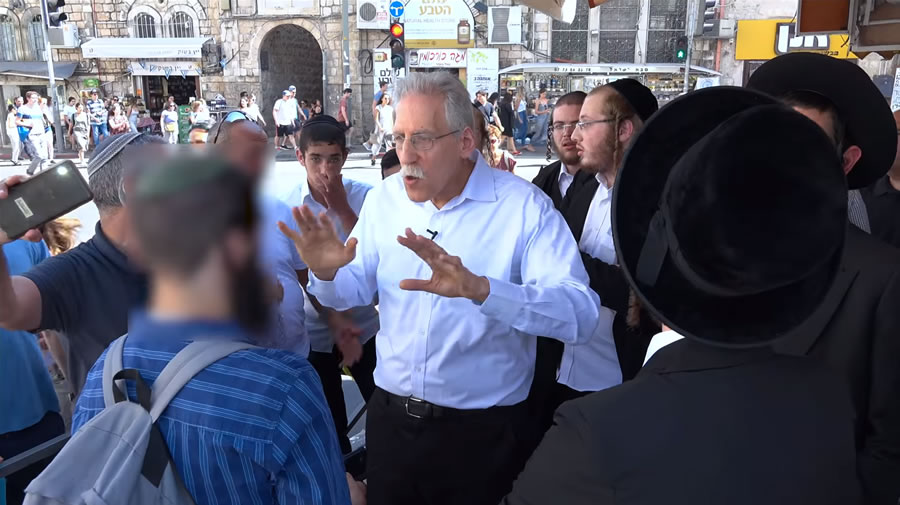 The Church of England has received praise from the Jewish community for its major statement repudiating antisemitism in Church history. At the same time, “While Chief Rabbi Ephraim Mirvis welcomed the report in the main, he simultaneously launched a blistering reproach of Anglican leaders for failing to disavow their institution with those who still seek to convert Jews to Christianity.”

Personally, as a Jewish believer in Jesus, I’m thrilled to see the Church of England’s statement, since many Jews have a terrible view of Jesus due to centuries of mistreatment at the hands of professing Christians. In fact, Church history is one of the biggest reasons that Jewish people, especially religious Jews, do not even consider the possibility that Jesus is the Messiah.

I devoted an entire book to this subject, including insightful quotes like this, from the 19th century Old Testament scholar Franz Delitzsch. He said, “The Church still owes the Jews the actual proof of Christianity’s truth. Is it surprising that the Jewish people are such an insensitive and barren field for the Gospel? The Church itself has drenched it in blood and then heaped stones upon it.”

Yet many Christians are unaware of this bloody history.

As noted by the Catholic scholar Edward Flannery, “The vast majority of Christians, even well educated, are all but totally ignorant of what happened to Jews in history and of the culpable involvement of the Church. … It is little exaggeration to state that those pages of history Jews have committed to memory are the very ones that have been torn from Christian (and secular) history books.”

How can the Church disavow Jewish evangelism and be true to its mission?

Now, in a 100-page report titled God’s Unfailing Word: Theological and Practical Perspectives on Christian–Jewish Relations, the Church of England seeks to set this right, noting that “Christians have been guilty of promoting and fostering negative stereotypes of Jewish people that have contributed to grave suffering and injustice.”

Indeed, “Within living memory, such ideas contributed to fostering the passive acquiescence if not positive support of many Christians in actions that led to the Holocaust.”

With sensitivity and clarity, this important document utterly repudiates this ugly history, making no excuses and not attempting to minimize the guilt.

It also addresses antisemitic attitudes towards the State of Israel, such as, “Denying the Jewish people their right to self-determination, e.g., by claiming that the existence of a State of Israel is a racist endeavor.” (For the record, the statement rightly affirms “that it is not antisemitic to apply to the State of Israel the same standards of justice that are used with regard to other democratic nations.”)

A Call to Witness

Yet the statement also affirms the Church’s calling to share the gospel with all people, including the Jewish community.

As expressed in the Foreword by Archbishop Justin Welby, “To share the hope of salvation within us, a hope coming from Jesus Christ, is core to what Christians do, but we are told to do so with gentleness and grace. Any sense that we target Jewish people must carry the weight of that history.”

To be sure, Welby is careful to add that, the Chief Rabbi, who wrote an Afterword to the document, “has opened, with characteristic honesty and affection, a challenge upon which we must reflect. We cannot do that reflection honestly until we have felt the cruelty of our history.”

But of course. How can the Church disavow Jewish evangelism and be true to its mission?

King of the Jews

After all, Jesus was born King of the Jews and died King of the Jews. And after His resurrection, He opened His disciples’ minds so they could understand that He was the prophesied Messiah of Israel. And He sent them to start their mission in Jerusalem, reaching their fellow-Jews.

In fact, all of Yeshua’s first followers were Jews, and the Apostle Paul, who wrote almost half of the New Testament, was himself a Jew. And it was Paul who taught that the gospel was “to the Jew first, and also to the Gentile” (Romans 1:16).

It is a fundamental contradiction of the gospel to withhold the message of the Jewish Messiah from the Jewish people. It’s also a cruel thing to do, since Jews need Jesus as much as anyone else. I for one might not have made it to my 18th birthday (due to foolish drug abuse) had not Christians shared the good news with me. And I cannot thank God enough for changing my life through the death and resurrection of my Savior.

And I can point to multiplied tens of thousands of Jews around the world today who are thrilled that Christians shared their faith with them. They are thrilled with their relationship with God and have found something they never found within their own traditions.

Really now, how can a Christian withhold the water of life from a Jewish person? How can they have God’s heart and not tell everyone — including their Jewish friends and neighbors — about Yeshua, the Savior and Lord?

In the Afterword to the report, Chief Rabbi Mirvis wrote, “I must, though, convey a substantial misgiving I have with this document, despite the progress it undeniably represents and articulates. Namely, that it does not reject the efforts of those Christians, however many they may number, who, as part of their faithful mission, dedicate themselves to the purposeful and specific targeting of Jews for conversion to Christianity.”

And Mirvis lamented “that even now, in the twenty-first Century, Jews are seen by some as quarry to be pursued and converted.”

We are not trying to put a notch on our belts. We are not boasting about numbers of Jewish converts as if competing in a contest. And we don’t like the word “conversion,” since it gives the impression that we want Jews to stop being Jewish and convert to a new religion.

Instead, what we long to see is for Jews, as Jews, to embrace Jesus as their Messiah and King. We have no desire to destroy Jewish heritage or our connection to our people and our Land.

Instead, we want to connect our people to our heavenly Father in a new and living way through the once-for-all sacrifice of the Lamb of God. What could be more Jewish than that?

And so, as a Jewish follower of Jesus indebted to the prayers and loving witness of faithful Christians, I make this appeal. Yes, by all means, learn about the story of the Church and the Jewish people, and please distance yourself from antisemitic attitudes and deeds. We dare not repeat the fateful errors of the past.

But do not distance yourself from sharing the gospel with your Jewish friends, neighbors, and co-workers. We, the Jewish people, need Him as desperately as anyone else. Only bring the message with love, sensitivity and compassion. You will be doing a service to God and to people.

The Burning Cathedral and the Isolating Virus, and Why We Need Churches