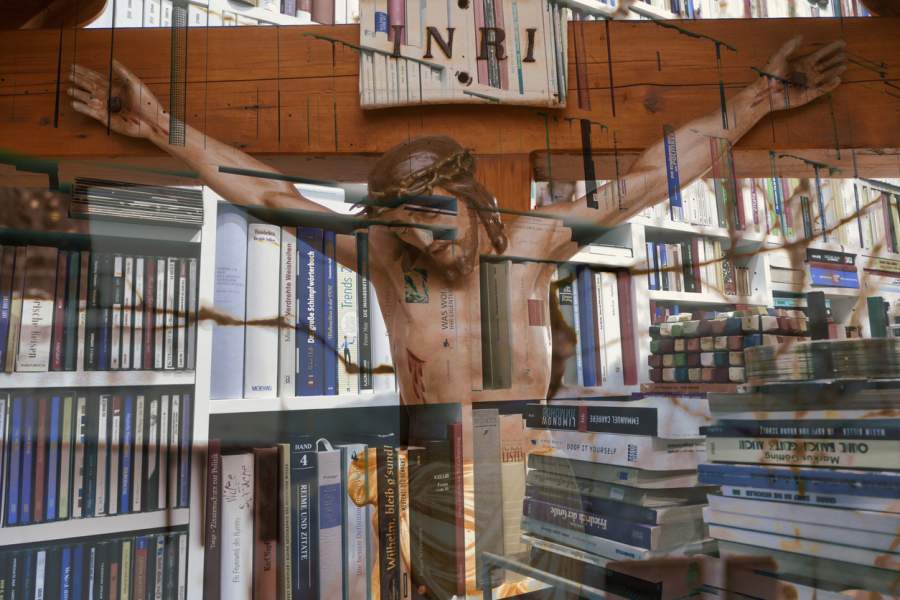 Reports from China indicate that slaves who make many of our products are victims of torture, rape, forced abortions and sterilizations, organ harvesting, and summary execution. These include religious products: rosaries, crosses, inspirational plaques with Bible verses. Your refrigerator magnet that says, “The Truth Shall Set You Free”? It might well have made by a man or woman in chains.

As a Christian, I am appalled that so many articles I find in church-run book stores are made in China. The home of hundreds of concentration camps and a 21st-Century genocide should not be getting rich off believers.

Most of us know that the Chinese government bans free churches and persecutes Christian believers. That has gone on since Mao Zedong took power in 1948. Stream writer John Zmirak has explained here how Pope Francis’ deal with China has made that persecution not better, but worse.

In recent years, the Chinese government has also carried out a terror campaign against the indigenous Uyghur and Turkic Muslim populations in East Turkistan (renamed Xinjiang) in Northwestern China. The United States, Canada, and the Netherlands have officially designated these actions by the Chinese Government a genocide.

Experts report that more than 1–3 million Uyghurs and other Turkic peoples are currently held in concentration camps throughout the occupied Uyghur homeland and other parts of China. They face rape, sexual and physical violence, torture, organ harvesting and summary execution.


Uyghurs interned in these camps are subjected to forced labor, mandated to produce goods that are exported worldwide, including to the United States. Hundreds of Christian bookstores (Catholic and Protestant) blithely sell such products. They don’t ask any questions.

Many “Woke” multinational corporations have integrated forced Uyghur labor into their supply chains, specifically because it’s cheap. I know that my Apple iPhone includes parts sourced from Chinese vendors who used Uyghur slaves. We all need to wake up now.


Investigative journalist Amelia Pang reported on the labor camps in China used to produce U.S. consumer goods. In January, she was interviewed by Yan Bennett, assistant director of Princeton University’s Center on Contemporary China. Pang’s undercover reporting reveals that audits conducted by companies in China are often staged to give a false impression that the factories are slavery-free.

But video footage of prisoners of conscience shackled and herded gives the lie to that:

If you run, or work in, or shop in a religious articles/church book store, I’m begging you to do one simple thing. Look into where the goods come from. If they come from China, you cannot be sure they weren’t made by slaves. What a mockery of God, to use the sweat of believers — Christian or otherwise — forced to work by an atheist tyranny. Why should churches whose own believers are persecuted by the Chinese government help fill its coffers with blood money?