Christians, the Time Has Come to Put Ourselves on a Serious Wartime Footing 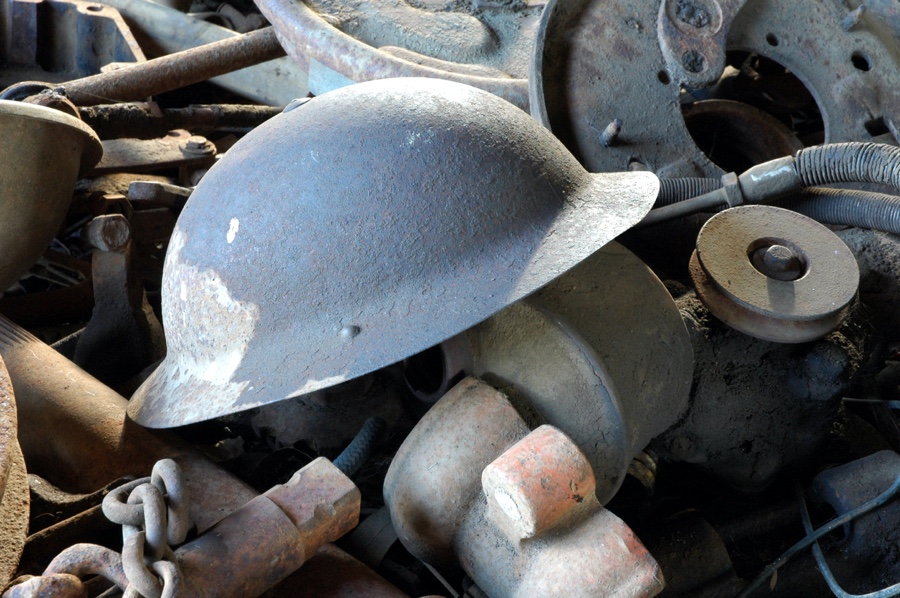 This has got to be the strangest war in history. The people most under attack can hardly be bothered to put up a defense.

An Attack on Humanity

Let’s not waste time dwelling on the obvious: This isn’t a war of guns and bombs. It doesn’t have to be. It’s still a concerted and disturbingly successful attack on civilization — Western civilization. Civilization as we know it. As in the chant at Stanford in 1987, “Hey, hey, ho, ho, Western civ has got to go!” As in Yale University dropping its Western Civ course this year because it’s “overwhelmingly white, straight, and European.”

It’s an unrelenting insurgency, attacking marriage, sexual morality, and sexual identity — the last of which is an assault on personal identity itself.

And above all, it’s an attack on humanity itself. That’s the most important one, and also the least understood, least recognized. The insurgents in this war want to redefine what it means to be human. Tragically, they don’t realize that weapon doesn’t only aim at their opposition, but back at themselves as well.

This isn’t a guns-and-bombs war. It’s a long, ongoing series of battles over ideas instead. World-changing, culture-killing ideas. The attacking side has been strategic, and it has been persistent. For decades, they’ve used imagery and media to make their side seem right and normal. They’ve manipulated language to make our side appear to be the “haters,” the “phobics.” They’ve bullied their way through the courts, the corporations, and the schools.

In their greatest strategic coup of all, they’ve convinced almost everyone — our side included — that they’re the innocent defenders, and we’re the aggressors. Not only have they put us on the defense, they’ve got many of us apologizing for being on the defense.

They persuaded Christians and other conservatives that they ought to be embarrassed even to be talking about (you hardly ever saw it without scare quotes) a “culture war.” We were “intrusive.” Hah! Who was intrusive? We were “imposing our values” on others. Again I laugh, but not in mirth.

American Christianity cowered. Not everyone, of course; I could name dozens of pastors, churches, leaders, and ministries that have stood tall. Overall, though, the Church went on with business as usual, with our Christmas programs and our Vacation Bible Schools and (for the exceptional ones) our door-to-door evangelism.

It’s all “good ministry,” right? Sure. It’s great strategy, too — for the world of the 1950s, that is, the white utopian version of the “1950s,” where every respectable person was religious, and almost everyone was a “Christian.”

Let’s not forget, though, that the majority church of the day was blind and asleep then, too. They failed to see their part in ending rampant, horrific racism. They failed to notice that “Father Knows Best” and “Leave It To Beaver” were built on goodness and joy and family with absolutely no visible spiritual foundation, as if such a thing were possible.

Poor Vision Leading to an Even Weaker Response

The Church has been failing to notice things ever since.

We’ve got to commit to gearing up for it. Seriously, sacrificially, spiritually, intentionally.

If any of that sounds unfamiliar, you need not feel alone in that. It’s unfamiliar to many, even though it’s been going on a very long time. C. S. Lewis saw it brilliantly in the 1940s. (John Zmirak reminded us of that brilliantly just yesterday.)

So please don’t take comfort in not being alone in it. Let it bother you. Let it dig its way into your consciousness. Then let it spur you on, drive you, even, to get yourself equipped to do your part in this battle.

We’ve Got to Put Ourselves on a Wartime Footing

I don’t have space here to expand on that equipping, and that’s not my purpose today anyway. My purpose here is to bother you about it, enough so you’ll make that decision to get yourself up to speed for this war.

For though we walk in the flesh, we are not waging war according to the flesh. For the weapons of our warfare are not of the flesh but have divine power to destroy strongholds. We destroy arguments and every lofty opinion raised against the knowledge of God, and take every thought captive to obey Christ. (2 Cor. 10:3-5a)

It’s war. Not fleshly war, but war anyway. It’s a battle of ideas: “arguments and lofty opinions raised against the knowledge of God.”

The First Steps: To See, Then Decide

The Church’s next steps in fighting this war? First, to notice it’s going on; to see at last that the 1950s ended a very long ago, and we’ve got to learn to do ministry in an entirely different way. Not just incrementally different, with more “relevant” programming, but very different. What remains, of course, is the truth of God in Jesus Christ. But our approach to telling His truth is as different now as if we’d left home in 1955 to do missionary work in the Congo.

And we’ve got to decide to get on a wartime footing, as if our whole world were at stake. Because our world — your world, from your kids to your church to your community to your country — really is at stake.

There are more steps to follow once we get on that wartime footing. It’ll require sacrifice to get fully equipped. It’ll require a strategic sense of direction, too, which we at The Stream are committed to helping supply. I’ll keep sharing specifics myself.

First, though, we’ve got to commit to gearing up for it. Seriously, sacrificially, spiritually, intentionally. The rest will follow.