Why Christians Should Not Smoke Pot 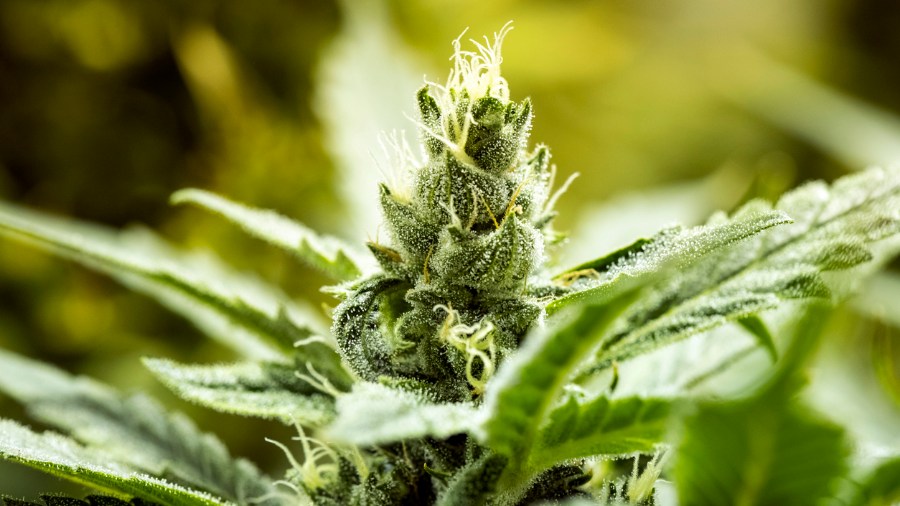 I want to share my own convictions as to why followers of Jesus should not smoke pot. I encourage you to consider them prayerfully before the Lord.

First, for the sake of clarity and simplicity, I’m not addressing the issue of the medical use of marijuana, as prescribed by a responsible doctor. While it’s possible these subjects are related, I’m focusing here on the recreational use of marijuana.

Second, I speak from personal experience, both as a follower of Jesus and as a former pot smoker.

In short, I was a heavy drug user from 1969-1971. I earned the nicknames “Drug Bear” and “Iron Man” in the process. The drugs I used included pot, hash, ups, downs, LSD, mescaline, speed, heroin, and (very briefly, right before I got saved) cocaine.

Many of my friends, colleagues, and former ministry school students were drug users too, some heavily and some lightly. But we hold the same views today about Christians smoking (or ingesting) pot.

In short, you cannot “be sober and alert” and smoke pot at the same time. Yet God’s Word calls us to this very thing.

Peter wrote, “Be alert and of sober mind. Your enemy the devil prowls around like a roaring lion looking for someone to devour” (1 Peter 5:8, NIV).

When you smoke pot, even a little, your mind gets into a more relaxed state, a state of lowered alertness and lower sobriety. It’s called “getting high” for a reason.

You might think it enhances your thinking or creativity or spirituality. In reality, it is bringing you into a less sober state of mind.

You might think it enhances your thinking or creativity or spirituality. In reality, it is bringing you into a less sober state of mind. Your ability to respond rapidly and critically is actually lessened. So, you might be more “creative,” but not in a holy and godly way.

The pastor, Craig Gross, explained, “I’ve never lifted my hands in a worship service ever, ‘cause I was raised Baptist. … I’ve done that in my bathroom worshiping with marijuana by myself.”

Ironically, it’s for this same reason that some strippers get high before performing or some actors have a few drinks before engaging in a sex scene. The drugs or drink loosen them up and relax them, helping to remove their inhibitions.

Before I knew Jesus, I received incredible spiritual “revelations” while tripping on LSD or mescaline, especially when combined with huffing diesel gas. I even discovered the secret of the universe!

A Pot of Trouble

We should also factor in that pot remains a gateway drug. It opens the door to more serious drug abuse over time. Is it any surprise that Denver has now voted to decriminalize psychedelic mushrooms after Colorado legalized cannabis in 2014?

Even if you never went beyond pot after years of personal use, the moment you advocate it, you open the door to others. Is that wise?

I’ve also been told repeatedly that pot today is not like the pot I once smoked. It’s much more potent and dangerous. And the very real, not exaggerated, dangers of marijuana use have been documented by Alex Berenson in his bestselling book Tell Your Children: The Truth About Marijuana, Mental Illness, and Violence.

As the blurb states, this “eye-opening report from an award-winning author and former New York Times reporter reveals the link between teenage marijuana use and mental illness, and a hidden epidemic of violence caused by the drug — facts the media have ignored as the United States rushes to legalize cannabis.”

According to a report from SF Gate, “With some marijuana products averaging 68 percent THC — exponentially greater than the pot baby boomers once smoked — calls to poison control centers and visits to emergency rooms have risen. In the Denver area, visits to Children’s Hospital Colorado facilities for treatment of cyclic vomiting, paranoia, psychosis and other acute cannabis-related symptoms jumped to 777 in 2015, from 161 in 2005.”

Significantly, “The increase was most notable in the years following legalization of medical sales in 2009 and retail use in 2014, according to a study in the Journal of Adolescent Health published in 2018.”

Psychiatrist Libby Stuyt treats teens in southwestern Colorado and has studied the health impacts of high-potency marijuana. In his words, “Horrible things are happening to kids. I see increased problems with psychosis, with addiction, with suicide, with depression and anxiety.”

The effects on adults might not always be as extreme (or, as quickly noticed). However, it’s clear that anything this harmful to teens can hardly be beneficial to adults.

Of course, I’m quite aware that the response of many would be, “But that’s the whole point. Just as we can drink alcohol in moderation, we can smoke pot in moderation.”

My response would be: 1) It’s an unnecessary crutch. 2) It still removes your full sobriety. 3) It opens the door to more intense pot use, along with the use of other drugs. 4) It creates another fleshly habit in your life.

Joy in the Holy Spirit

For two years, day and night, my life centered on drugs and rock music. I got as high as humanly possible without dying. I once took enough hallucinogenic drugs for 30 people. (I am only alive and in God’s service by His grace and mercy!) And in the months before coming to faith in Jesus, I smoked pot morning, noon and night. It became a constant part of my life.

Yet when I truly experienced the joy of the Lord, which then revealed the depths of His love to me, I said to Him on the spot, “I will never put a needle in my arm again!” And I was free from that day (December 17, 1971) until today.

Two days after that, while smoking hash with friends, I realized that the Lord didn’t want me to be getting high in any way. And the rest is history.

So, before you get high (whether for the first time or again), ask yourself these questions: Is this light or darkness? Is this feeding my spirit or my flesh? Is this exalting Jesus or opening the door to the enemy?

Be wise, and sober, my friend. And be filled with the Holy Spirit. There is nothing like it.