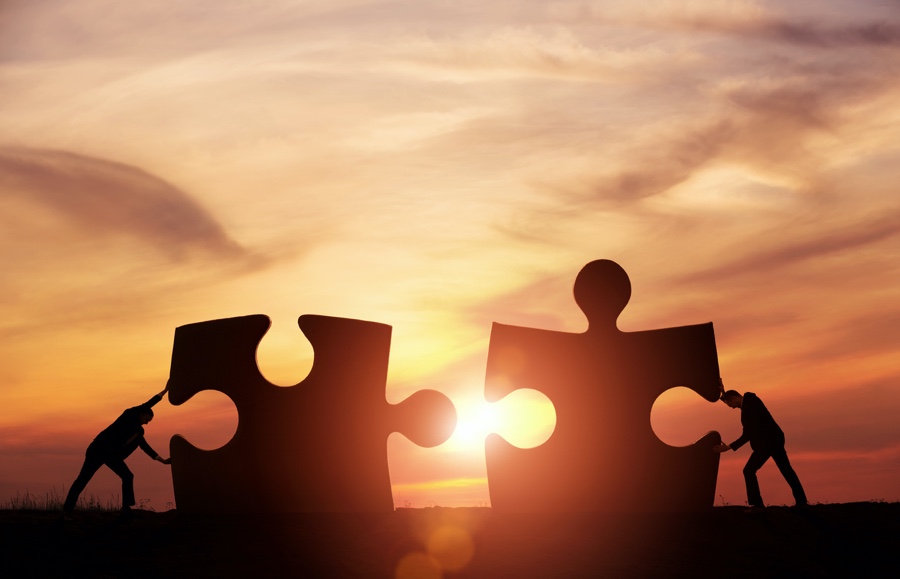 Mark Galli’s December 2019 editorial in Christianity Today calling for President Trump’s removal laid bare a deep gash separating evangelicals. I fear the gash will deepen during Trump’s impeachment trial. It’s already harming our witness. We’ve got to find a way to unify in the faith, even as we disagree over our politics.

Jesus never said, “They will know you are Christians by your opinion of the president.” He said, “By this all people will know that you are my disciples, if you have love for one another” (John 13:34-35).

Galli was right to be concerned about Christian witness. But he described the problem wrong, which led to a terrible answer. The real problem is Christian unity, and the lack thereof.

We Can Unite Without Agreeing on Everything

For yes, there is a problem with our witness. It has less to do with our opinions about Donald Trump, though, and much more to do with how we view each other. We don’t believe the best of each other; we don’t have each others’ backs.

Consider the often-discussed evangelical leadership group that meets with Trump from time to time. To hear some on the #NeverTrump side, no Christian leader can get close to Trump without catching his real and alleged moral stains and spreading them to the whole church. The sins of the president are thus visited upon those who, well, visit him.

Jesus never said, “They will know you are Christians by your opinion of the president.”

Besides that, Trump is using these Christian leaders for political gain, or so some claim. In return they too are using Trump, perhaps pushing their personal agendas, perhaps satisfying their need to hang out with the rich, famous and powerful.

That’s one view of it. Ask the leaders who meet with Trump, though, and you’ll hear a different story. They meet with the president to support him with prayer and Christian love, to advise him with biblical wisdom, and to speak truth to power.

Now, is there a problem with that? Does anybody really want Trump presiding over the country with no Christian input?

A Better Way to Deal With the Spiritual Risks

The spiritual risks surrounding this group are real. Politicians can use spiritual leaders for their own purposes. Every Christian can fall into the sin of chasing his or her own ego rather than following the Lord.

Other evangelical leaders therefore have every right to care how this group comports itself. But they do no good at all expressing that concern by standing on the sidelines, shouting, “Danger! Icky stuff there! Retreat!”

Does anybody really want Trump presiding over the country with no Christian input?

Of course, these Christian leaders aren’t just meeting with Donald Trump, they’re associating with each other too. Some #NeverTrumpers point to some of Trump’s Christian advisers as being theologically suspect. Their supposed theological dirt (for those who think it’s dirty) rubs off on the rest, right?

Wrong. Sure, theology matters in other contexts, but not this one. Here’s why: Trump chose his advisers. That’s a presidential stamp of approval, not a theological one. That should not keep any Christian from accepting the chance to influence our president.

The Left and some #NeverTrump Christians paint this evangelical advisory group as self-serving and hypocritical.

Imagine, instead, if we joined hands and told the world we stand for each other. That we’re grateful to God for a president who seeks out Christian counsel. That we pray their counsel would be wise, and the president would listen. That we don’t assume that their participation in that group means they approve of Trump’s every tweet; instead, we pray that he would accept any wisdom they might offer.

And that we stand together. Our witness requires it: We must stand together. Not on Trump or his policies, which we can still disagree on, but on our unity in Christ and our love for one another in Him.

I’ve spoken here of just one issue affecting Christian unity in the Trump era. I have much more in mind. Stay tuned.