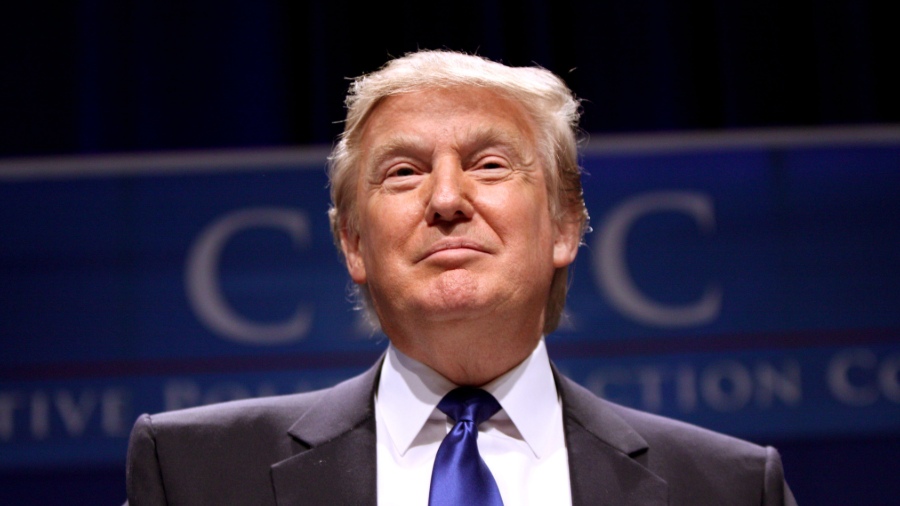 The progression is clear and undeniable.

How We Have Changed

For many Bible-loving, followers of Jesus, Donald Trump was our last choice for the Republican nomination. We didn’t like his past. We were appalled with some of his comments. And we didn’t trust him to keep his promises. Those were certainly my sentiments during the primaries.

Things changed for many of us when he became the Republican candidate, since, in our view, a Hillary Clinton presidency would have been disastrous. It was at this time I began to write articles like, “Why I’m Actually Rooting for Donald Trump” and “Why I Will Vote for Donald Trump.” (For a collection of 100 relevant articles, see here.)

Come election day, we voted for him. But, still, for many of us, there was great trepidation. How would he behave once elected? Would he live up to his campaign commitments to evangelicals? And would the good he do outweigh the bad?

So, we were with him, but cautiously.

Then, he was elected, and it really appeared as if the Lord had a special hand in getting him in.

The scenario was so unlikely and Hillary Clinton’s political machine so formidable that his election seemed impossible. But there he was, victorious. Maybe God does have a plan to use him!

So, our sentiments shifted a little more in his favor. And yet, we remained cautious.

The man is evil! The man must go!

That, in turn, triggered a response in us: “We will defend our man! You’re trying to get rid of the man we voted to be president.” Our caution was now replaced by loyalty. You attack him, you attack us.

Second, the Democrat Party began to lurch further and further left, fighting Trump’s conservative policies with an extreme liberalism never before seen on this scale. And the crazier the Democrats became, the happier we were to have Trump (rather than Hillary) in office.

“Yes,” we said, “he’s far from a perfect man. But what’s the alternative?”

All the more has this become our position with the current crop of Democratic presidential candidates.

Third, Trump kept many of his promises to us, one after the other.

He did fight for our religious liberty.

He did nominate lots of fine justices to the courts.

He did push back against LGBT extremism.

He did move the embassy to Jerusalem.

Not only so, but he surrounded himself with fine Christian leaders and appointed many fine evangelical leaders to his Cabinet.

In fact, in contrast with some of our past Republican leaders who got close to evangelicals while running for our office then cut many of those ties once elected, Trump has done the opposite. He is more connected to us than ever.

Now We Feel the Need to Defend Him

How, then, we wonder, can we be disloyal to him? How can we not stand with him when he is attacked — and I mean stand with him openly and proudly? Is this not part of our sacred duty as well?

And it is here that we find ourselves in a moral and ethical dilemma. We now feel the need to defend him at every turn.

If he uses ugly rhetoric and engages in personal insult, we applaud him. “We need someone who fights back!”

If he stretches the truth to make a point (to put it mildly), we say, “Show me one politician who tells the truth.”

If he makes a wrong policy decision, we’re silent. After all, we don’t want to appear to undermine our man.

But just a few years ago we would have called these things out. We would have said, “This is disgraceful behavior, unfitting for a president.” Or, “Lying never helps anything.” Or, “With all respect, we differ with this policy.”

Are We More Jealous For Trump’s Reputation Than Jesus’?

Instead, today, we feel morally obligated to defend his every decision and word. But why?

It’s one thing when he’s lied about. By all means, if you have the opportunity, set the record straight.

It’s one thing when he’s the subject of witch hunts designed to take him down. Call them out for what they are.

My friends, this ought not to be.

Really now, since when did any elected official deserve our total and unswerving loyalty at each and every point?

Our Christian witness and our moral integrity must come first. And that means that we say, “Yes, I voted for President Trump and plan to do so again, but I take issue with some of his words and actions and decisions and have no problem saying that.”

Really now, since when did any elected official deserve our total and unswerving loyalty at each and every point?

Devoted to Jesus, Voted for Trump

Let that be how the world knows us: As devoted followers of Jesus. And yes, we voted for Trump.

And don’t let the watching (and often hostile) world determine the narrative. Don’t let people judge you by whether or not you voted for Trump. Be judged for your life testimony and work.

And there’s one more reason you don’t have to take it on yourself to be the president’s Defender in Chief. He’s more than capable of defending himself.