A Christian Ministry Wants Me to Rebuke Ben Shapiro for Blasphemy 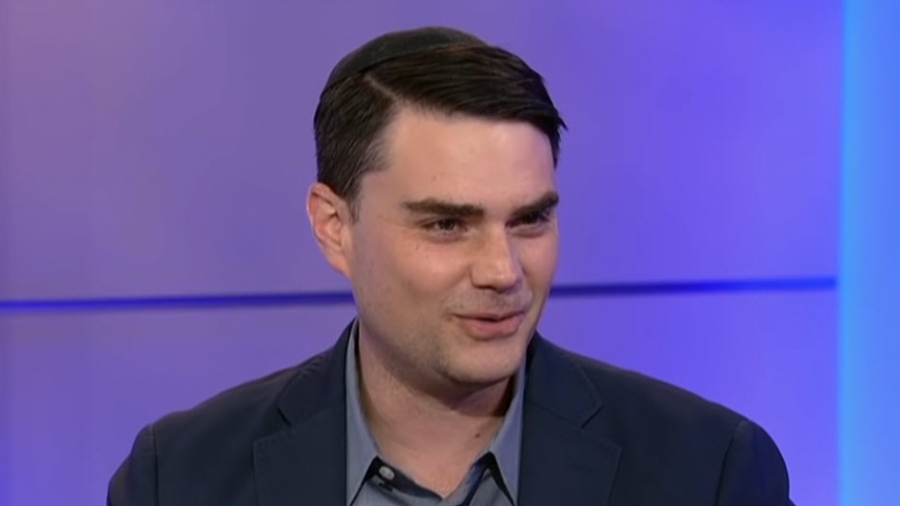 This is a not a click-bait headline. And it is certainly not a joke. A Christian TV ministry wants me to prove my orthodoxy by rebuking Ben Shapiro. Seriously.

To share some background, I recently called out an internet-based, Christian TV host for claiming that the Jews owned Donald Trump, the Jews owned evangelical Christian leaders, and the sexual revolution was a Zionist operation. And I offered to debate the allegations publicly.

In response, that organization invited me to join the host on his TV show to discuss the issues.

My assistant sent back an immediate yes, provided that the host would join me on my radio show as well. If not, I suggested we have a formal, moderated debate.

When weeks went by without a response (despite several emails from us), my assistant reached out one last time.

“We are not interested in a debate. We are waiting for Dr. Brown to rebuke Ben Shapiro for blaspheming Jesus Christ.”

He was sent this email: “We are not interested in a debate. We are waiting for Dr. Brown to rebuke Ben Shapiro for blaspheming Jesus Christ. It appears that Mr. W___’s message of repentance and warning in these final moments before the Lord’s soon return upsets him more than Mr. Shapiro mocking our Savior.”

This is beyond amazing. First, a ministry purporting to be Bible-based and God-fearing will neither retract its antisemitic comments nor defend them in the public square. This is highly irresponsible, to say the least. If you’re on the side of truth, then by all means, make your point and defend your point and allow your point to be scrutinized. Otherwise, best to hold your peace and be silent.

When it comes to Christians making ridiculous claims about Jews, all the more is there a need for serious introspection. The horrible history of “Christian” antisemitism, a history that led to the persecution, expulsion, torture, and slaughter of countless hundreds of thousands of Jews, should give us pause for thought. How much more thoughtful should a Christian leader be when speaking to an international audience.

Second, the antisemitic libels peddled by this TV host are now classified as end-time prophetic warnings. This makes his charges even more dangerous: “Jesus is coming soon, and you better beware of these Jews!”

Third, according to this ministry, it is the duty of Christians to rebuke Jews for not believing in Jesus. What an effective way to win our Jewish friends to Him! What a great strategy! We can use it with Muslims too, along with atheists and agnostics and all those who do not believe in the deity of Jesus. We rebuke you all, you blasphemers! And blaspheming Ben, we put you at the top of the list!

Forgive my sarcasm, but it is certainly merited.

As a modern Orthodox Jew, Ben is a practitioner of Judaism, and so, he does not believe that Jesus is the Messiah of Israel, let alone God. But he doesn’t go around mocking Jesus and He doesn’t insult Christians who worship Him as Lord.

He recently had a tremendously respectful dialogue with evangelical pastor John MacArthur as MacArthur explained his Christian beliefs. Shapiro even allowed MacArthur to speak at length about Isaiah 53, the most famous prophecy of Jesus in the Old Testament. Watch the interview for yourself. There was nothing but respect in the midst of their theological differences.

Someone also posted a comment on my Facebook page the day after Resurrection Sunday, linking to a powerful article about the crucifixion by Erick Erickson. The article ended with these words:

“God loves us. He sent his son to die for us that we might have eternal life. All we must do is put our faith in Christ as our Lord and Savior. The message of the Easter season is one of grace, forgiveness and redemption. Christ died that we might live. His very being is a truth we all need.”

The comment on my Facebook page read: “Dr Brown, Ben Shapiro actually shared this article.” In fact, it was posted prominently on the Daily Wire, where Ben serves as editor-in-chief. And what does this Christian ministry want me to do? Rebuke Ben for blasphemy!

Sharing the Gospel With My Fellow Jews

As a Jewish follower of Jesus, I have spent the last 47 years sharing my faith with my fellow Jews.

I have written a 5-volume series titled Answering Jewish Objections to Jesus. I have produced a 22-hour lecture series titled Countering the Counter-Missionaries. I have engaged in countless debates with rabbis and Jewish scholars. I have recorded scores of Jewish-outreach radio and TV broadcasts that have aired across America and around the world, including Israel. I was even branded “Public Enemy #1” by an Orthodox rabbi because of the effectiveness of my work.

Do I believe in calling everyone to repentance, both Gentile and Jew? Absolutely.

I also personally sent Ben a copy of my book The Real Kosher Jesus, so he knows exactly what I believe. Suffice it to say, then, that I have some experience sharing the gospel with the Jewish community. And the best way to do that is not by rebuking Jews for blaspheming Jesus.

Do I believe in calling everyone to repentance, both Gentile and Jew? Absolutely (see Acts 17:30; 20:21; 26:20, just for relevant words from Paul.) “Repent” has been the heartbeat of my message since I started preaching in 1973.

Do I believe that Jews, like Gentiles, need Jesus to be saved and forgiven? Without a doubt. In fact, the gospel is to the Jew first (Romans 1:16).

But the idea that I should prove the validity of my faith by rebuking Ben Shapiro for blasphemy is as repugnant to me as it is foolish.